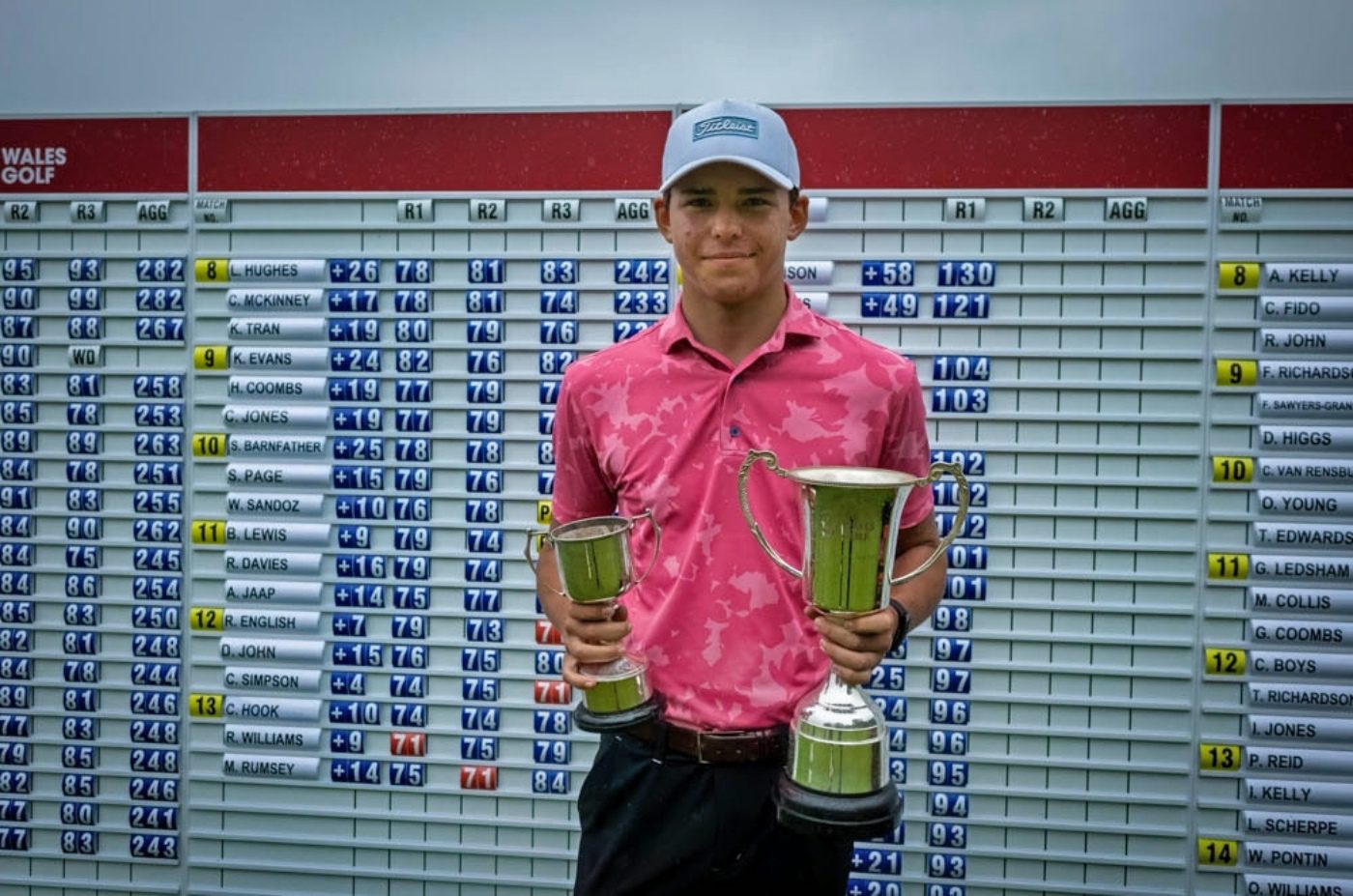 A talented young pupil has added further success to the Rydal Penrhos Golf Academy with another exceptional performance on the national stage.

Charley Simpson, who is entering Year 12 next month, travelled to Neath Golf Club for the Welsh U16 Open Championships, which was held over a testing two days and saw competitors play 54 holes (three rounds) during this span in pursuit of the crown.

The Golf Academy member has developed his skills considerably since joining Rydal Penrhos in Year 7, rising through the regional and national ranks en route to some notable accolades despite his tender age.

Charley performed well during the first day, putting himself right in contention atop the leaderboard and producing some memorable highlights along the way.

Entering the final round three strokes behind the leaders, Charley rose to the occasion incredibly well while others around him faltered, ending the day one-under-par to emerge victorious in both the Boys U16 and Overall U16 categories by three shots.

This represents a six-shot turnaround in Round No. 3 for Charley, which was an incredible performance and further enhanced his status as one of the brightest young golfers anywhere in the country.

This is the second time Charley has achieved national recognition to such a standard after winning the U14 Welsh Boys Open Championship in 2019.

Charley was due to represent Wales U16s at the Boys’ Quadrangular competition, which was set to take place at Donabate Golf Club against Scotland, Ireland and the Netherlands this week.

Unfortunately, organisers cancelled the event for the second straight year due to COVID-19 travel risks, but the Welsh contingent is heading to Royal Troon Golf Club to take on the Scotland squad instead for what should be another memorable experience for Charley and his teammates.

Everyone at Rydal Penrhos is absolutely thrilled for Charley and everything he continues to accomplish in a golfing environment. Congratulations!