A talented musician and Sixth Form pupil at Rydal Penrhos has been awarded an exceptional examination grading in Piano to cap off an incredible series of achievements.

Harry Grocott, who is a Year 13 pupil at the school, sat his Grade 8 Piano assessment from the Associated Board of the Royal Schools of Music before the Christmas break. His hard work and dedication to practice secured him a superb final mark, with Harry managing to pass with Merit.

The achievement was made even more impressive by the current learning challenges surrounding COVID-19, which forced Harry to conduct some sessions virtually to ensure he remained on target for the exam.

In recognition of a sensational achievement, Harry was given a special gift from his Music teacher Barry Seaman, with whom he began learning from the age of seven.

The Prefect was presented with a beautiful book on Bach that had in turn been handed down to his Music teacher by the person who taught him.

This was a testament to Harry’s conduct and willingness to improve his piano playing skills during their decade together.

He has already received several offers and is considering Durham as his university destination at present.

This is somewhere a large number of Rydal Penrhos’ 2020 leavers went as their first-choice destination after securing the school’s best-ever A Level results last summer. 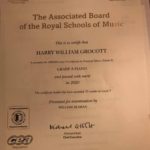 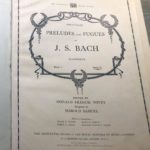 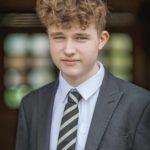