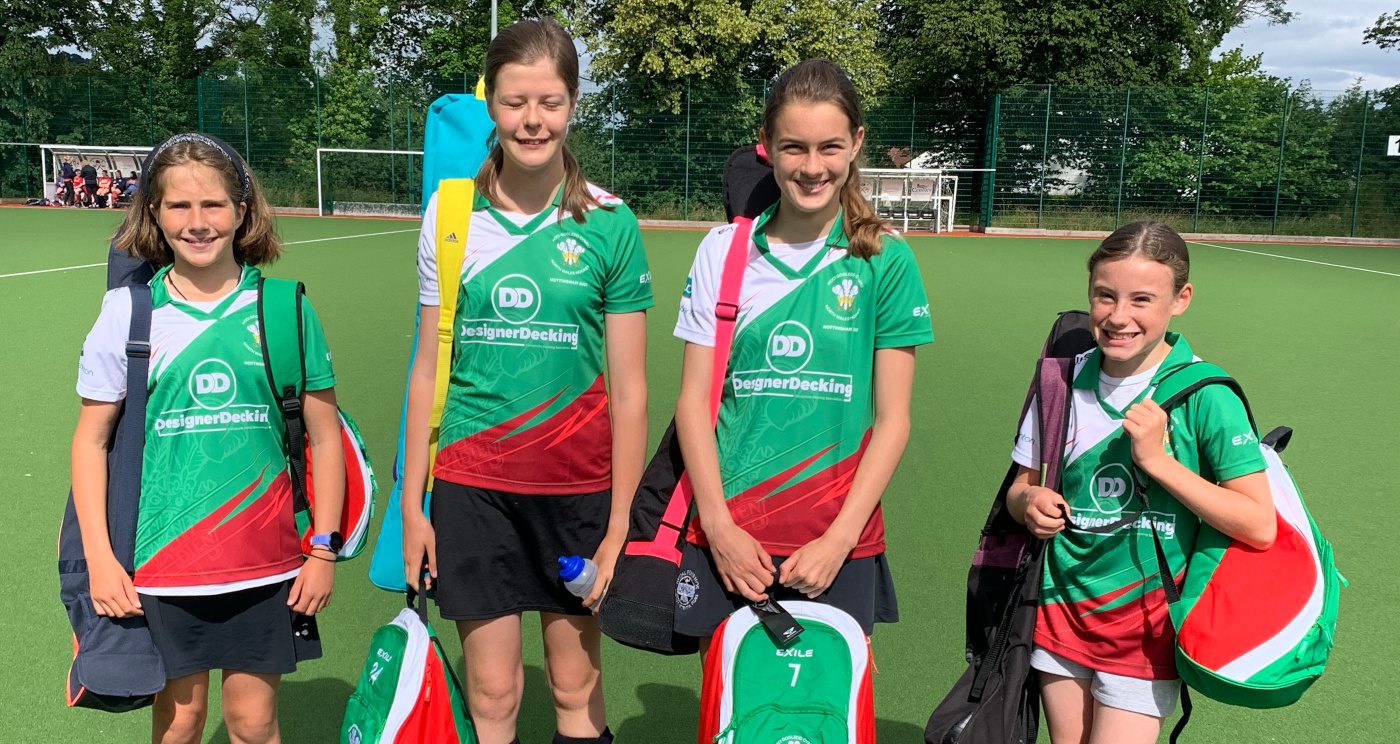 Some talented hockey players from Rydal Penrhos geared up for a high-profile tournament with an impressive win as part of the North Wales U13 squad.

Four of our aspiring hockey stars at Rydal Penrhos will be heading to Nottingham later this week to compete at a prestigious national competition with the North Wales U13 squad.

Year 8 pupils Fflur Pierce and Keira Luke, together with the Year 7 duo of Charlotte Payne and Lily Copeland, earned selection to the regional squad earlier this year after impressing considerably during the trial process. An outstanding achievement considering the relative lack of activity over the last 17 months due to COVID-19 restrictions.

The quartet has been training hard with other squad members in recent weeks, with the team also taking part in a warm-up fixture against Bala U16s before competing at the United Kingdom National Tournament, which begins on Friday 16 July and takes place over a three-day period.

Despite coming up against much older opposition, the North Wales team produced a highly encouraging performance to come away with a well-deserved 5-1 victory as a result of their efforts.

Rydal Penrhos pupils played a leading role in their success, with Lily hitting the target on two occasions and Charlotte also finding the net once during the contest.

Keira and Fflur also gave a very good account of themselves, which should serve the group well during a testing weekend competing against some of the best young regional squads in the country at the Nottingham Hockey Centre, which is one of the finest facilities on the continent.

North Wales kick-off their U13 Girls Regional Championships tilt with a game against West Panthers on Friday, before taking on Tensworth Development, Tensworth B and West Panthers again on Saturday.

A gruelling weekend concludes with contests against Tensworth Development and Tensworth B, which will hopefully see the North Wales team emerge as winners.

Rydal Penrhos has a rich history of hockey achievements throughout history. Many pupils have secured regional and national honours during their time at the school, with our U16 and U18 boys teams also winning many Welsh championships in recent years.

On behalf of everyone at Rydal Penrhos, we would like to wish Charlotte, Fflur, Keira and Lily the very best of luck this weekend with the North Wales U13 hockey squad. Pob lwc I bawb!