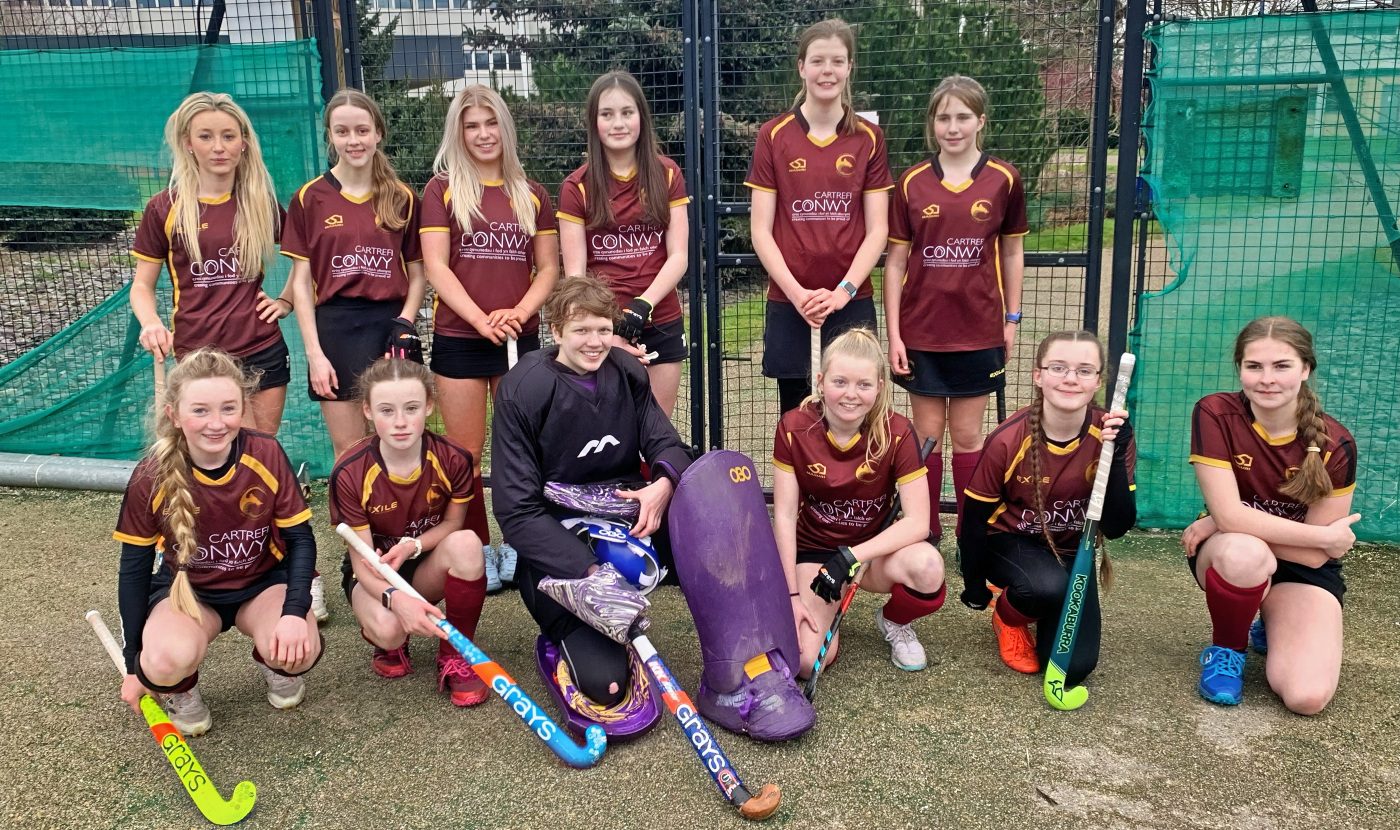 A large group of Rydal Penrhos pupils contributed significantly to another exceptional tournament victory for the Eirias Hockey Club U16 side.

There has been much to celebrate for Rydal Penrhos pupils upon their return to competitive sporting activities. COVID-19 restrictions frustrated our aspiring athletes for the best part of two years, but staff endeavoured to keep them on track with coaching on campus and outstanding programmes to enhance conditioning in school and at home.

Another way our pupils boost their respective skills is by competing for clubs and organisations. Rydal Penrhos actively encourages this and in some cases, it leads to regional and national squad selections thanks to their sterling talent and commitment.

One such team that’s been riding on the crest of a wave this season is Eirias Hockey Club, who featured no fewer than six pupils for yet another outstanding tournament triumph against some high-quality opposition from across the North Wales area.

Lily Copeland (Year 8), Keira Luke and Fflur Pierce (Year 9), together with the Year 11 trio of Lily Davies, Eve Durrans and Martha Hind travelled with the Eirias squad to the Wrexham Glyndwr Hockey Stadium to compete in a round-robin U16 tournament against Llanfair, Bangor, Caernarfon and Northop Hall.

This proved to be another worthwhile outing for the team, who managed to rack up 13 points by winning four, drawing one and losing one of their six contests throughout the event.

Eirias emerged as the overall victors as a result, narrowly pipping the Bangor Hockey Club A team that consisted mostly of Year 11 boys.

All six Rydal Penrhos pupils made a lasting impression during the competition and we would like to congratulate them and the entire Eirias Hockey Club squad on a fine accomplishment.