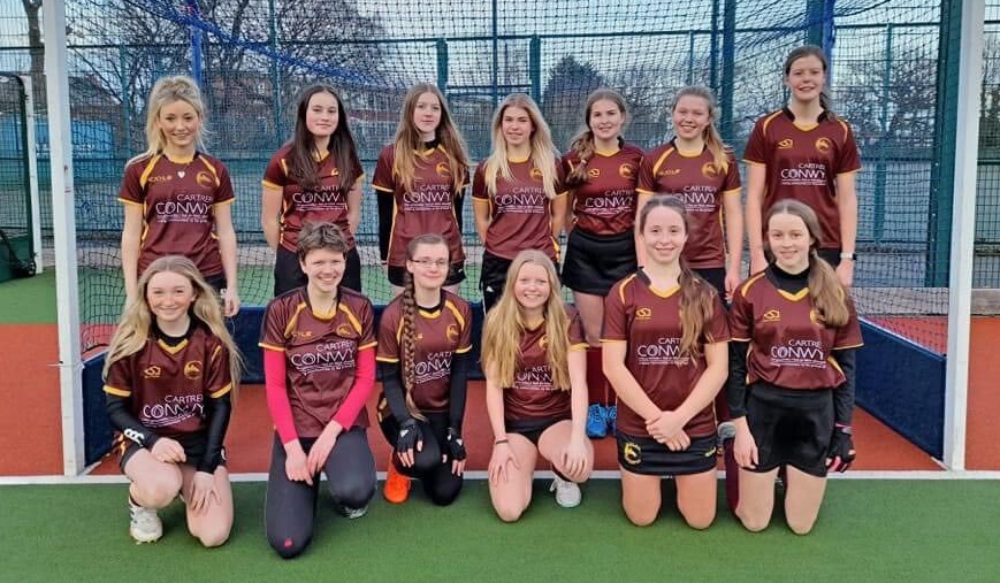 Rydal Penrhos pupils have been busy developing in and out of the classroom during the academic year so far. It’s been an uncertain time with ever-changing restrictions, but progression has continued encouragingly across subjects, within outdoor education and in a sporting environment.

Our pupils also benefit enormously from participating in clubs, teams and organisations outside of school hours. This gives them plenty of useful experience that stands them in good stead during their time at Rydal Penrhos.

Another impressive example of this recently came in the field of Hockey, with a number of aspiring stars assisting Eirias Hockey Club U16s to a notable tournament triumph and booking their place in the Welsh Cup semi-finals.

Competing in the Northern qualification pool, the squad produced the goods throughout a series of fixtures to emerge unbeaten with a 100 per cent record and come away with the crown.

This was followed by an exceptional attacking display en route to a 4-0 success over Bala Hockey Club, and Eirias finished off in style with a hard-fought 1-0 victory over Caernarfon Hockey Club to move on to the next stage of the competition.

Preparations are now underway for the semi-finals, which will take place on Sunday 27 February and will see the squad aim to reach the prestigious finals later this year.

Everyone at Rydal Penrhos would like to congratulate Eve, Lily, Martha, Keira and the entire Eirias Hockey Club team on their win. We wish you the best of luck in the semi-finals!