Three talented hockey players at Rydal Penrhos shone for North Wales at a major national tournament over the summer break.

It was a busy summer for three Rydal Penrhos pupils, who helped the North Wales U13 squad secure their best-ever performance at the Regional Hockey Finals in Nottingham.

Lily Copeland, Charlotte Payne and Fleur Roberts assisted the squad to one win, two draws and two losses, including a 3-0 triumph in their final match of the national three-day competition, which was played over the hottest weekend of the year with temperatures hitting 37 Degrees Celcius.

Lily captained the 18-player squad selected from hockey clubs across the region, with Charlotte appointed vice-captain. Both thrived in their respective roles, providing support and leadership to their teammates against some of the best young talents in the country.

A 6-0 loss on day one to Irish regional champions Portadown provided a wake-up call to the squad. Something they put to good use en route to conceding just three goals over the next four games while scoring five.

An early start on Saturday saw North Wales draw 1-1 with Solent after completely dominating the match.

They then faced group favourites Staffordshire, who had massively outscored every team in the group. After a closely fought battle, Staffs scored a late winner to scrape past North Wales 1-0.

In soaring temperatures, which required the umpires to stop games at regular intervals for water breaks on the final day of action, North Wales began with a 0-0 draw with North West regional side Tensworth.

Then in the final match of the day, the North Wales girls had another opportunity to try and beat Solent. After dominating possession and spending most of the match camped in the opposition’s half, the group prevailed with a 3-0 win and their finest finish since entering the tournament.

Everyone at Rydal Penrhos would like to congratulate Lily, Charlotte and Fleur on their marvellous effort. You should be very proud! 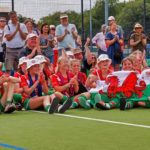 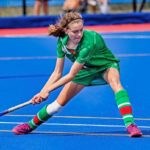 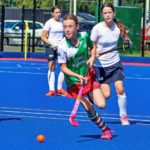 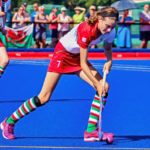 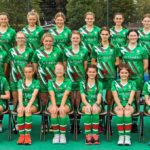 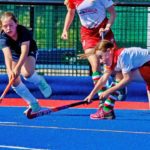