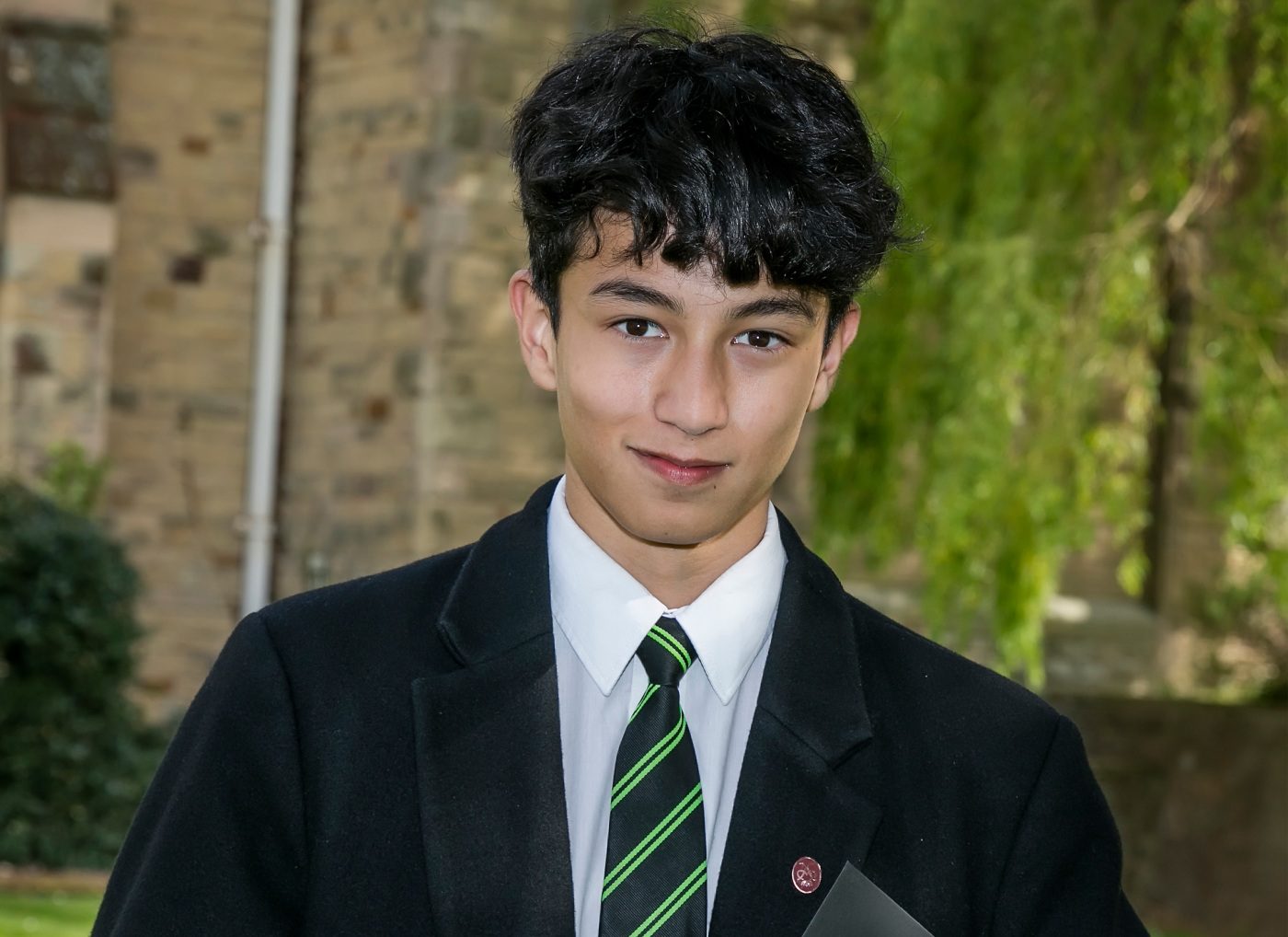 Juan Rajagopal’s time at Rydal Penrhos has been full of accomplishments, and this was enhanced by an exceptional set of GCSE results.

Juan joined Rydal Penrhos in Year 7 and has just secured a great set of GCSE results including four 9s in English (1st Language), English Literature, Mathematics and Music, alongside four 8s in Business, Design Technology, French and Geography, and the pupil also secured a Distinction in Additional Mathematics.

His commitment to the sciences brought some further top marks, with Juan securing A* grades in Biology, Chemistry and Physics.

The Year 11 pupil is now set to embark on his Sixth Form journey at Rydal Penrhos, where he plans to study Physics, Chemistry, Further Mathematics and Economics at A Level.

Juan’s grades in Mathematics, Biology, Chemistry, Physics and Music were all taken a year ahead of schedule, and this is another fine example of what a driven and hard-working individual he has become under the guidance and support of the school’s dedicated teaching staff.

This is the latest in a series of outstanding accolades that Juan has attained from an academic perspective, with the pupil achieving national recognition from the United Kingdom Mathematics Trust’s individual and team challenges in recent years.

Juan’s contribution to school life has not been restricted to the academic, and he has taken full advantage of the wealth of opportunities available for every pupil from Pre-School to Sixth Form.

His astonishing piano playing ability has wowed audiences at various concerts produced by Rydal Penrhos throughout the academic year. And this has seen the pupil secure a wealth of achievements from grading assessments administered by the Associated Board of the Royal School of Music.

Juan is also making superb progress as part of Rydal Penrhos’ Duke of Edinburgh Award programme, which teaches valuable skills that will further prepare him for later life.