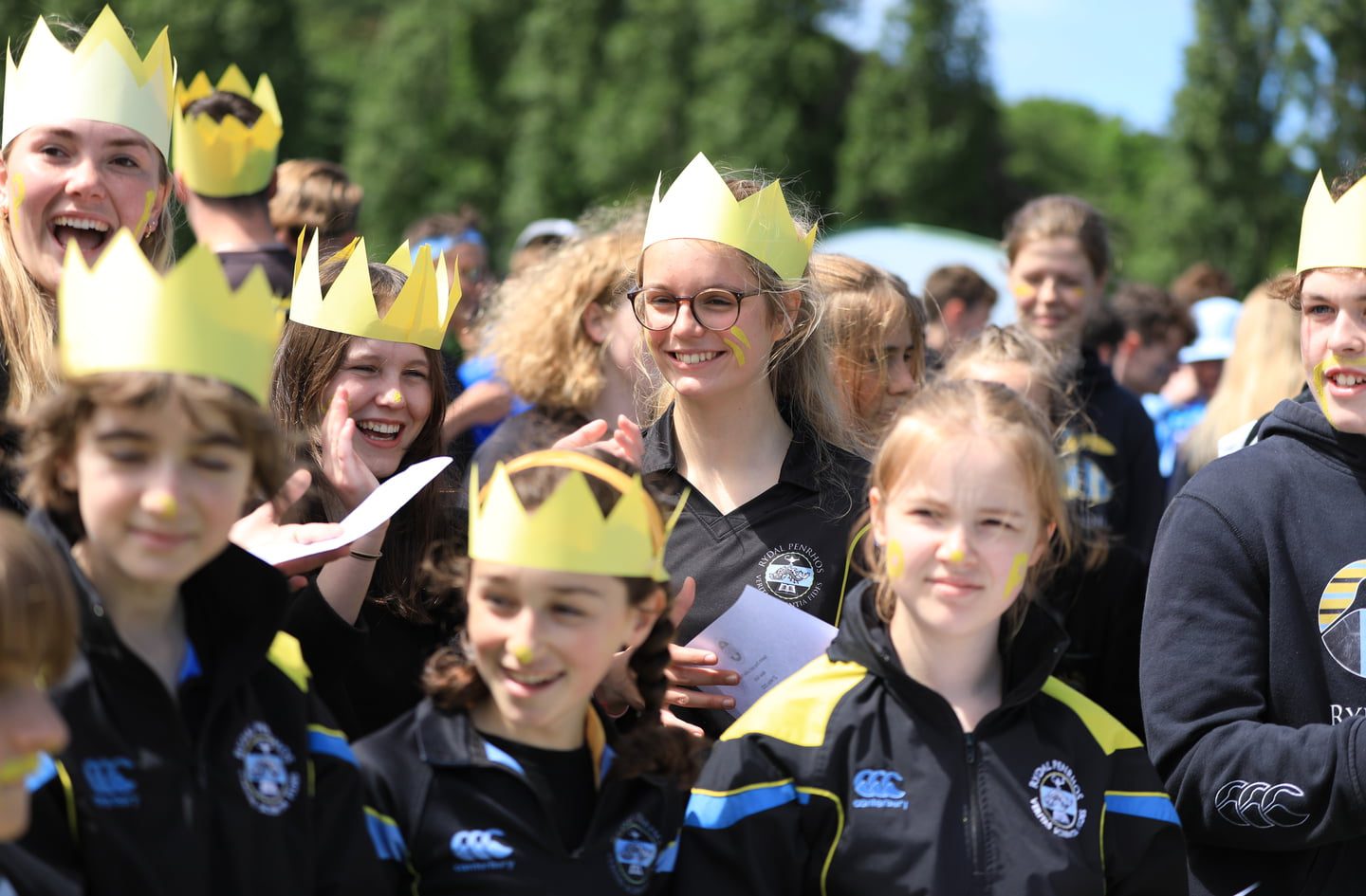 Rydal Penrhos staff and pupils gathered together for a special Jubilee Picnic to mark a landmark occasion across the country.

There was an enormous sense of excitement in the air shortly before the half-term break as Rydal Penrhos came together for a special event to mark the Platinum Jubilee of Queen Elizabeth II’s reign as Monarch.

After some meticulous planning from the school’s exceptional staff team, pupils and family members were treated to a lavish spread courtesy of catering providers Holroyd Howe during the Jubilee Picnic, which was held after the annual Sports Day festivities on New Field.

The event was greeted by amazing weather and there was a fantastic atmosphere throughout the occasion, which sent the school community off on their well-deserved break in good spirits after working tremendously hard over the first Trinity half-term.

Prep pupils lent their support to the picnic by creating their own artwork and bunting. This was done during art lessons with Mrs Suzy Morris and added an extra bit of colour and patriotism to the occasion.

The Queen has ruled for longer than any other Monarch in British history, becoming a much loved and respected figure across the globe.

Her extraordinary reign has seen her travel more widely than any other monarch, undertaking many historic overseas visits. Known for her sense of duty and her devotion to a life of service, she has been an important figurehead for the UK and the Commonwealth during times of enormous social change.

The Queen sees public and voluntary service as one of the most important elements of her work. She has links – as Royal Patron or President – with over 600 charities, military associations, professional bodies and public service organisations. These vary from well-established international charities to smaller bodies working in a specialist area or on a local basis only.