There was plenty of excitement in the air at Rydal Penrhos as Year 7-13 Sports Day made a welcome return to the calendar.

It was such a joy for staff and pupils alike to see one of the most prominent dates on the Rydal Penrhos calendar return after it was cancelled last year due to COVID-19. Although parents were unable to join us due to current restrictions, Years 7-13 made the short journey down to the incredible New Field on Tuesday 15 June for Sports Day.

This was the first major event for the school community since restrictions were lifted by the Welsh Government, and our incredible teaching and support staff worked incredibly hard to ensure every precaution was taken to make things as safe as possible.

Pupils also played their part – as they have throughout the last 15 months – remaining in their bubbles and adhering to every social distancing guideline to preserve the safety of themselves and others.

And to make matters even better, the return of Sports Day was greeted by glorious sunshine for those taking participating.

In addition to the team success, there were a host of individual winners who provided the occasion with memorable highlights during a thoroughly entertaining afternoon.

North Wales U17 squad member Jonathan Osbourne took home the 100-meter cup following a blistering time of 12.4 seconds, which is another strong indicator of his talent ahead of a busy summer of fixtures across the region.

The eagerly anticipated Rydal Penrhos Mile resulted in Gabriel Speakman taking home the crown, following in the footsteps of his brother Zach, a former pupil who also enjoyed similar success in the same race.

Jonathan’s impressive contribution saw him win the Middle Boys Cup to go along with his 100m trophy. After a close-fought competition, Eloise Chapman attained the Middle Girls Cup winner thanks to a series of outstanding performances.

The Senior Boys Victor Lodorum Cup went to Sam Bixby, with Emily Stubbing rounding off the individual accolades by scooping the Senior Girls Victrix Lodorum Cup.
This event could not have happened without the truly outstanding dedication of a staff team, who planned and implemented a structure that meant everything went off without a hitch.

A huge well done to everybody that took part and especially to the winners of every race, the individual trophies and to Morgan House for their overall triumph. 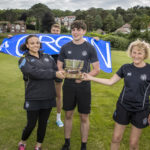 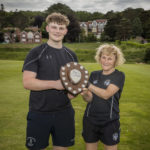 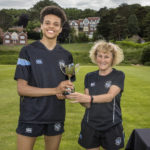 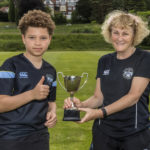 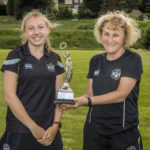 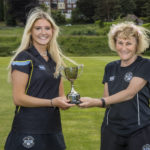 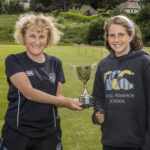 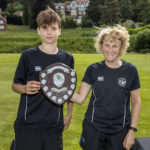 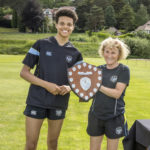