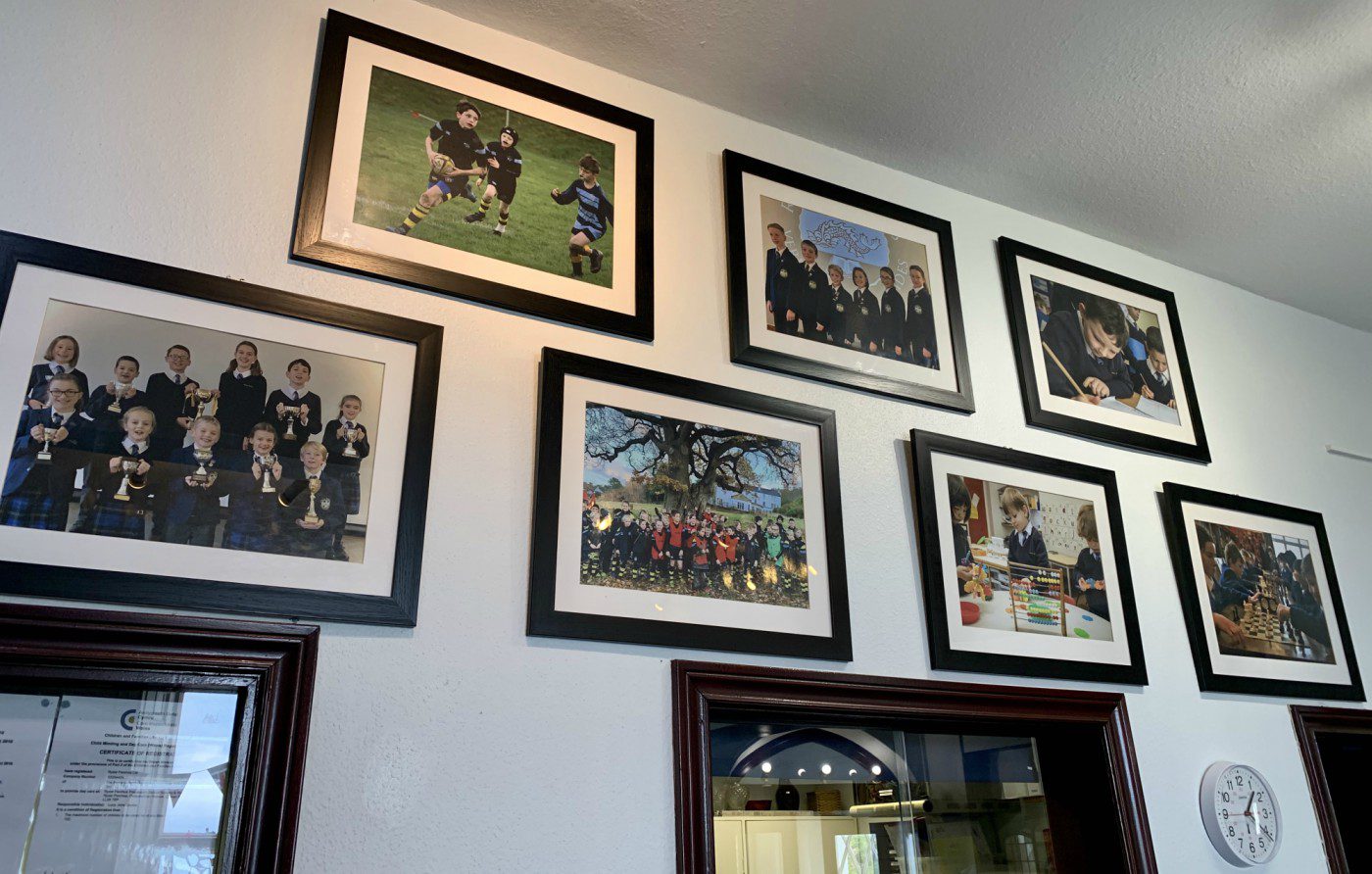 Little projects have been happening around the school building when we have a spare moment between cleaning and supervising.

The photos in the Prep reception foyer had pupils on them who have now left the senior school…in fact, I was told recently that one has now qualified as a midwife!

I decided that it was time for change and yesterday we put up new photos.

This was quite a protracted task; I’m not sure how they do it, but picture frames appear to weld themselves to the wall when they have been hanging for a while.

Despite only hanging from a single hook it took considerable cajoling to loosen them from their position and in some cases, brute force.

Luckily I have staff who have completed ladder use training but Mrs Williams and I still watched on with a sense of anxiety developing.

It’s funny how these ‘little’ jobs can turn into a mammoth project.

The keyworker pupils walking past the new photos yesterday spotted the difference straight away and were thrilled to see pupils whom they knew on the wall.