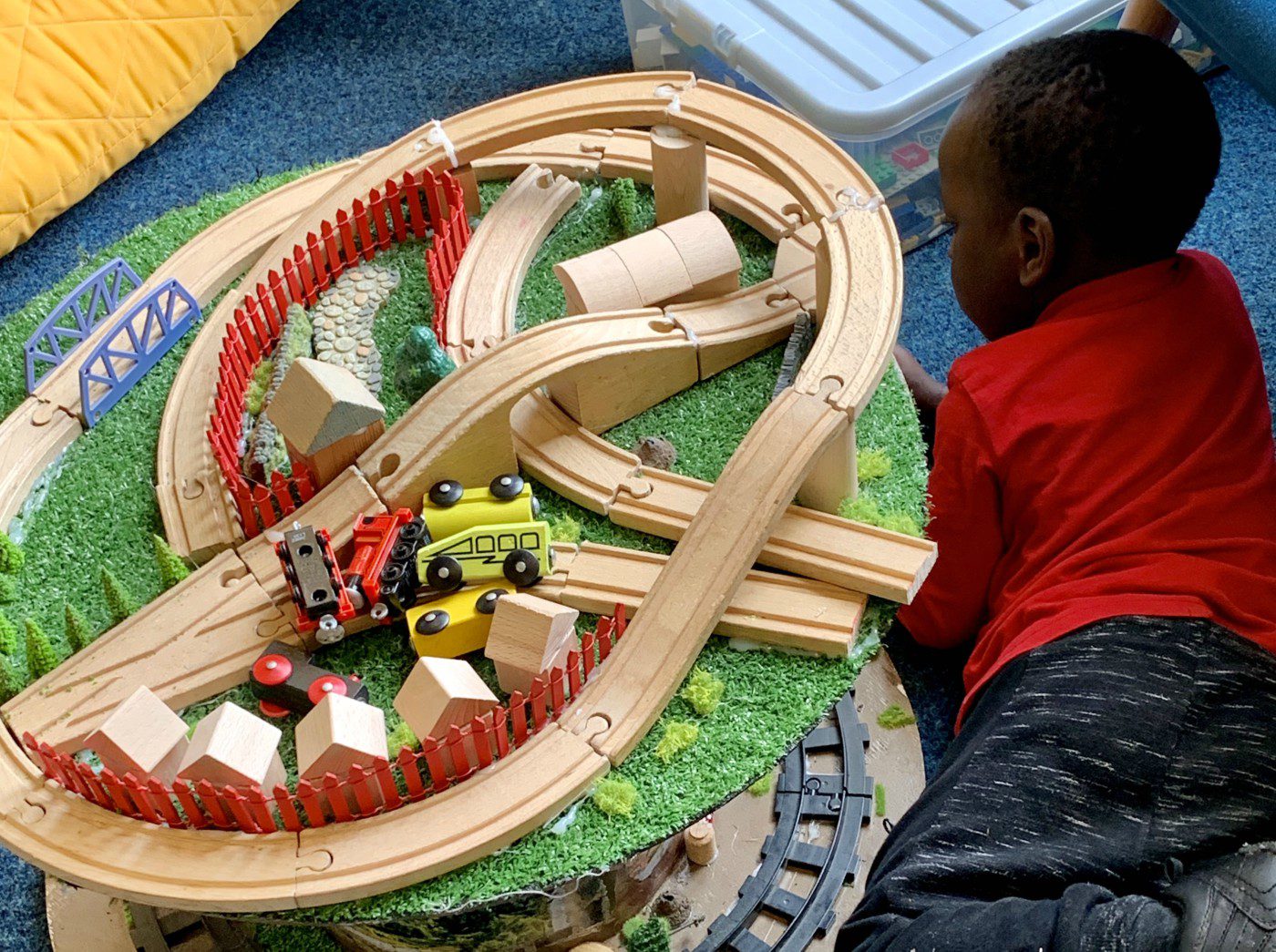 A sudden dip in pupil numbers attending today at Rydal Penrhos created high excitement amongst the youngest pupils who found themselves able to choose which of today’s designated ‘bubble’ toys they could play with.

As mentioned in this blog many times the fascination for toy railways is endless….what is it about them that perpetuates their popularity?

I watched a group of three pupils at play and could see that they just love to make the train with as many carriages as possible and then see it move along the track.

Even better if they can position the track themselves. The children prefer being able to lie down level with the train and watch it move sideways past them.

This repetitive behaviour seemed to bring them the same joy each time.

I began to think that maybe some academic research has been done on this phenomena and so I googled ‘Why do young children like toy trains so much?’ – 161,000,000 results!

The articles all go on to explain that this is part of the pleasure of film, television and computer games –they are based on a series of flickering images.  So we are hard-wired to enjoy TV!

I will watch the train playing with a new perspective now!