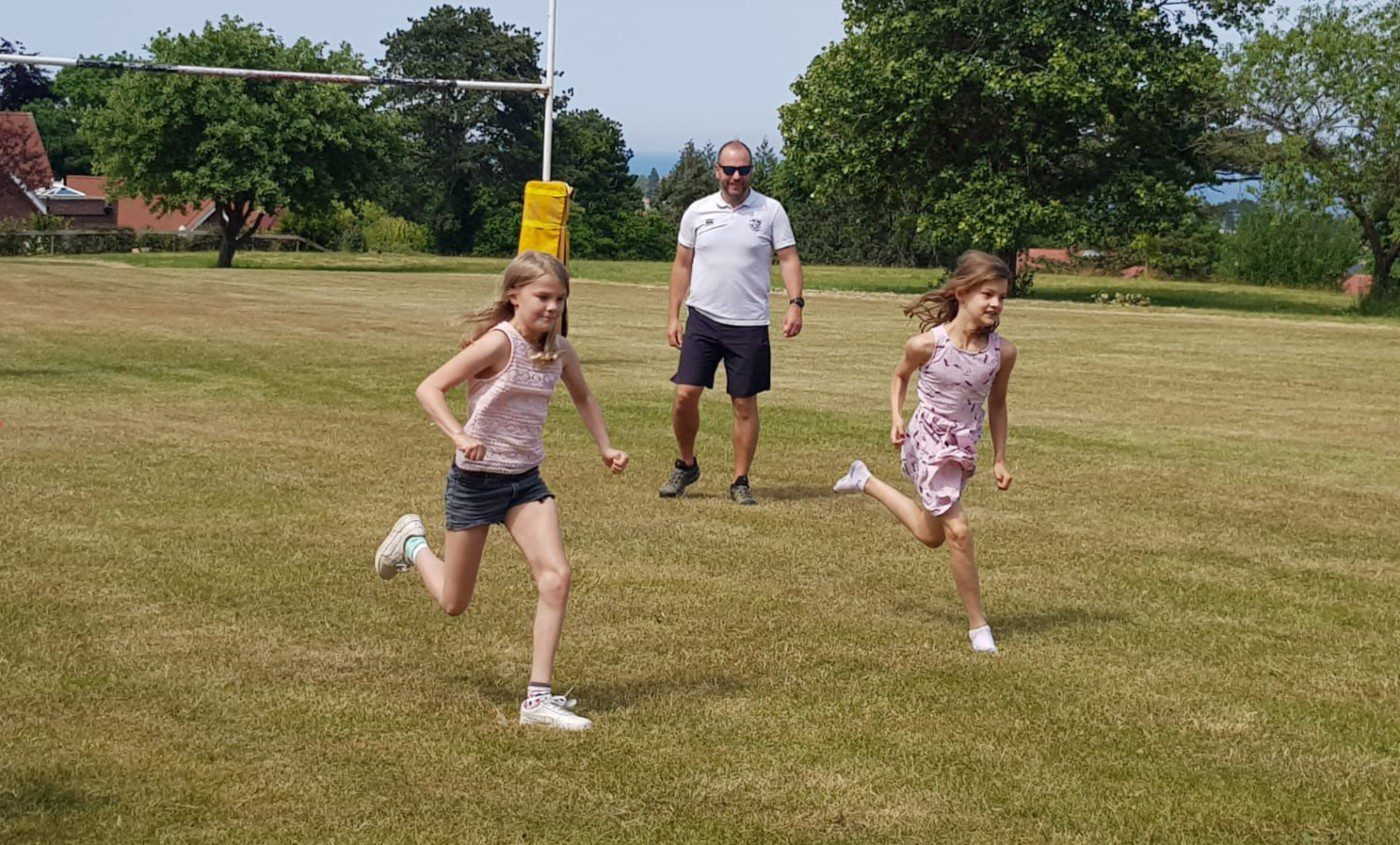 Ms Simpkins looked at the weather forecast and concluded that today was going to be the last sunny day for a while.

Consequently, when she came on duty at 1pm she had already made the decision that the pupils would abandon part of their usual timetable and take part in a double games lesson.

The pupils had been asking for PE and games for a while, well begging would be a more accurate description. After quite a few weeks of intense daily remote learning, based mainly on more traditional academic subjects these pupils are ‘lucky’ to be in a  group and thus a games lesson of sorts is a possibility.

As the other two teachers on duty were PE staff the games lesson was always fairly likely to be a success (good planning there by Ms Simpkins!). 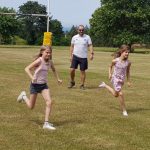 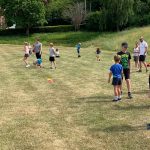 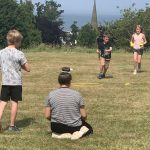 However, with social distancing in mind, it was decided to hold a series of athletics type activities with races and throwing topping the bill!

When I went down to the plateau, to play the part of an official audience, all of the pupils were thoroughly enjoying themselves, although it has to be said that not all were completely on task; one pre-schooler was asleep, another was rolling down the hill and yet another was doing random laps of the field!

However, since they were all members of different teams it evened things out and the competition continued around them.