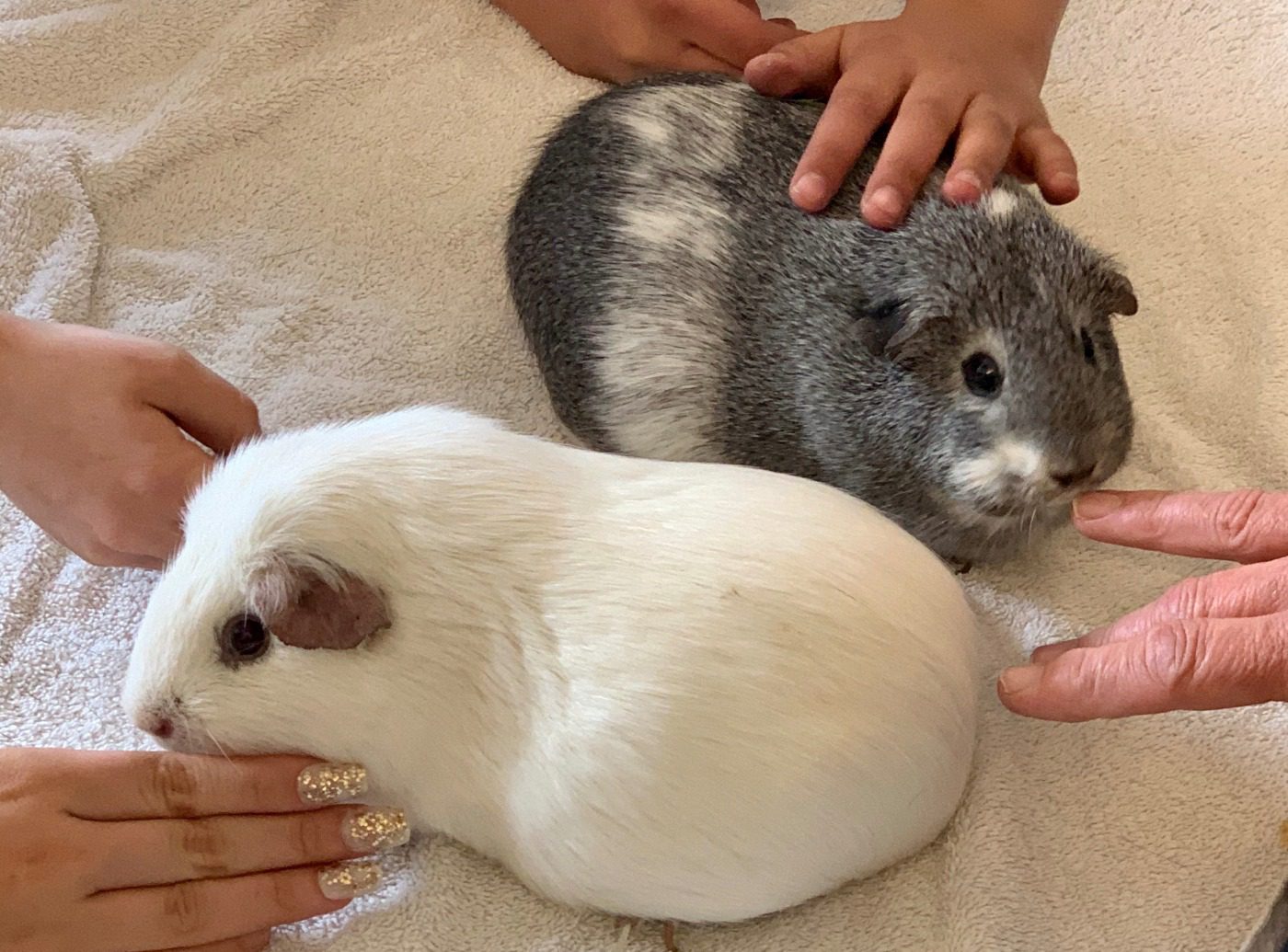 The ever-enduring appeal of guinea-pigs was put to the test today at Rydal Penrhos as the two Edwards boarding house pets were brought downstairs to brave the pupils!

The guinea pigs are well-used to being handled and were calm and obliging. I asked the pupils why they liked them and they all, at some point, mentioned the word ‘cute’. I was interested in why we love cute things, what does it actually mean?

On doing a little more research it seems that ‘cuteness’ is an idea that is actually very scientific and the word came into common speak from research done by animal behaviour scientists towards the end of the 1960s.

They discovered that humans have a tendency to be more caring towards animals with juvenile features such as human babies have.

These include a large, shortened forehead, large eyes and small chins. This cuteness factor engenders an automatic human response to want to care for the animal, just as we would care for a baby.

So that explains it…guinea pigs are cute…after all, have you ever seen a guinea pig with a big chin?