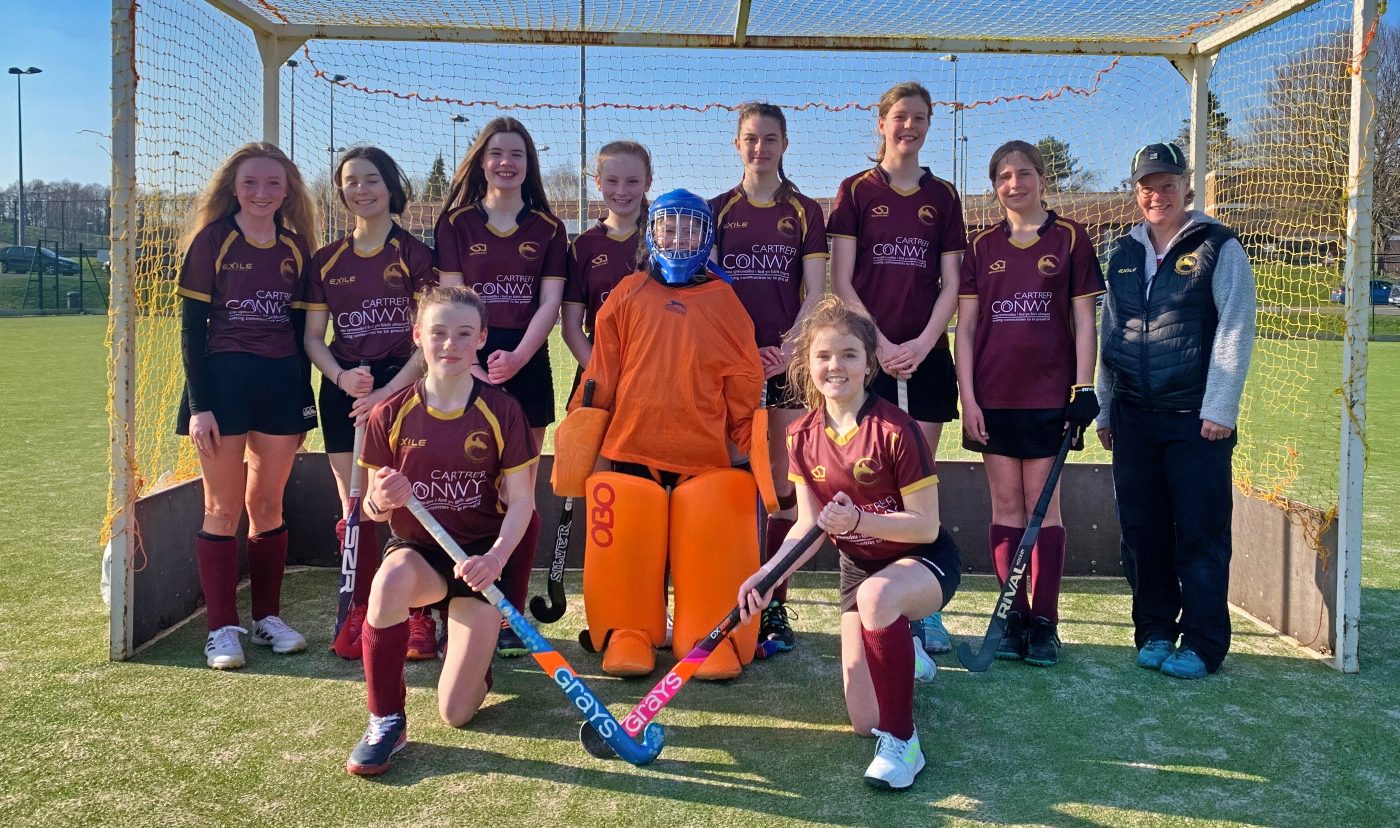 Rydal Penrhos has further representation at the upcoming Conwy Sports Awards after Mrs Jude Pyves and some hockey stars were named finalists.

Young hockey stars at Rydal Penrhos and a teacher who’s guided them exceptionally every step of the way have enjoyed an outstanding year that will live long in the memory.

Mrs Jude Pyves, who is a Prep School teacher and accomplished coach, also assists at Eirias Hockey Club through various age categories, with the set-up securing some notable achievements on the regional and national stage in recent months.

The school was delighted to discover that Mrs Pyves and pupils representing Eirias Hockey Club U14s have been named as finalists for the upcoming Conwy Sports Awards, which takes place on Friday 25 November at a special ceremony taking place at Venue Cymru in Llandudno.

This represents a significant and well-deserved achievement for all involved. Mrs Pyves enjoyed a glittering playing career before turning her attention to coaching, helping many talented players throughout the region develop significantly and the results speak for themselves for both Rydal Penrhos squads and away from school.

The Conwy Coach of the Year finalist led the Eirias Hockey Club U18, U16 and U14 squads to North Wales championship triumphs, ensuring their qualification to the National Finals, which took place in Swansea earlier this year.

The Eirias Hockey Club U14s are up for Conwy Junior Team of the Year after a phenomenal campaign. They went unbeaten in all regional fixtures, won the North Wales championship and finished third at the national finals.

Fflur Pierce, Keira Luke, Charlotte Payne, Lily Copeland, Fleur Roberts and Isabella Thomas all contributed to the team’s success throughout a testing series of fixtures. Something that built on the solid achievements accomplished by Rydal Penrhos during nationally-recognised competitions.

This is the latest piece of good news surrounding the awards, with Team GB sailor Freddie McLaverty also named as a finalist after an outstanding season on the water.

Everyone would like to congratulate Mrs Pyves and our aspiring hockey stars on their remarkable success and wish them the very best of luck at the Conwy Sports Awards.