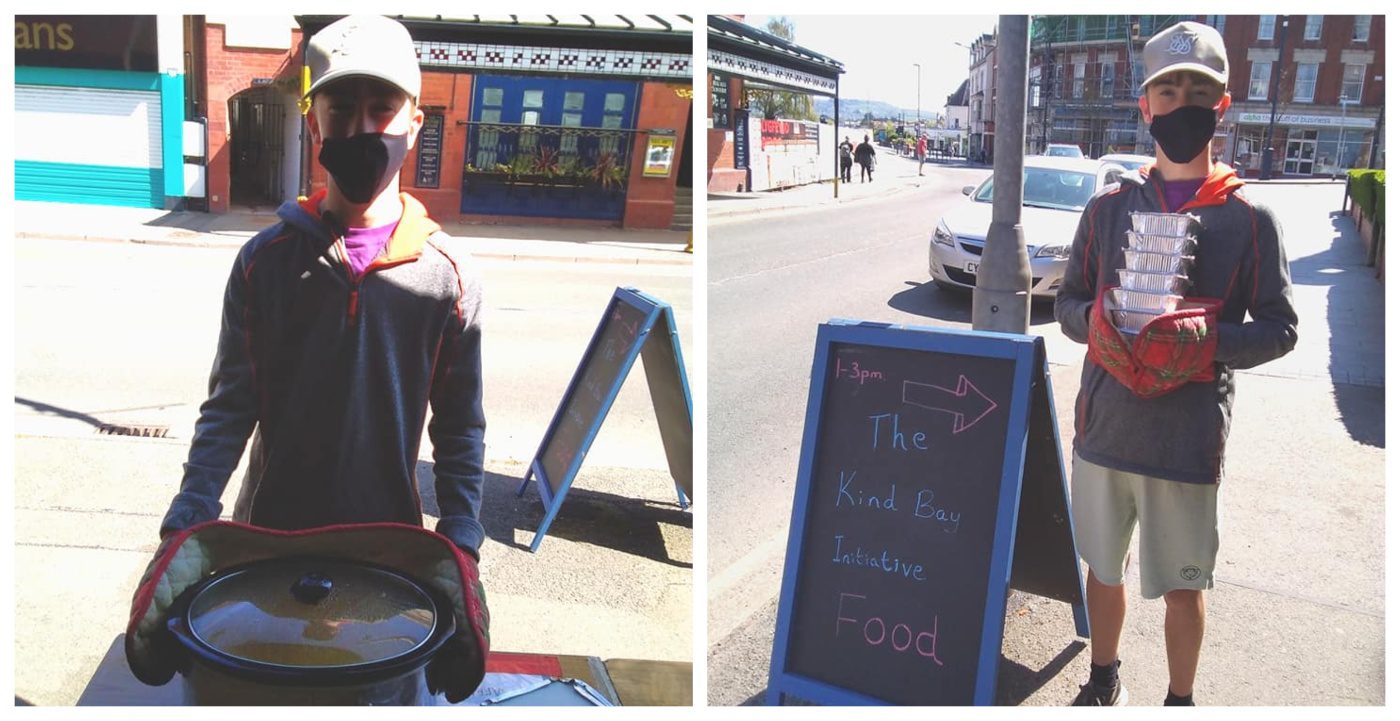 Rydal Penrhos pupil Noah Lewis helping out in the community as part of his Duke of Edinburgh Award.

The Duke of Edinburgh’s Award scheme is one of the activities at the core of Rydal Penrhos’ very substantial extra-curricular provision.

It’s scheme that has been at the forefront of the press recently with the passing of its founder The Duke of Edinburgh. He created it to develop skills in all children such as resilience, confidence, leadership, problem-solving, skills which will be invaluable to them as they move into adult life.

A large number of Rydal Penrhos pupils are encouraged to take part in the scheme and a very high percentage achieve their Bronze award.

Some then continue on to Silver and Gold, or pursue other extra-curricular activities such as Combined Cadet Force, Sailing or Golf. Those who have achieved the ultimate goal in recent years – a prestigious Gold Award – are rewarded further a trip to a royal location to pick up the award along with other successful candidates across the country.

Noah Lewis, who is a Year 9 pupil at Rydal Penrhos, has just begun his DofE journey at the school and wasted no time in assisting with a fantastic community charity as part of the compulsory volunteering portion of the award.

The pupil has spent a considerable period of time with the Kind Bay Initiative, a homeless charity that was set up with a view to tackling isolation and poor mental health by bringing people together and providing them with food, clothes, entertainment, and a listening ear.

Dr Jim Lewis, Duke of Edinburgh co-ordinator at Rydal Penrhos, said: “Noah should be extremely proud of this and I am very pleased to see that he has worked so hard to achieve such an amazing result.”

Noah is also a keen baker and has demonstrated a real talent for performing on stage during his time at Rydal Penrhos. This included a memorable performance during the Dramatic Society production of Les Miserables and the Speech and Drama Comedy Night.

A huge well done goes to Noah for his outstanding commitment and support to what is an important local community charity.

For more information on the fantastic Kind Bay Initiative, visit this link: https://www.facebook.com/thekindbayinitiative