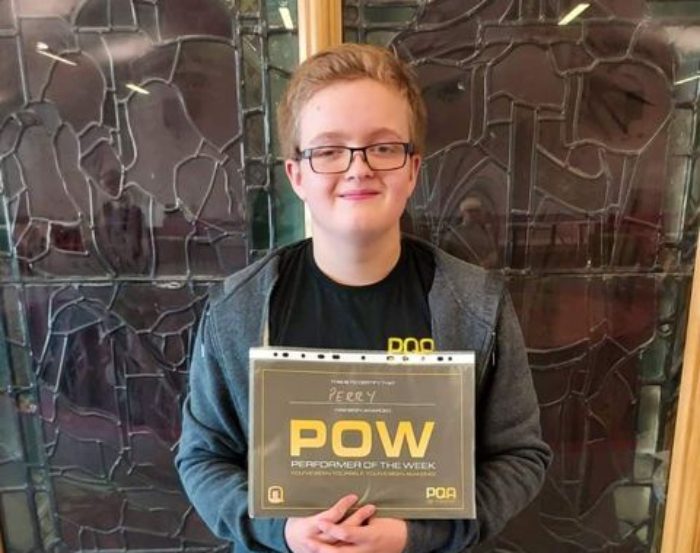 One of our Year 9 pupils at Rydal Penrhos, Perry Williams, has shown a real prowess for performing on stage since joining the school in Year 4, contributing to many school productions and concerts has recently won a special award for film making.

Perry is also a member of the Pauline Quirke Performing Arts Academy‘s Conwy branch outside of school, which is based at Rydal Penrhos.

The Academy alongside teaching performance skills also encourages members involved to try their hand at other exciting activities such as comedy, drama, musical theatre and film making and it is the last of these that has really interested Perry.

Perry was acknowledged for his outstanding efforts with the Film Maker of the Term Award from the Academy, which was announced during a live online ceremony at the end of a busy few weeks for the group.

“You have contributed so many fantastic ideas to our Film and TV project this term. You’re always willing to share your creativity with the group, take feedback on board and give thoughtful notes on other students’ ideas too. You’ve also produced a fantastic piece of acting in this module this term. Well done, Perry!”

This is the latest in a series of notable achievements for Perry in the field of performing arts, with his memorable contribution to the exceptional Dramatic Society production of Les Miserables in the role of Gavroche an undoubted highlight of his time at Rydal Penrhos so far.

His efforts with the school’s Speech and Drama provision have seen the pupil secure some outstanding results in his LAMDA assessments, with Perry also making the live regional finals of the Teen Star Singing and Dancing competition in Manchester after a sensational audition and also performing on stage in the West End as part of the Academy.