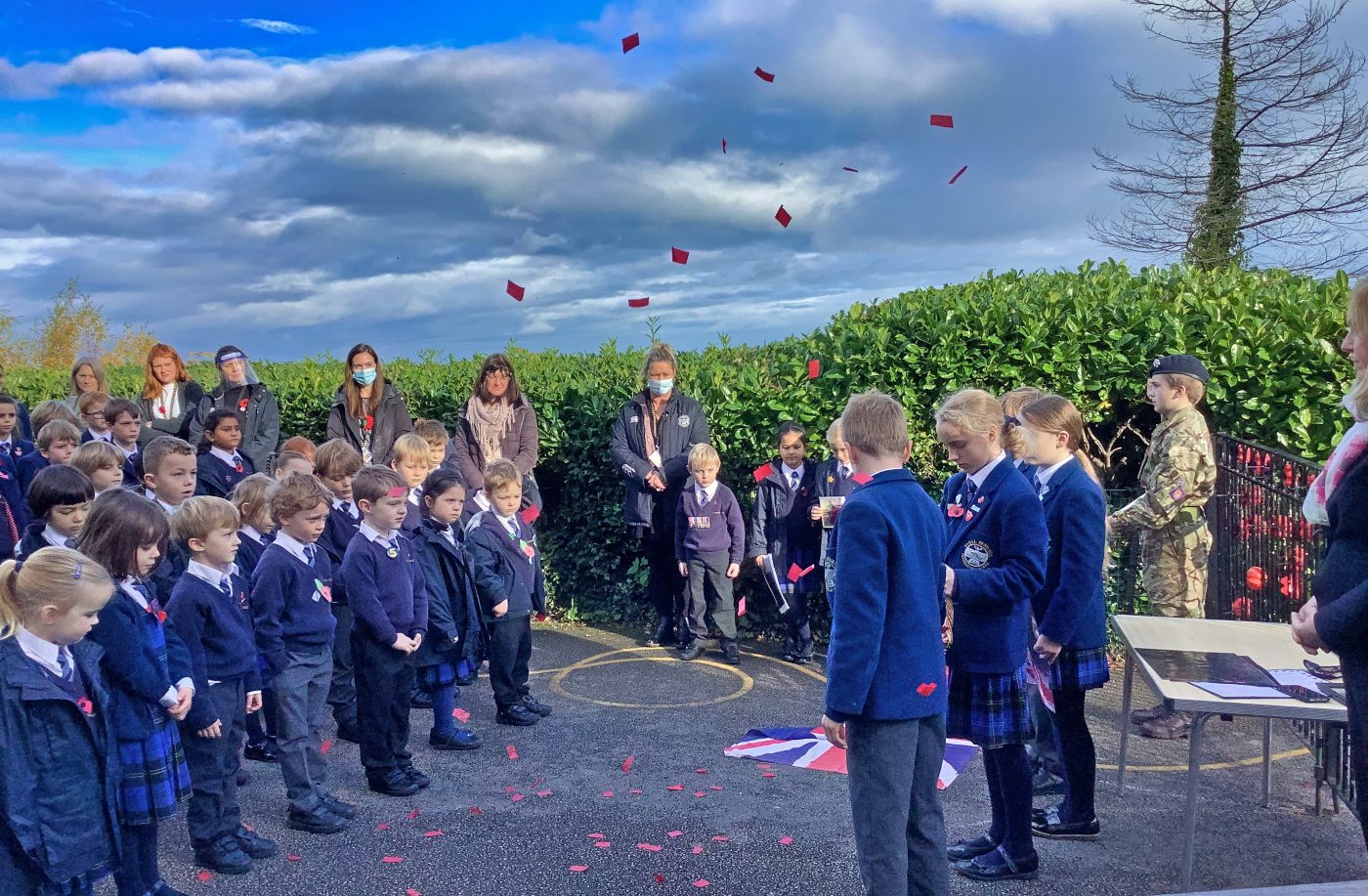 Rydal Penrhos pupils from Pre-School to Year 6 held a poignant Act of Remembrance on Thursday 11 November.

In accordance with the annual Remembrance Day services across Rydal Penrhos on Thursday 11 November, pupils from Pre-School to Year 6 also held a special Act of Remembrance on the picturesque playground situated in front of the Prep site.

During the service, there were readings from Head Boy Oscar and Head Girl Ella, with the Deputy Head Boy and Girl team of Charlie and Kenzie also lending their support with a reading of their own.

Mrs Devilleforte and Charlotte from Reception planted our Tower of London ceramic poppy in the Garden of Remembrance.

Several pupils stood with photographs and medals of family members who have served in the British Armed Forces.

Mrs Hughes played the Last Post and Reveille and Evan who is a Year 8 pupil and a member of Rydal Penrhos’ thriving Combined Cadet Force programme – was the flag bearer and gave the salute during the two-minute silence at 11am.

The poppy Petals of Peace and Hope were released into the breeze, carrying the pupils’ prayers across the local area to conclude what was a wonderful tribute of Remembrance.

We would like to thank all staff who helped arrange this year’s Act of Remembrance and our incredible pupils at Rydal Penrhos who observed proceedings in an exemplary fashion. 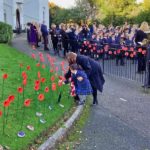 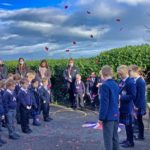 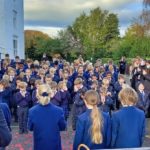 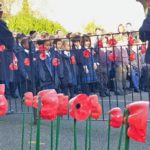 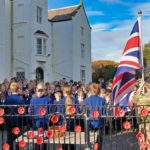 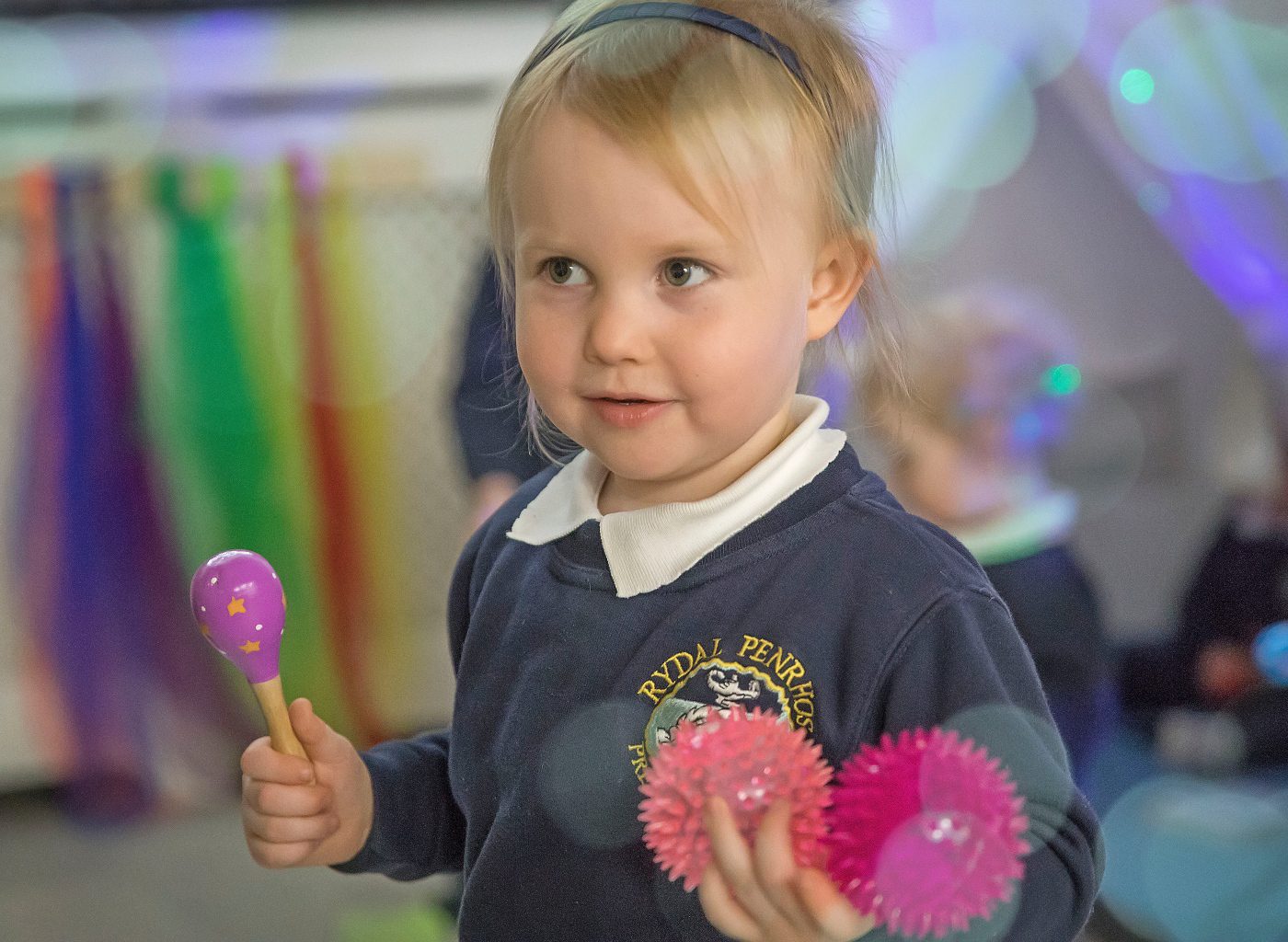 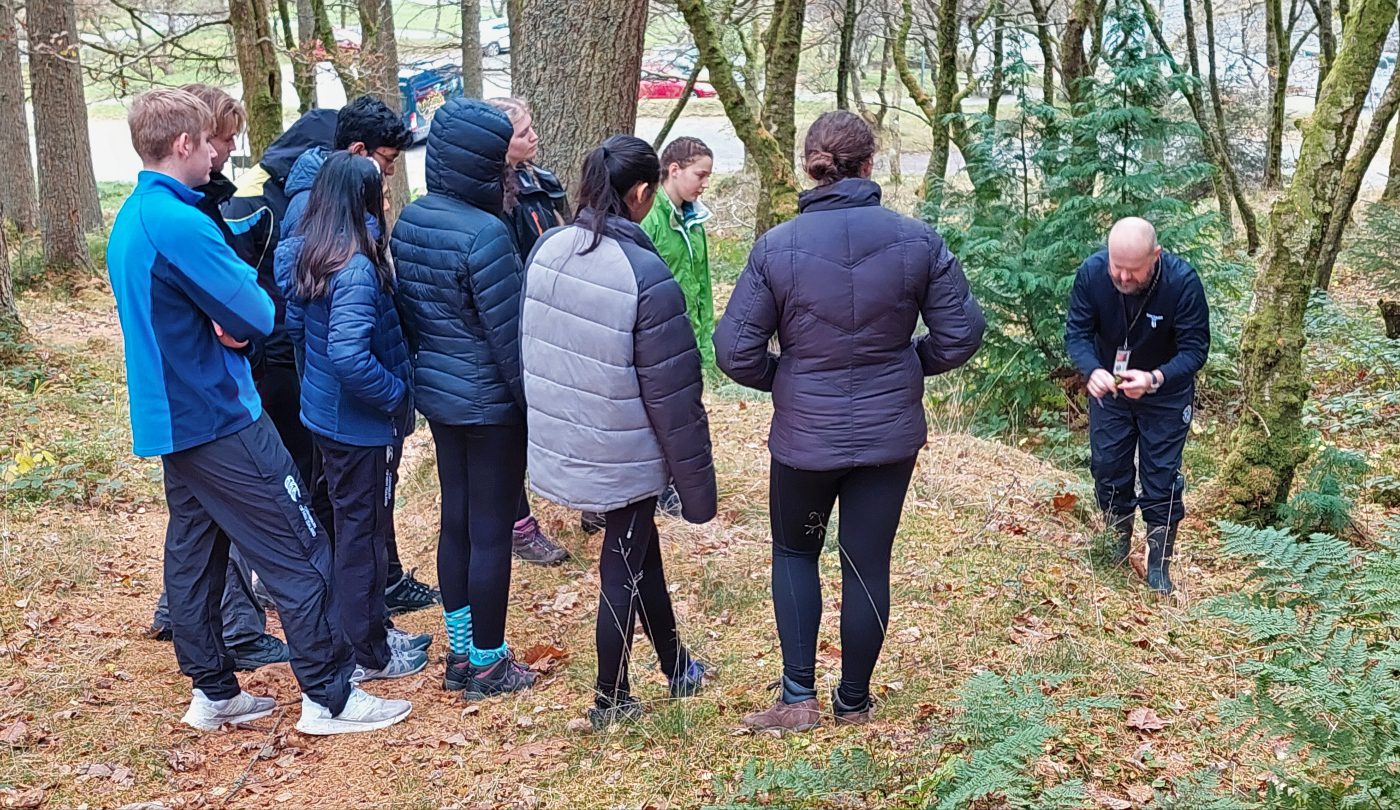 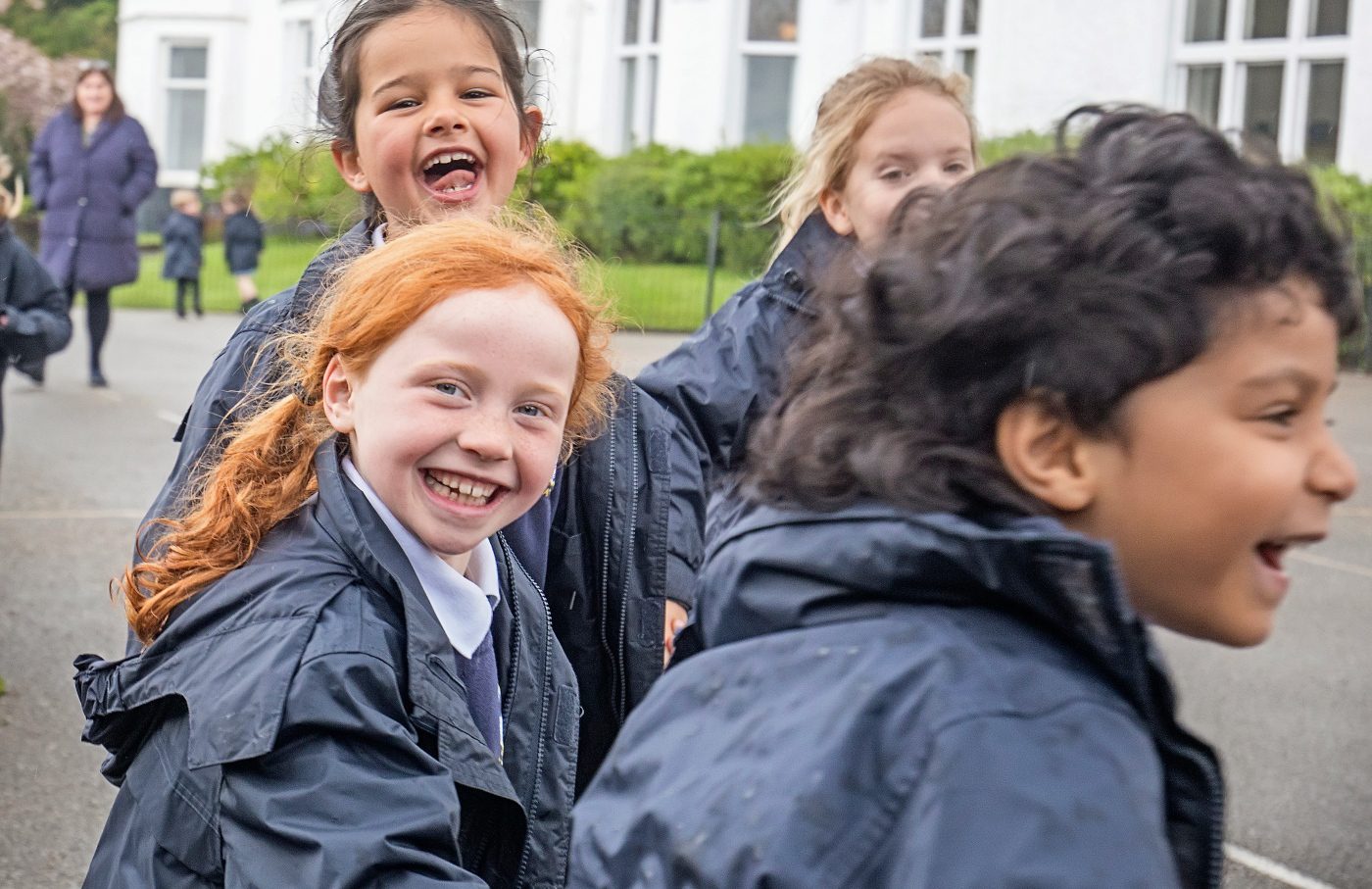 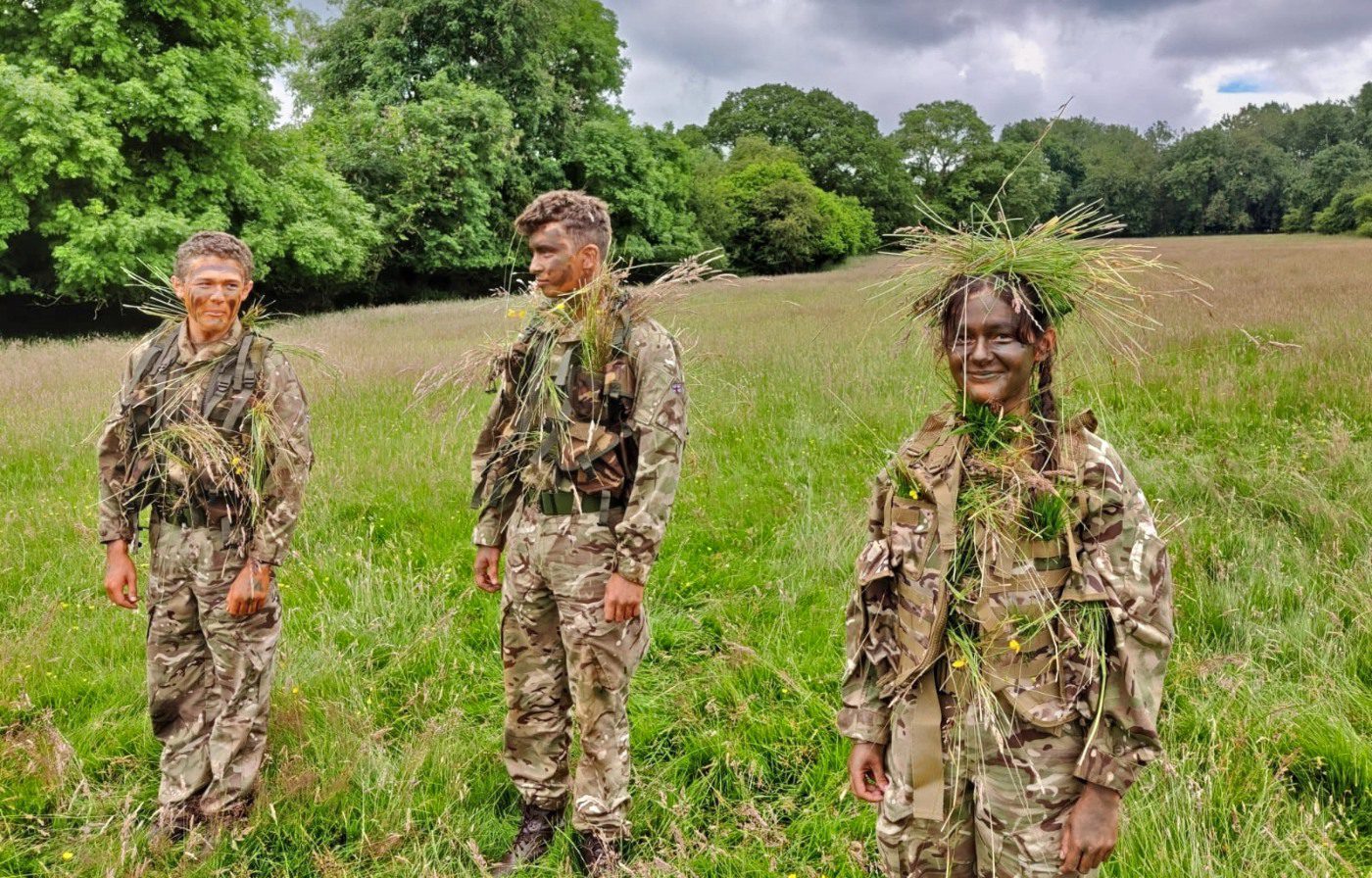 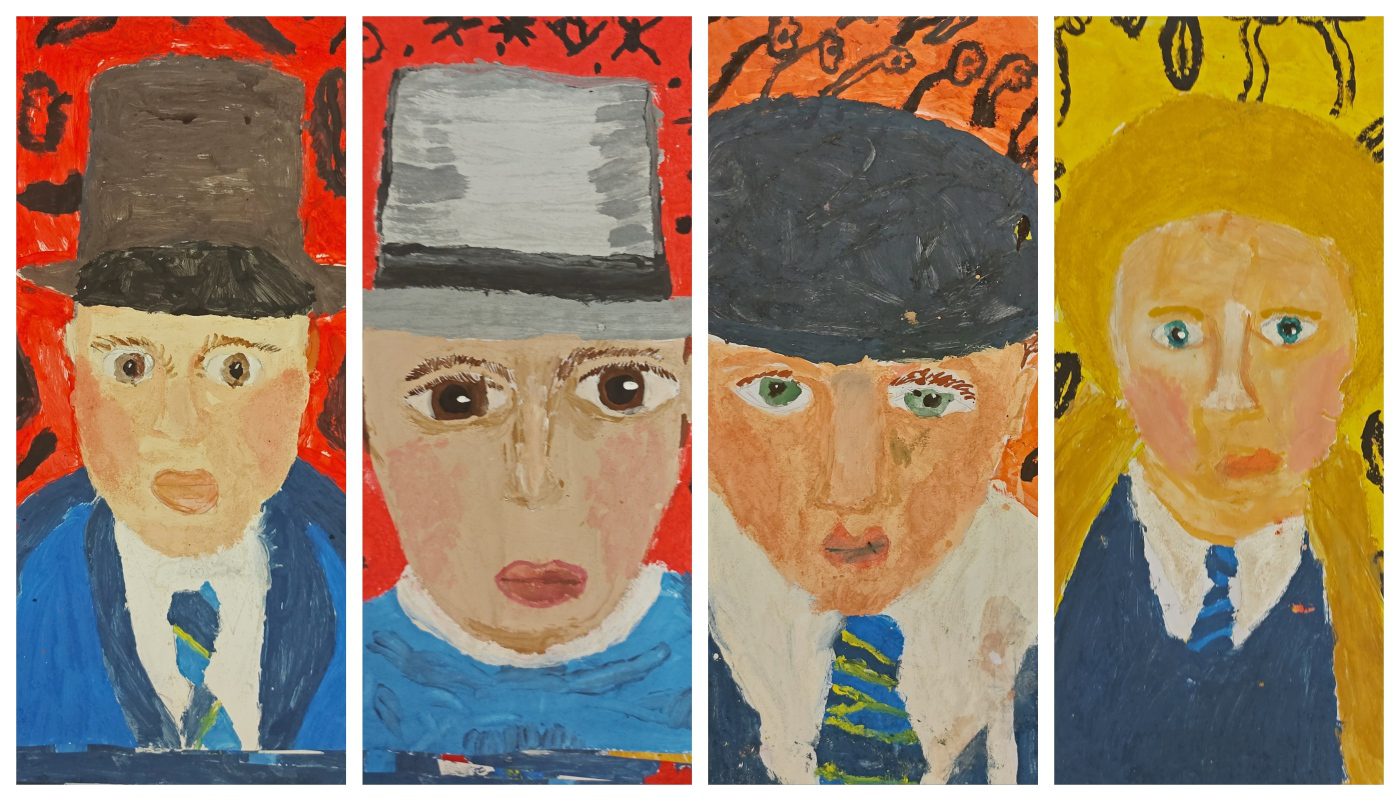