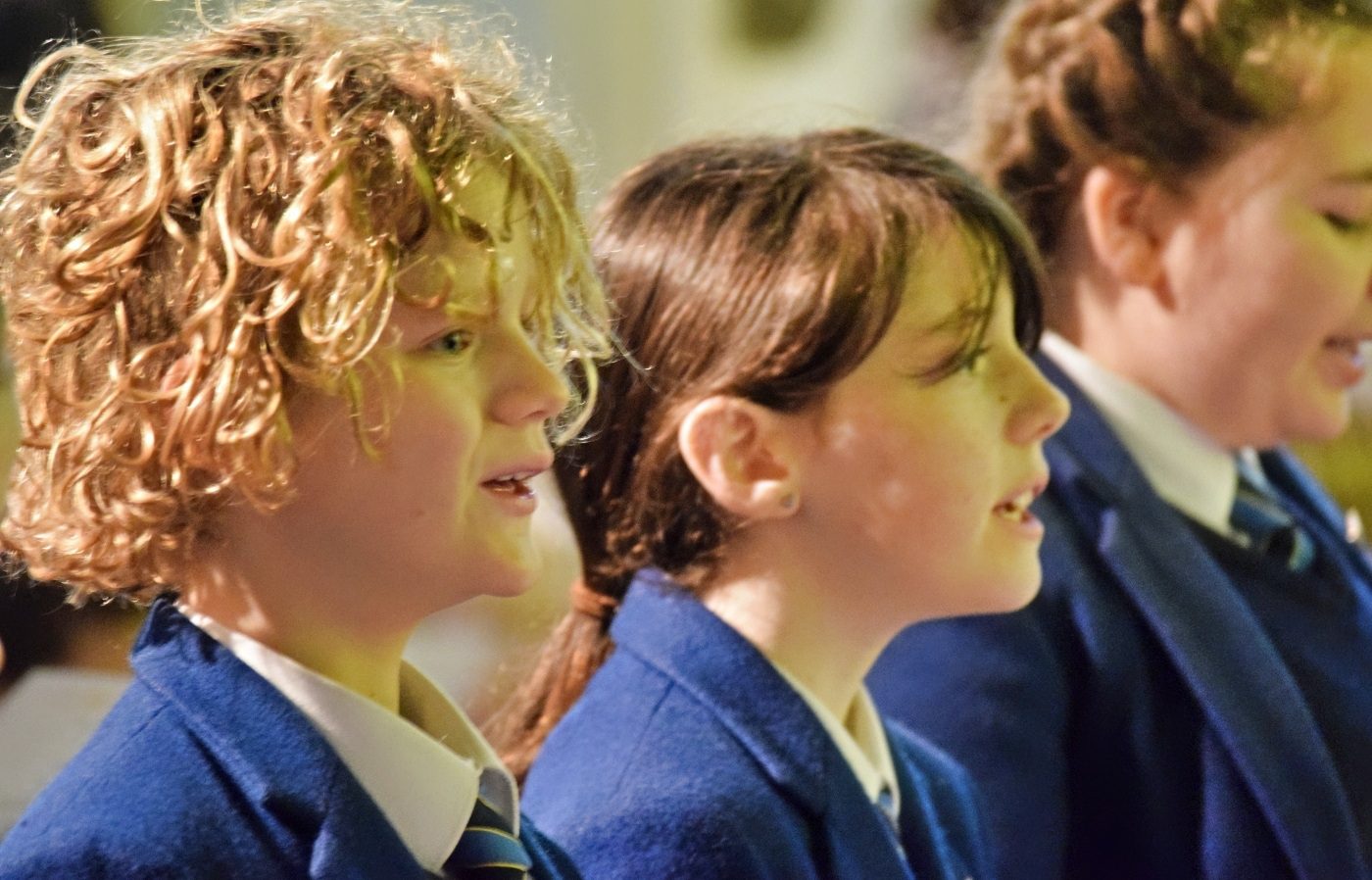 Rydal Penrhos Prep pupils and the school’s Community Choir lent their support to a nationwide song drive organised by the National Methodist Choir of Great Britain.

Rydal Penrhos is proud of its Methodist roots and has strong connections to leading organisations and groups across the country. This forms a core part of the school’s ethos to this day and continues to inspire pupils on to great things.

As a school founded by Christian men and women in the Methodist tradition, it has always been important to say that our search for truth and our acquisition of knowledge goes on in the context of our faith. This is reflected in the Rydal Penrhos motto ‘Veritas, Scientia Fides‘.

These are the values that Rydal Penrhos and the Methodist Church have always treasured. And the school was recently given an opportunity to make a contribution to a nationwide song drive which was the brainchild of the National Methodist Choir of Great Britain.

This saw the Prep School Choir and the Rydal Penrhos Community Choir participate in a mass performance of Praise my Soul, The King of Heaven featuring more than 1,750 performers including other schools, churches, choirs, Girls’ Brigades and individuals.

Pupils, staff and those involved with the Community Choir worked exceptionally hard to polish their performance of the song during the rehearsal stage. A version was then sent to the NMCGB, who added it to a specially produced video that is available online to view.

The result is not only a beautiful piece of music but a powerful display of unity and togetherness. As stated on their website: “NMCGB is a living demonstration that the Methodist Church wasn’t just born in song, but is living and thriving in song now, too.”

A huge well done to the Rydal Penrhos pupils, staff, and community who contributed to such a fantastic initiative. We think it’s absolutely incredible and a real showcase of talent and spirit.