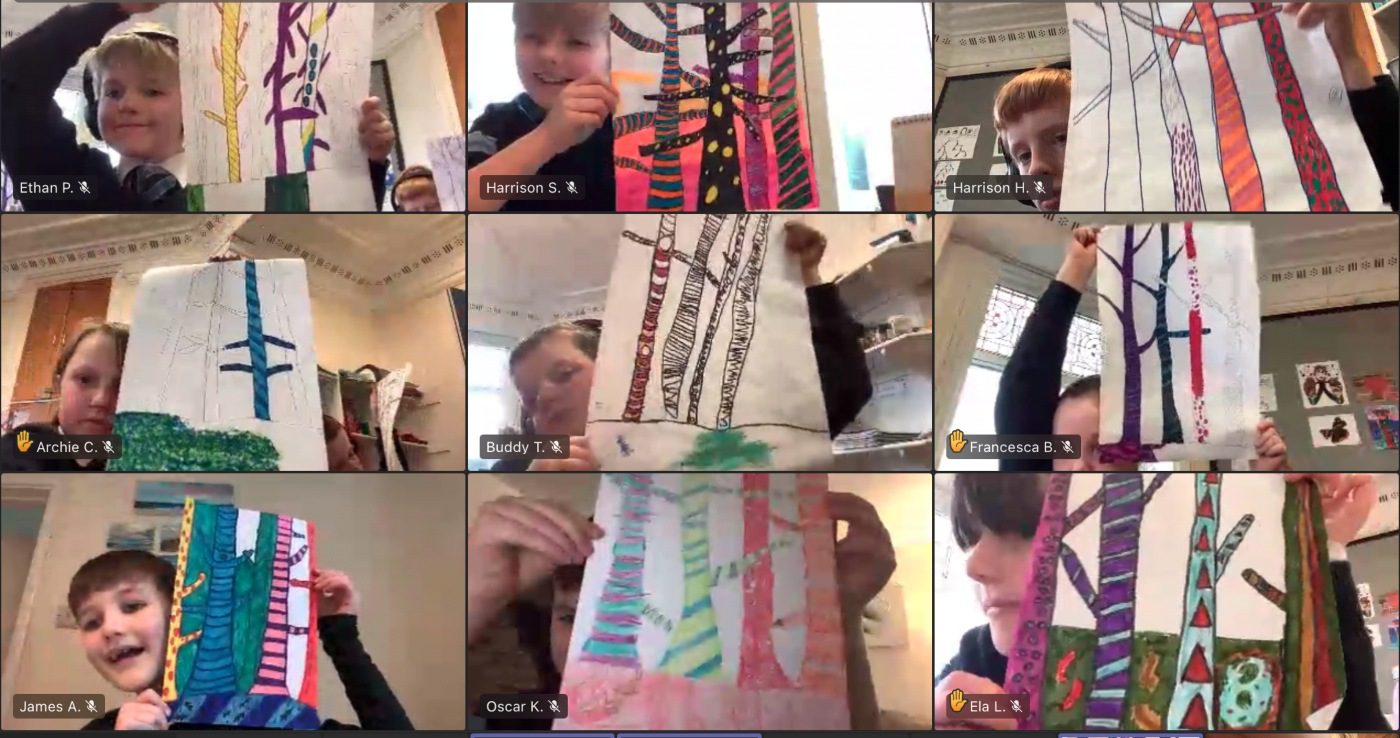 Rydal Penrhos Prep School pupils continue to progress their artistic skills both on-site and during their remote learning.

Keeping children creative has been a growing focus of the Rydal Penrhos online learning provision during the second educational lockdown, which has been implemented on-and-off for the last 12 months and resulted in some exceptional adaptability from teachers and pupils alike.

Staff have done a truly remarkable job of producing a thought-provoking timetable that not only enables pupils young and old to remain on track with their academic development, but also improve other key skills and boost knowledge for when they are able to make a return to the all-important face-to-face learning that is something none of us will ever take for granted again.

This is something we have seen over the last couple of weeks, with Pre-Prep making their triumphant return to the Prep School which will see the entire school community come back by the end of the month.

One thing all Prep School children love is their weekly Art lessons with Suzy Morris. This passionate teacher has been instrumental in coming up with an abundance of exciting projects that continue to ignite creativity in Rydal Penrhos pupils from the comfort of their own homes or at school.

Over the last few weeks, Prep pupils have been tasked with plenty of challenging topics that brought some outstanding work to the fore and also assisted with a special community initiative Rydal Penrhos recently participated in involving a 100th birthday celebration for Mrs Megan Pari Jones of Abbeyfield Residential and Retirement Home in Colwyn Bay. 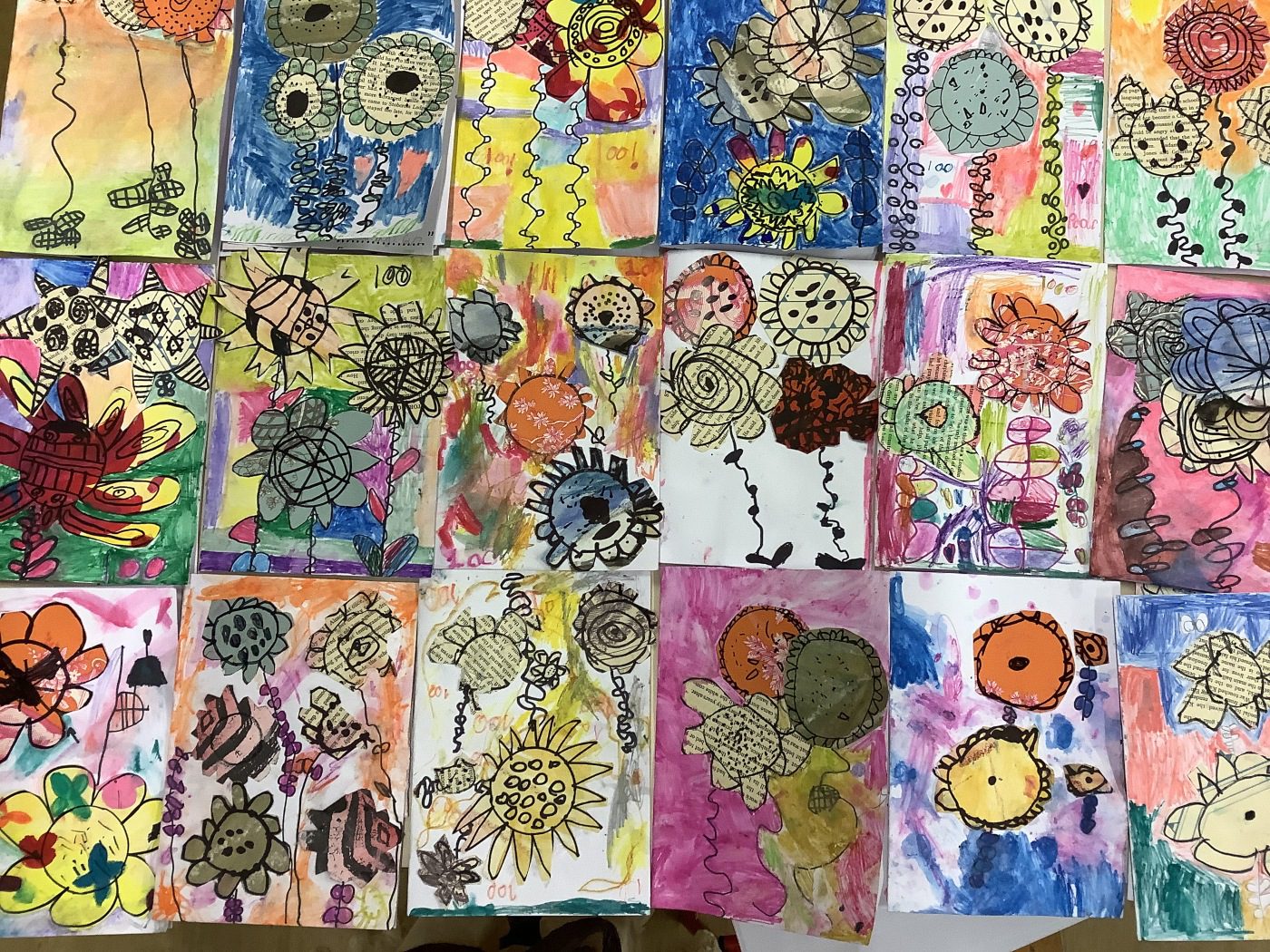 Year 1 and Year 2 pupils used one of their art lessons to produce some colourful cards to mark Mrs Pari Jones’ centenary, which were delivered to her on Friday 5 March.

A number of year groups also participated in a Mexican art-themed activity involving the sun and the moon coming together as one, which not only improved artistic talent but also gave each pupil a broader knowledge of the world around them.

This represents the past and the future, involving hot and cold colours to bring their respective creations to life. 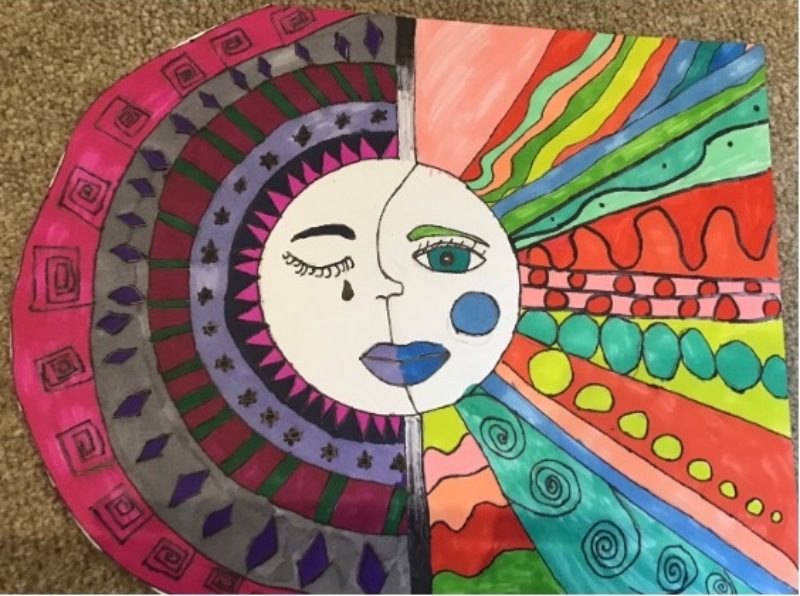 Year 4 pupils drew inspiration from one of the greatest British artists of modern times during a recent online session, which centred on the work of David Hockney, an English painter, draftsman, printmaker, stage designer and photographer.

As an important contributor to the pop art movement of the 1960s, he is considered one of the most influential British artists of the 20th century.

On 15 November 2018, Hockney’s 1972 work Portrait of an Artist (Pool with Two Figures) sold at Christie’s auction house in New York City for $90 million (£70 million), becoming the most expensive artwork by a living artist sold at auction.

There is no substitute for being amongst classmates in the Prep School’s incredible art room, but Mrs Morris has done a brilliant job keeping our pupils engaged and enthralled despite so much uncertainty around them.