Prep pupils open Time Capsule for trip back in time 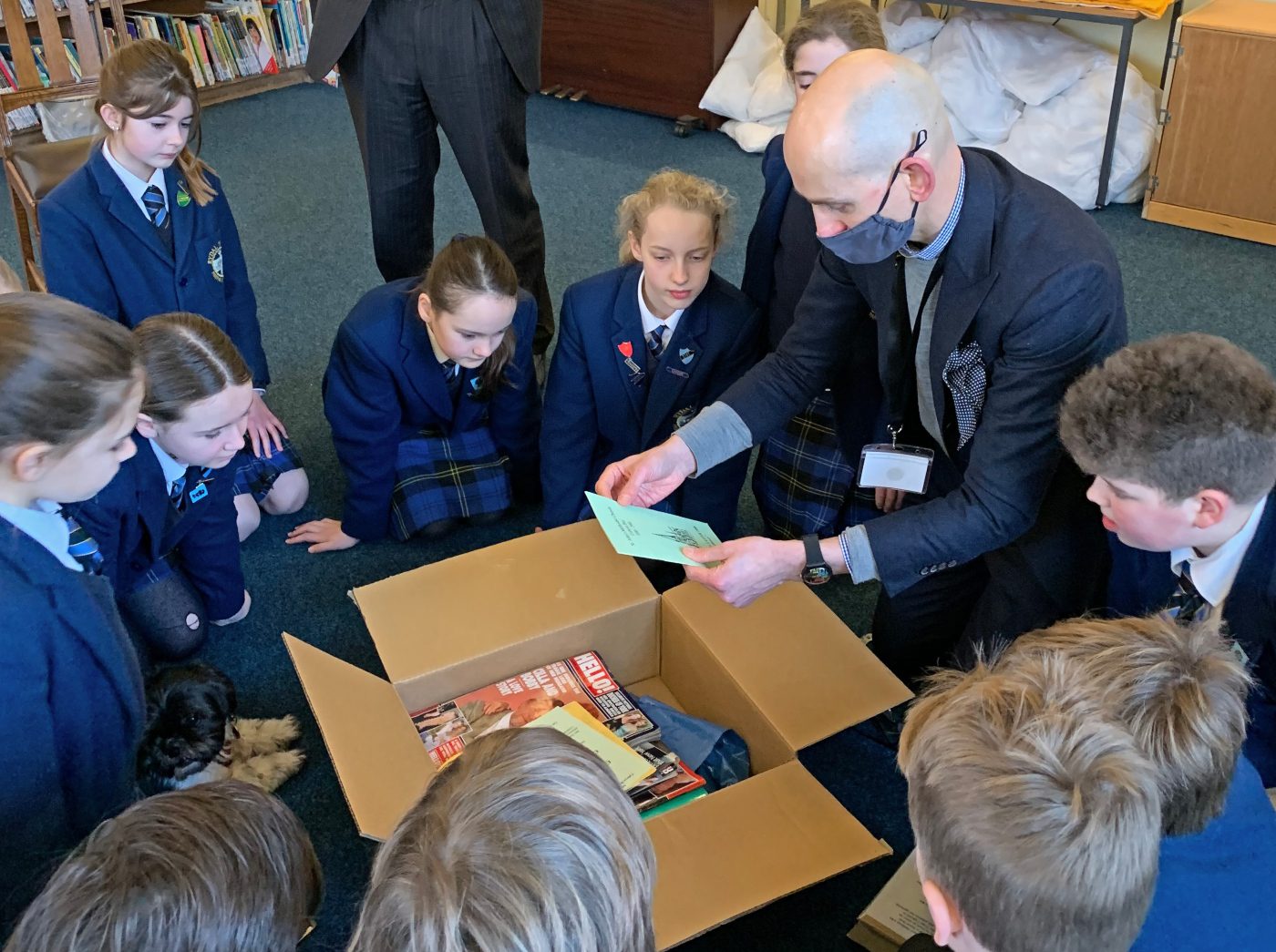 Rydal Penrhos Prep pupils took a trip back in time by opening a special Time Capsule that was boxed up back in the year 2000.

There was a great deal of excitement in the air as Rydal Penrhos Prep pupils recently opened a time capsule that had been prepared by members of the congregation of St John’s Methodist Church, now the school chapel. This contained everyday items from the turn of the millennium, as well as handwritten letters.

The time capsule told a story not just about the time it was prepared, but about the people who prepared it. One letter came from a woman called Irene who was born in 1917 and moved to North Wales from Cardiff to train as a nurse, joining the congregation of St John’s and making Colwyn Bay her home.

A second came from the minister of St John’s at the time, Graham Peacock, who reflected on the strange fact that his congregation’s future was now the children’s present.

Other items found within the capsule spoke of the era in which it was prepared, revealing not only what was present in 2000 but what was absent. Namely, the realm of the internet, in which so many of us now spend so much of our time.

In 2000 the web was in its infancy, and while St John’s was ahead of the curve, having helped to create a circuit website, the capsule also contained a wealth of printed media, including newspapers and magazines, which were far more prevalent at the time.

There was one other nod to digital technology, in the form of a cassette tape and a video. Given the breakneck pace at which digital media has advanced since 2000, these technologies appeared borderline archaic to Rydal Penrhos pupils taking part in this activity.

The newspaper of the day contained much that you could find in last weekend’s papers, from political scandals to Premier League football. The Prep children were particularly amused by the end of Rev’d Peacock’s letter, in which he asked the burning question of the day – will Manchester United win the league?

Rydal Penrhos is enormously grateful to the members of St John’s who put together the time capsule. Year 6 pupils are now on a mission to create their own time capsule to leave for other children to discover in 20 years time.

They are giving a lot of thought to what they should put in it to reflect life for them today and we cannot wait to see what they decide on. 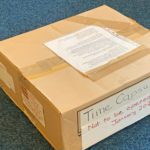 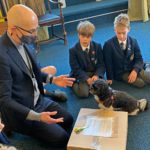 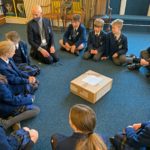 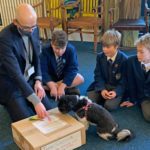 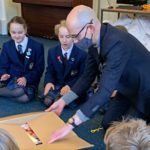 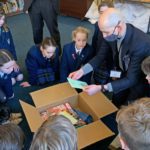 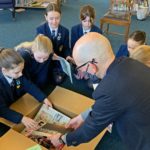 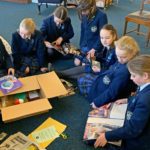