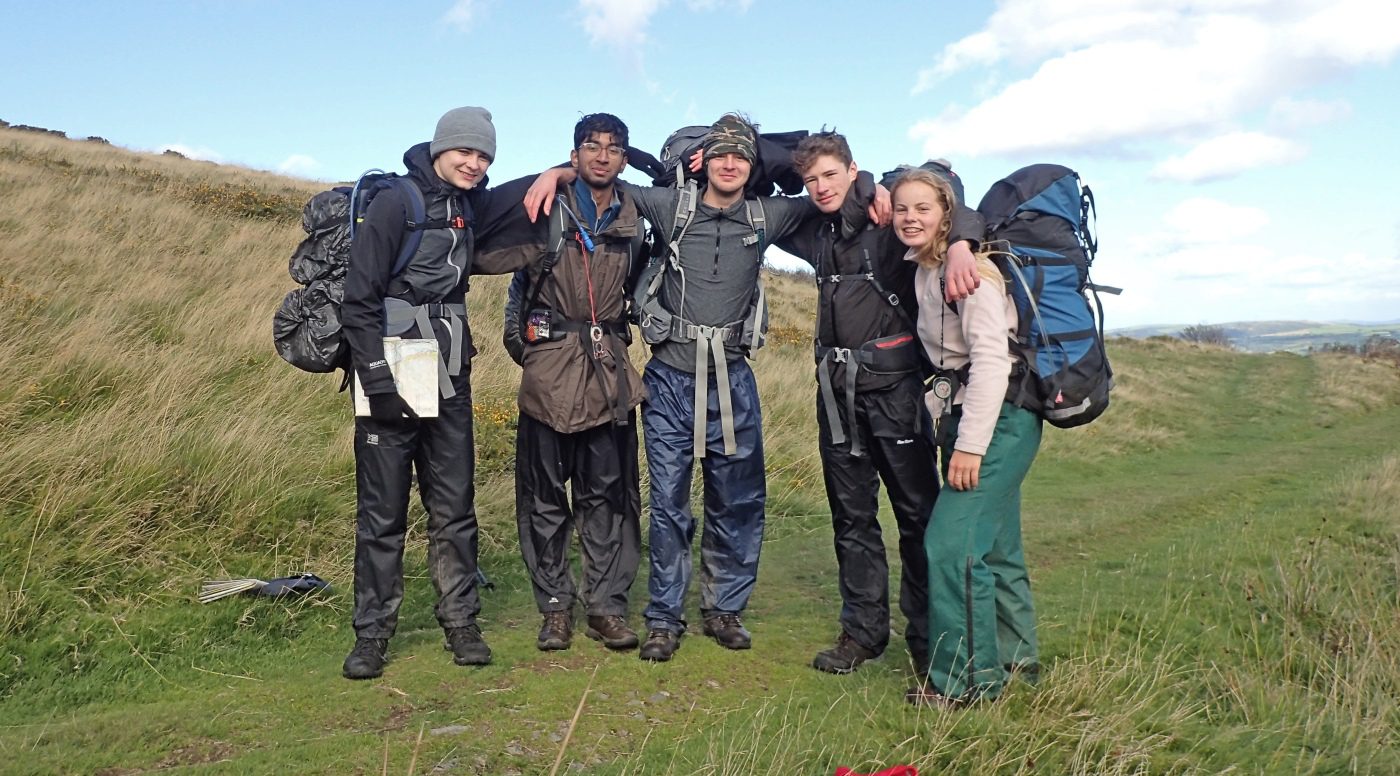 Since it began in 1956, The Duke of Edinburgh’s Award has been dedicated to the personal development of young people from all backgrounds and is now widely recognised as the world’s leading youth achievement award. Something Rydal Penrhos has been involved with for a considerable period of time.

It certainly is a real adventure from beginning to end, helping young people to develop their independence and leadership qualities.

Rydal Penrhos School is a DofE Directly Licensed Centre and offers all three levels of the Award, beginning with Bronze in Year 9, continuing on to Silver in Years 10 and 11, culminating with the prestigious Gold Award in Years 12 and 13.

This is something many of our pupils accomplish under the guidance of programme co-ordinator Dr Jim Lewis and other qualified staff. It also comes with a memorable trip to a royal venue to pick up their distinction.

The current year 13 cohort, consisting of Arthur Hind, Daniel McLaughlin, Simeon Murphy-Thomas, Juan Rajagopal and Suhas Shekar, embarked on their final Gold DofE qualifying expedition from September 24-27, trekking across some of the most demanding terrain of the Snowdonia National Park.

They were also joined by Lara Pyves, a 2021 leaver who is also completing the award during her GAP year.

This was a route that the team had designed for themselves, into which they had incorporated two wild camps and one night at a basic farm campsite. Having completed their practice expedition in July, honing their skills with a tough traverse of the Rhinog Mountains, the team were hoping for easier going this time around.

Unfortunately, the weather was against them almost from the start and this turned out to be a very challenging journey with little opportunity for relaxation.

During the latter part of the first day, as the Rydal Penrhos group made their way up into the relatively featureless landscape of the Moelwyns, the mist descended in earnest and made finding the finish a very serious task indeed, requiring absolute concentration and all of the navigational tricks that they had at their disposal.

The first night was spent adjacent to a pair of very picturesque upland lakes, although the pupils will have to return another time to appreciate the beauty of the location – having arrived just as it got dark, and then departed early the following morning with thick mist still persisting, they did not really get to see much more than a bleak, monochromatic and seemingly desolate patch of moorland.

With visibility down to as little as 20 metres for much of the second day, navigation became extremely demanding and mistakes could not be afforded.

Fortunately, the team proved themselves to be more than up to the task, taking compass bearings and striding confidently across trackless bogs, never moving more than a few hundred metres without confirming their position with what passes up here as an identifiable feature, such as a stream junction or noticeable change in gradient.

With some relief, in the early afternoon, they arrived on the crest of the Moelwyn Ridge and were rewarded, firstly by the vague fence line that they were hoping to find and follow as a handrail, and secondly by improving conditions as they finally began to lose height on their descent to Dyffryn Mymbwr.

A promising start to the third day was met with a fast pace along a well-trodden valley track for several kilometres, but then the weather turned once more to herald a day of heavy rain and increasingly strong winds.

By the time the weary team arrived at their final camp, in the remote upper reaches of Cwm Eigiau, sodden from a difficult and drenching afternoon, the wind was blowing a hoolie and the rain was becoming more and more persistent.

This was not a night to savour, sheltering behind a wall of the old mine buildings to cook a hot meal, but it was certainly one to remember – crouched in tents, praying they would withstand the battering from the gale, trying to snatch whatever sleep was possible, and contemplating putting on a pile of wet clothing and boots again in the morning!

To show everyone how beautiful the natural surroundings of our local environment are, the sun eventually came out on the final day, and was greeted with joy by all.

This team had come through the fog and high water, cold, wet and wind, numerous trials and occasional tribulations, but they had done so with skill, with laughter (much of the time) and an insuppressible strength of spirit to earn an accolade worthy of Bear Grylls: Born Survivors. 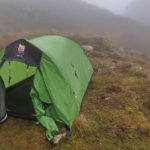 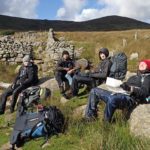 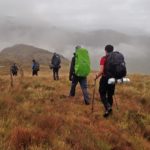 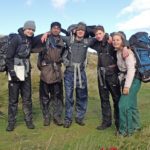