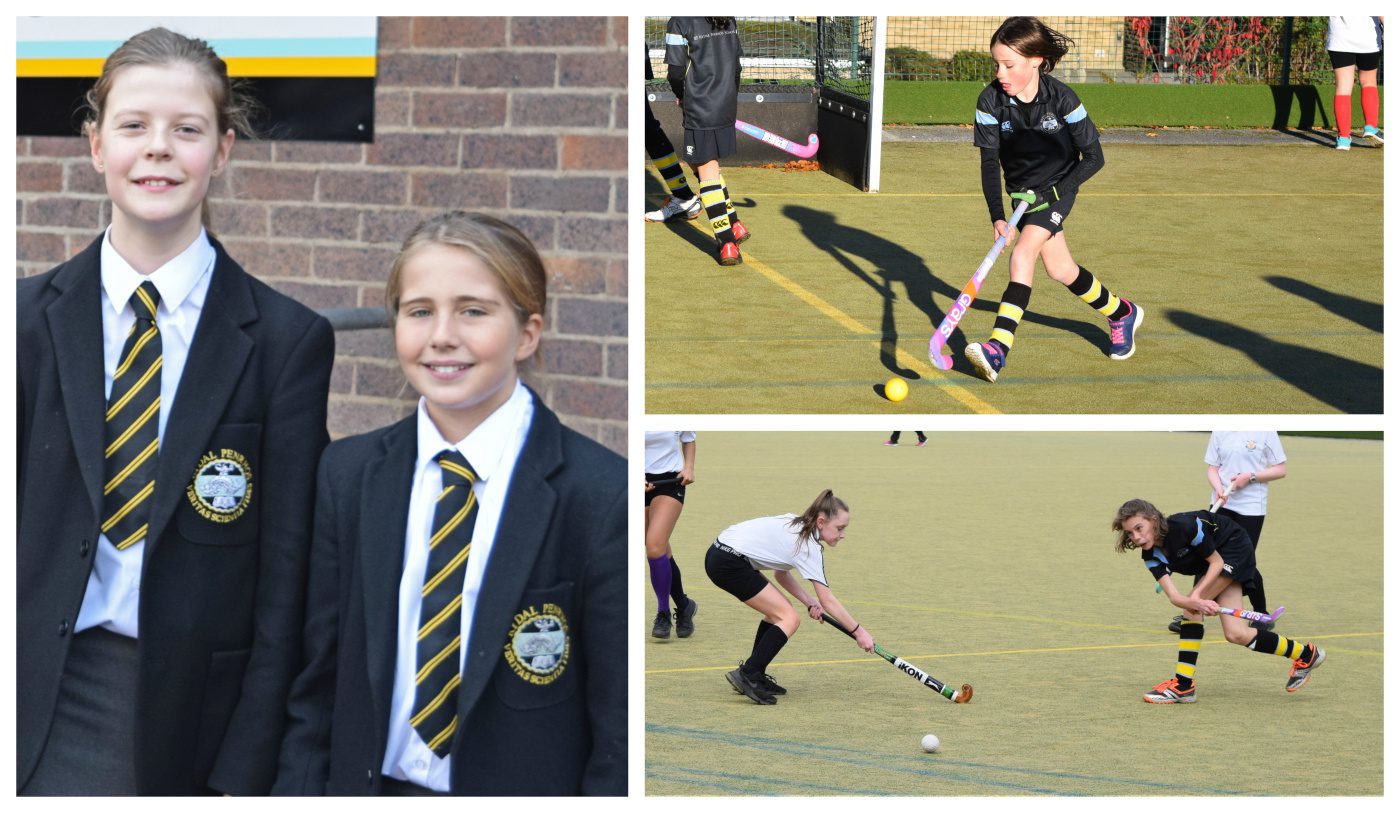 Rydal Penrhos has a rich and proud history of hockey achievements, which is part of the school’s outstanding sporting provision. Many pupils have achieved regional and national recognition thanks to their exceptional development from an early age, which is coupled with plenty of national schools’ championships at U16 and U18 levels in recent years.

The next generation of Rydal Penrhosians are continuing this fine trend despite the obvious complications surrounding training and competitive games over the last 15 months due to COVID-19 restrictions.

With some semblance of normality returning thanks to the Welsh Government‘s gradual easing of restrictions, aspiring young hockey players have been busy re-familiarising themselves with school and club coaching, with some even taking part in trials for regional squads.

Year 8 pupils Keira Luke and Fflur Pierce, together with the Year 7 duo of Lily Copeland and Charlotte Payne, were part of a 48-strong group that attended assessments ahead of a possible selection for the North Wales U13 hockey squad, which involved taking part in individual drills and game situations.

After impressing considerably during the trial, all four were selected into the 18-person squad, which represents a significant achievement considering how little time they’ve had to practice in recent months.

Lily and Charlotte earned their place in the squad despite being a year younger than the typical age bracket, with Keira and Fflur’s respective selections adding to their long list of sporting achievements during their time at Rydal Penrhos.

This is the latest piece of good hockey news celebrated by the school, with Freddie MacLaverty also earning a spot in the North Wales U13 boys’ squad after catching the eye in a separate trial.

We are incredibly proud of all five pupils for rising to the occasion and secure their places in the North Wales squad. Hopefully, this will be the start of bigger and better things to come from them all during what is sure to be a fantastic experience against some top opposition.