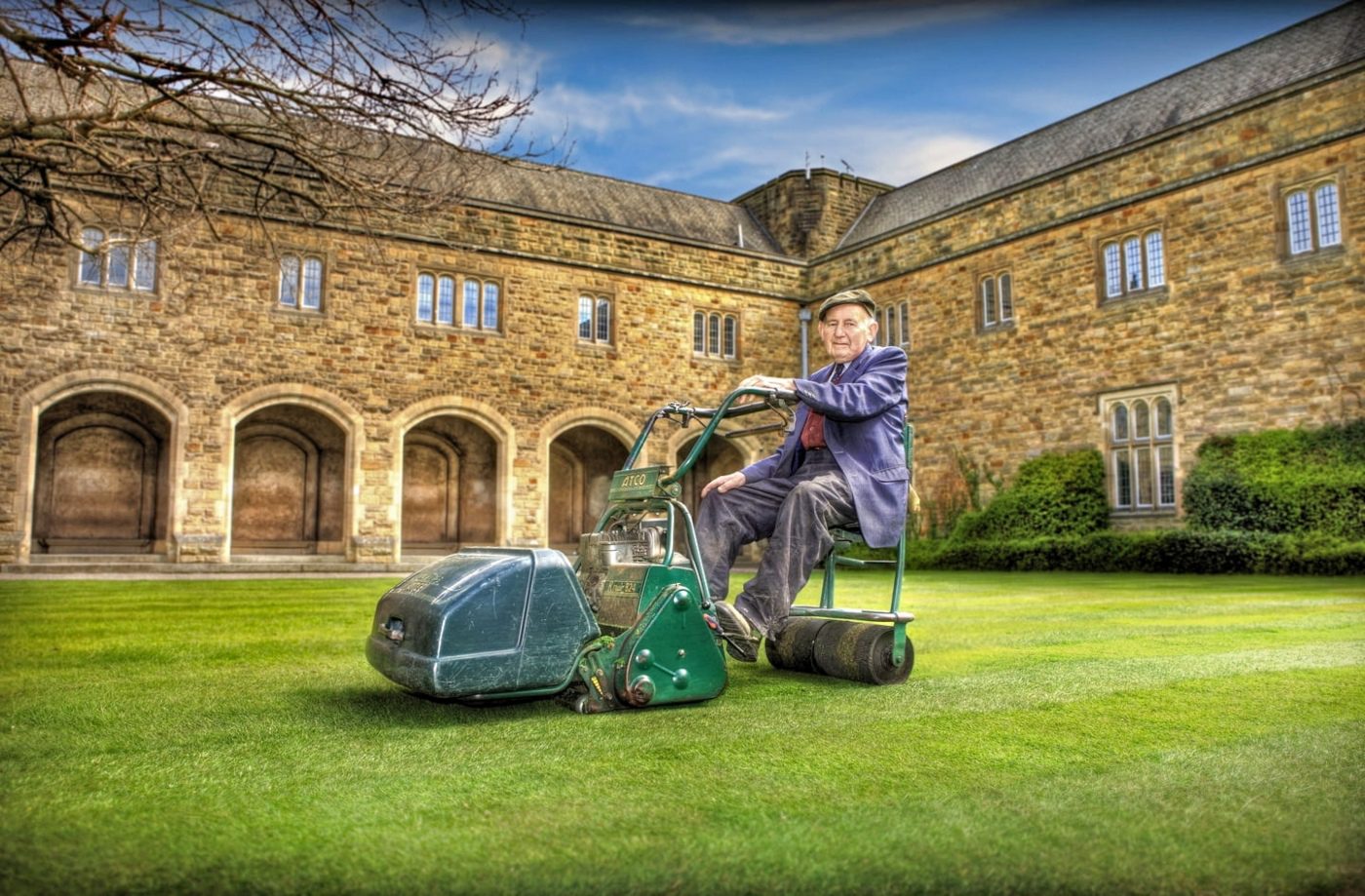 Rydal Penrhos was saddened to learn of Mr John Boyer’s passing recently, who was Head Gardener at the school and a much-loved staff member.

Everyone at Rydal Penrhos was deeply saddened to learn that Mr John Boyer passed away recently. His time as Head Gardener at the school spanned more than 40 years, which began in 1971 and ended long after the typical retirement age.

Mr Boyer would often be seen on his mower keeping the school grounds absolutely immaculate, doing everything with a smile on his face and a polite wave to staff and pupils that came across him.  He was an integral part of Rydal Penrhos life and was much-loved and respected among his peers.

Before arriving at Rydal School, Mr Boyer was a farmer based in Maghull on Merseyside. He decided to move to the Colwyn Bay area with his wife after they honeymooned in North Wales and loved it so much they chose to make it their permanent home.

He witnessed some landmark changes across the site, which saw Rydal merge with Penrhos College to become Rydal Penrhos. Mr Boyer also saw some pupils – Mike Leach and Rick Maple – go on to become teachers due to his longevity.

Mr Boyer came from a Christian Guest House and, by chance, walked past a shop window and saw the job advertisement at Rydal School. The rest, as we say, is history.

His presence across campus also drew some notoriety from pupils, who managed to get a one-time interview with Mr Boyer for the student newspaper in 2010 which was entitled “The Secret Gardener“.

During the article, Mr Boyer spoke about many interesting things, including his earliest memories of working at the school and elements of the job he cherished more than anything.

“The first day I started at Rydal, a lovely Collie dog named Monty came to meet me. That dog came every day to me for many years. He went from house to house on the tractor-trailer. He belonged to Mr and Mrs Grimes who were Houseparents at Walshaw.

“When they moved to Upper Colwyn Bay, he still came down every day until he was too old to walk back up the hill, so we took him home by car.”

“In the mornings, the pupils used to cross the quad and walk on the grass for morning prayers. I used to hear the lovely music every morning.”

We will always appreciate the man who kept the grounds so beautiful for us. Rydal Penrhos would like to once again offer our deepest condolences to Mr Boyer’s family and friends, he was a remarkable man whose legacy at the school will always be remembered with great fondness.