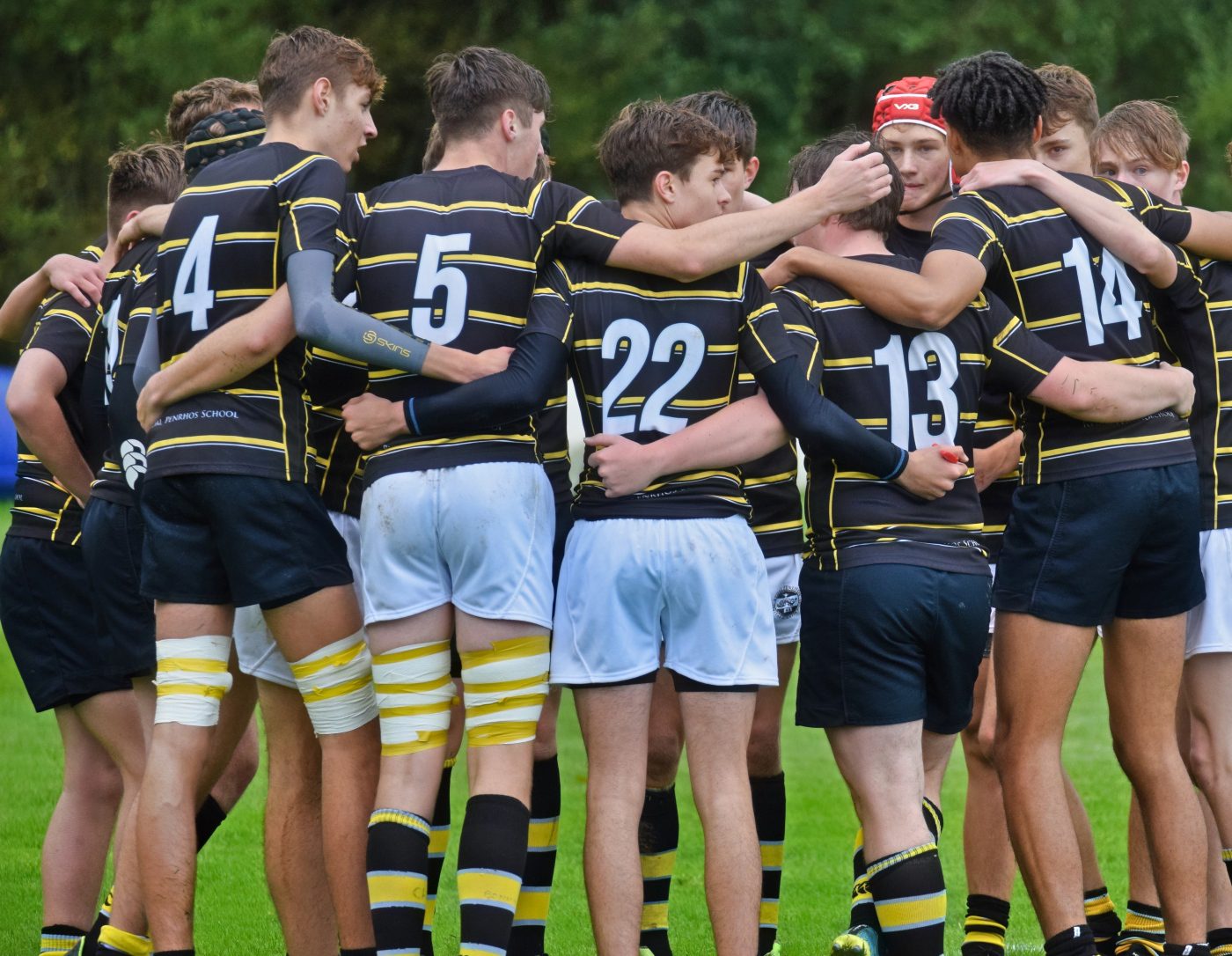 Rydal Penrhos’ senior rugby side turned in another impressive display to extend their outstanding start to the school campaign.

The level of togetherness displayed by Rydal Penrhos’ first XV rugby side throughout recent weeks has been hugely encouraging. Staff put them through their paces at a special pre-season training camp before the academic year commenced, which stood the squad in tremendous stead ahead of a busy series of fixtures.

Head of Rugby Ryan Kirby continues to enhance the group’s skills remarkably during coaching sessions and in terms of conditioning at the school’s state-of-the-art fitness suite. Something that brought about another outstanding display of character and overall quality against Stockport Grammar School on Saturday 15 October.

This was another stern test for the team on a glorious morning at New Field. However, their communication and teamwork saw Rydal Penrhos emerge as thoroughly deserving 39-12 victors following a sterling performance in all phases.

It was a memorable contest for Year 10 pupil Ethan Akroyd, who secured Player of the Match thanks in no small part to his exemplary positional kicking that was mature beyond his years.

There was plenty of attacking prowess on display from the hosts, with head boy James Copeland standing out considerably due to a two-try performance to put Rydal Penrhos in the ascendancy.

Matthew Johnson, Jonathan Osbourne, Will Tavernor, Henry Hibbert and Jacob Cousins were others to cross the line, with conversions coming from Olly Davies and Niall Richardson to round off the scoring.

This was another encouraging outing for the group, which produced a superb blend of flair and grit defensively to ensure their goals were met on the day.

Their latest triumph is another strong reflection of the development occurring under Mr Kirby, who joined Rydal Penrhos last year and has made a significant impact on the school’s rugby program in such a short space of time.

Congratulations to every pupil involved and we wish you the best of luck for the remainder of the campaign.