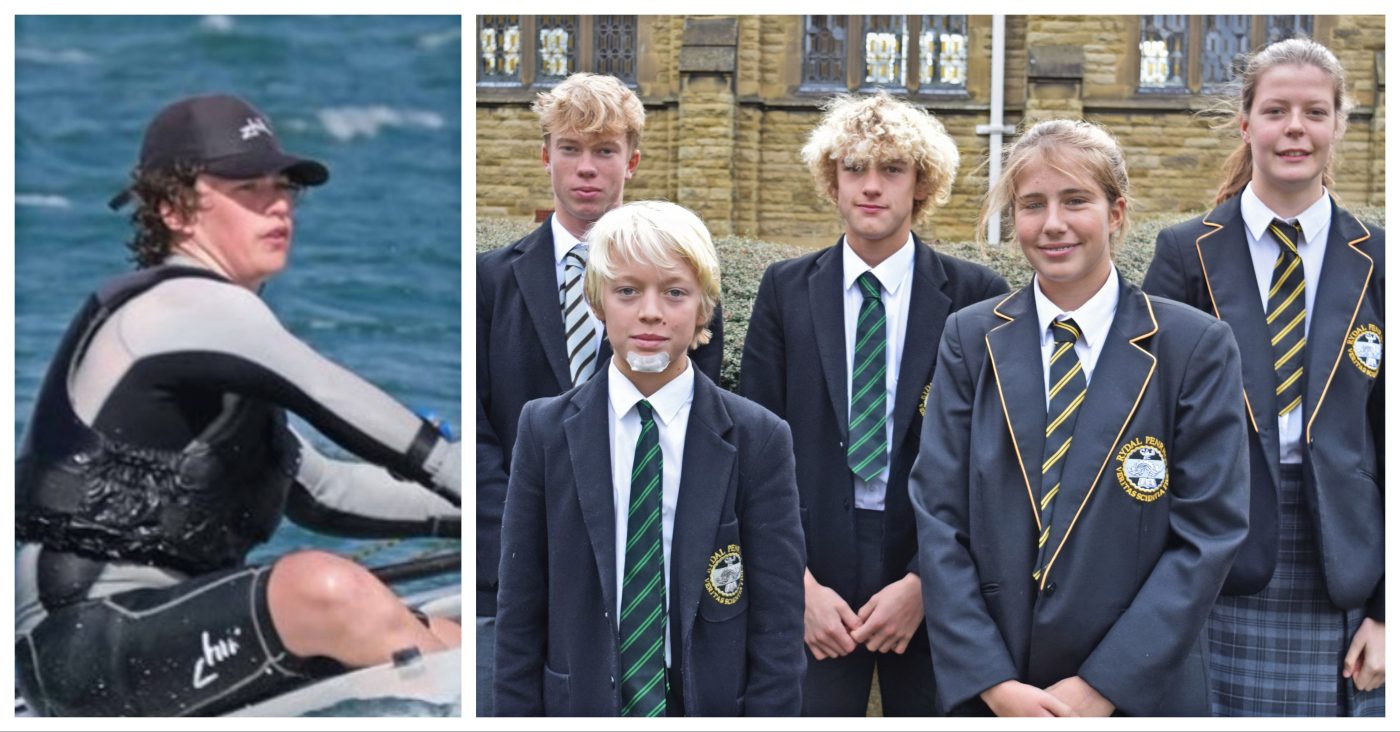 Talented sailors at Rydal Penrhos secured a plethora of national titles from the RYA Cymru Welsh Youth and Junior Championships.

Rydal Penrhos has a rich Sailing history. Its been part of the school’s extra-curricular provision for more than 60 years and remains a core part of our ethos to this day.

The school’s Sailing and Water-Sports Centre is accredited by the Royal Yachting Association. Sailing also forms part of the curriculum for younger members of the Rydal Penrhos community – another fine example of staff utilising our incredible location on the North Wales coast to the benefit of pupils.

This has brought a significant amount of achievements regionally, nationally and even during prestigious international competitions. Pupils develop their skills under the experienced eye of the school’s training staff, with the programme organised exceptionally by Petrina Blomeley, Sailing Principal of Rydal Penrhos.

A large number of aspiring stars competed against other gifted talents from across the country at the RYA Cymru Wales Welsh Youth and Junior Championships, which took place at Pwllheli Sailing Club.

The fleets were very strong throughout. Most of the Welsh national pathway classes were represented with 88 boats at the event. Despite facing stiff competition, it was another outstanding performance from Rydal Penrhos’ sailing core en route to some impressive results and national titles aplenty.

Llion Morris, Sailing Commodore at the school, turned in a fantastic effort to secure the ILCA 7 Welsh championship to further enhance his credentials ahead of a busy winter training programme with national squads.

There was further cause for celebration as Freddie MacLaverty, who recently represented Team GB at the ILCA World Championships in Portugal, finished first in the ILCA 6 Welsh Championship event, making it a memorable double for two superb sailors in a competitive environment.

Tom Sinfield was another that shone at the event. The Year 8 pupil displayed tremendous grit and determination to finish atop the podium in the RS Tera Sport boys’ category, making it a national-championship treble for Rydal Penrhos.

The progression displayed by sailors was further demonstrated by Ben Sinfield, who won the RS Feva event with sailing partner Millie Greenhalgh. The duo also finished third in the General Handicap Fleet.

Fflur Pierce and Keira Luke have long been female role models within Rydal Penrhos’ sailing provision. The tandem came third in the RS Feva event and eighth overall in the General Handicap Fleet, which represents a notable accomplishment for the Year 10 pupils.

We are enormously proud of our sailors and the staff that continue to ensure their short and long-term goals are met. Congratulations to all involved on a marvellous performance!