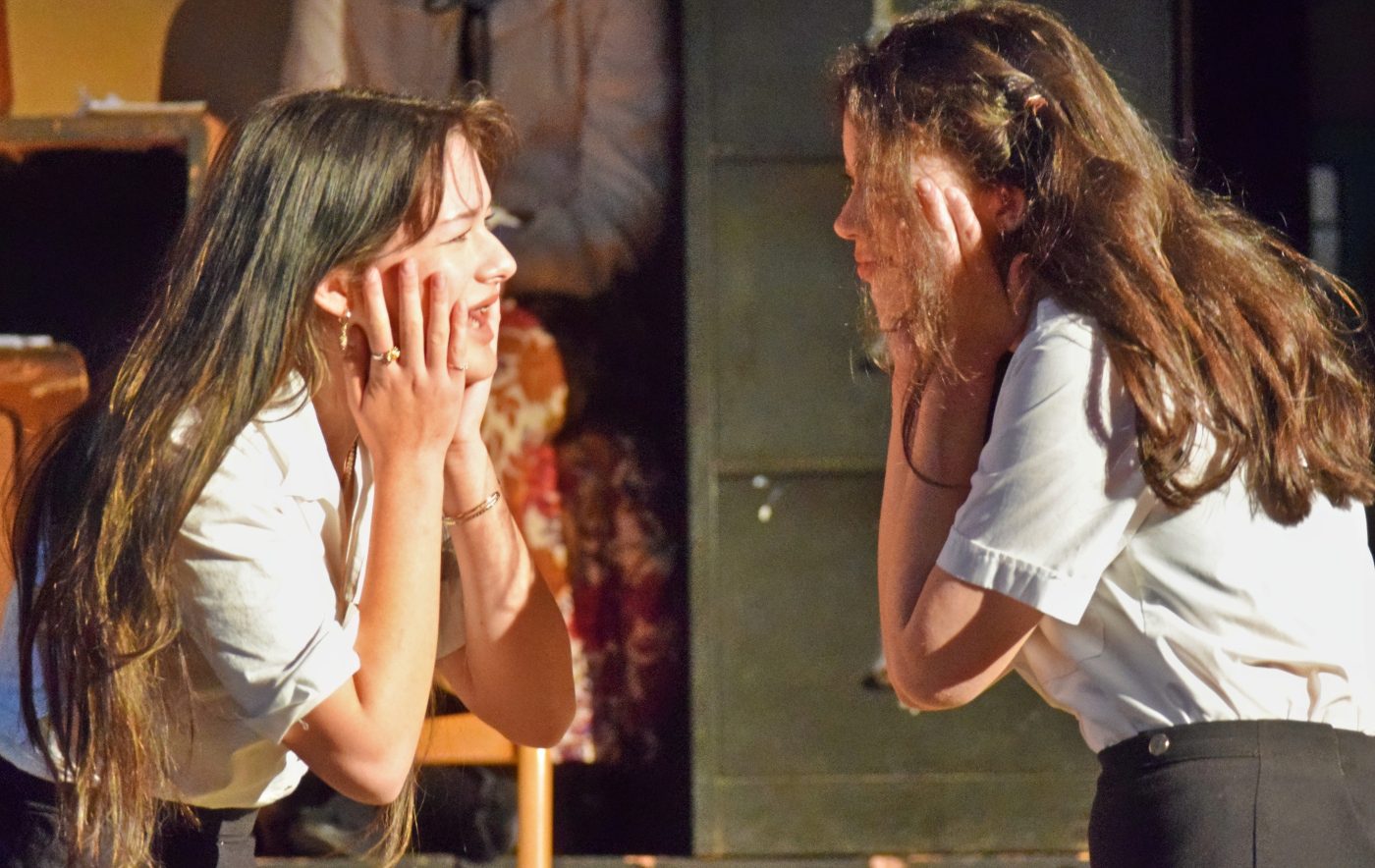 Rydal Penrhos’ amateur production of Under Milk Wood (The Definitive Edition) was a roaring display of performing arts prowess.

There was another landmark occasion at Rydal Penrhos which saw more than 70 pupils participate in various capacities during the annual senior amateur production. This follows on from performances such as Les Miserables and Matilda the Musical Jr. in recent years to further enhance the status of performing arts across the school.

Pupils spent a considerable period rehearsing and learning lines prior to taking the stage for Under Milk Wood (The Definitive Edition), which was held on Sunday 16 October, Monday 17, and Tuesday 18 in the Memorial Hall.

“Under Milk Wood (The Definitive Edition)” is presented by arrangement with Concord Theatres Ltd. on behalf of Samuel French Ltd. www.concordtheatricals.co.uk.

The three-night amateur production was incredibly well supported by the Rydal Penrhos community, who turned out in force to see pupils thriving on stage during the emotional and humorous Dylan Thomas piece.

Cast members received significant praise for their respective contributions, with production lead Miss Fiona Earle stating that performing in front of a reactive audience brought the very best out of each pupil involved.

Miss Earle arranged a series of workshops with the likes of Ben Richards to boost pupils’ performance levels. Their dress rehearsal was even attended by Iwan Williams, who is the chief executive and artistic director of The Barn Theatre.

The respected figure took in the amateur production and spent time speaking with pupils upon its conclusion, offering some helpful hints that served them well when the big nights arrived.

Gallery: Amateur Production of Under Milk Wood (The Definitive Edition)

This all contributed to an exceptional spectacle. Rydal Penrhos staff lent their support in various forms such as lighting and set creation, with Mr Pete Williams and Gwyn Davies providing the musical elements throughout.

On behalf of everyone at Rydal Penrhos, we would like to congratulate the pupils, Miss Earle and everyone who assisted with Under Milk Wood (The Definitive Edition). You should be enormously proud of your efforts.