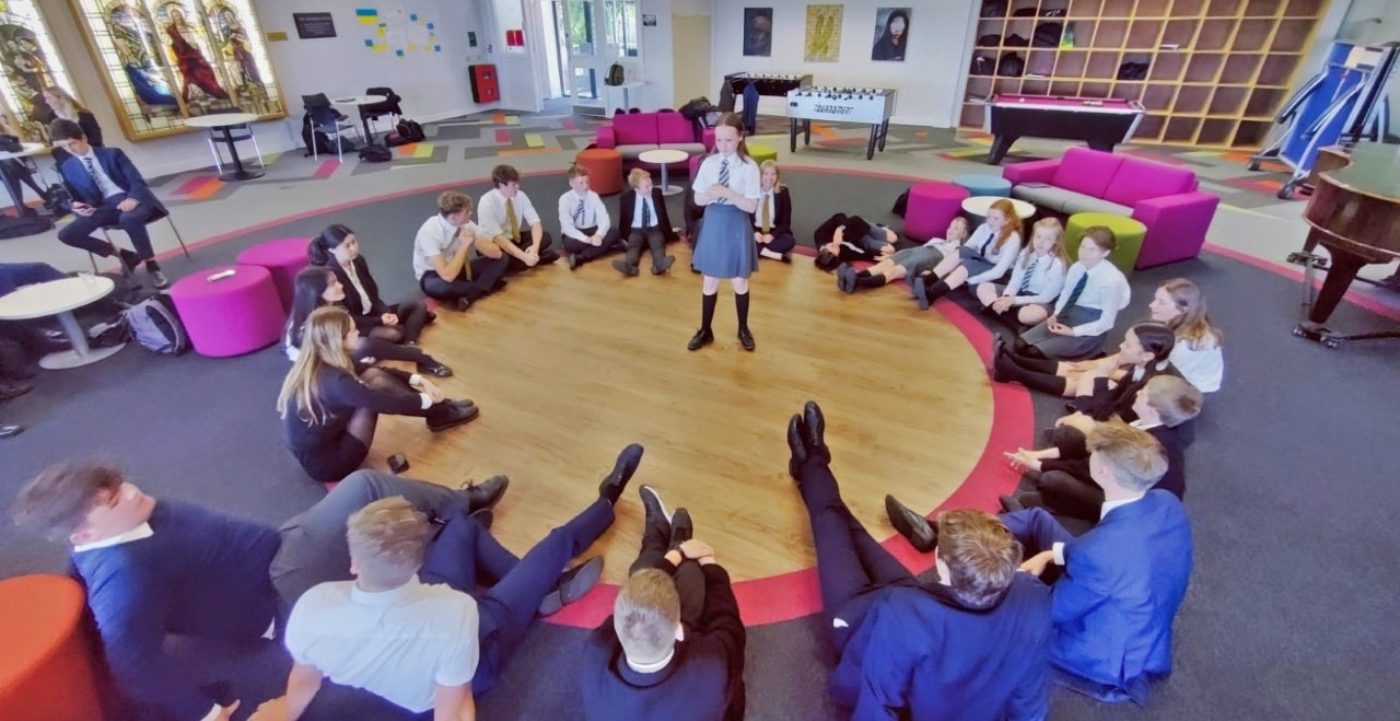 Sixth Form pupils at Rydal Penrhos thrive in various leadership positions, which form an integral part of the day-to-day life at the school.

Our Sixth Formers play an integral role in establishing an ethos unique to Rydal Penrhos. While a selected team of Senior Prefects contribute to the smooth running of the school day, all Year 12 and 13 pupils are expected to lead younger pupils and set the standard in terms of conduct and dress.

These opportunities also include Peer Mentoring, which involves Sixth Formers becoming role models for younger pupils and providing an exceptional support system during their initial transition to Senior School and beyond.

This year’s Peer Mentor group wasted no time in making a substantial impact, which is a testament to their commitment to themselves, their willingness to help others and combine studies with multiple other challenges that will stand them in good stead throughout higher education.

Sixth Form pupils build bonds and promote well-being through various activities, including themed games within Rydal Penrhos’ specialist Sixth Form Ferguson Centre, which is the base for those in Years 12 and 13 to study and relax among their peers.

This allows pupils to be themselves and build trust alongside Peer Mentors and other Sixth Formers. Something that can enhance confidence and security that enables them to thrive in a safe, happy environment.

The Sixth Form not only offers an incredible breadth of study, but it also provides pupils with a varied and exciting social calendar, largely coordinated by the pupils themselves. They organise events such as dances, parties and barbecues, while the Sixth Form Charity Committee is in charge of fundraising events throughout the year.

All this is part of the outstanding Sixth Form provision provided by Rydal Penrhos, which brings exceptional examination results consistently, extra-curricular achievements and much more that form the foundations for a successful future whatever path they choose next.

Rydal Penrhos is holding a Sixth Form Information Evening on Thursday 17 November from 6pm. Anyone wishing to book can do so by emailing admissions@rydalpenrhos.com or registering your interest online.