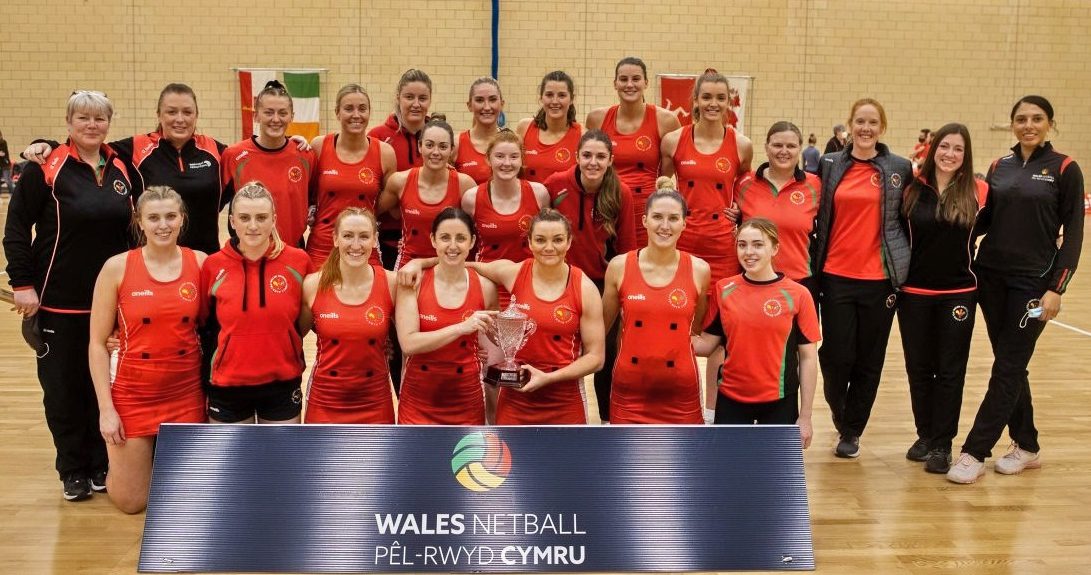 There was more to celebrate for Wales Netball co-captain and former Rydal Penrhos pupil Suzy Drane as she played a significant role in another impressive series triumph for the national team recently.

The Welsh squad welcomed the Isle of Man, Gibraltar and the Republic of Ireland for the O’Neill’s Wales Series, which was the first time international netball had been held on home soil since the COVID-19 pandemic began, even though restrictions prevented fans from attending the competition.

Suzy and the Wales squad got off to an emphatic start in their opening fixture, producing a dominant display to secure a 69-13 win over Ireland, and this was followed up on Day 2 with another polished performance against the Isle of Man that saw the hosts lead 43-16 at the break en route to another victory.

Wales’ final game of the tournament against Gibraltar was another one-sided affair with some exceptional attacking prowess and movement from the home side. This enabled them to emerge from the series unbeaten thanks to a convincing 82-27 win to round off a sensational weekend.