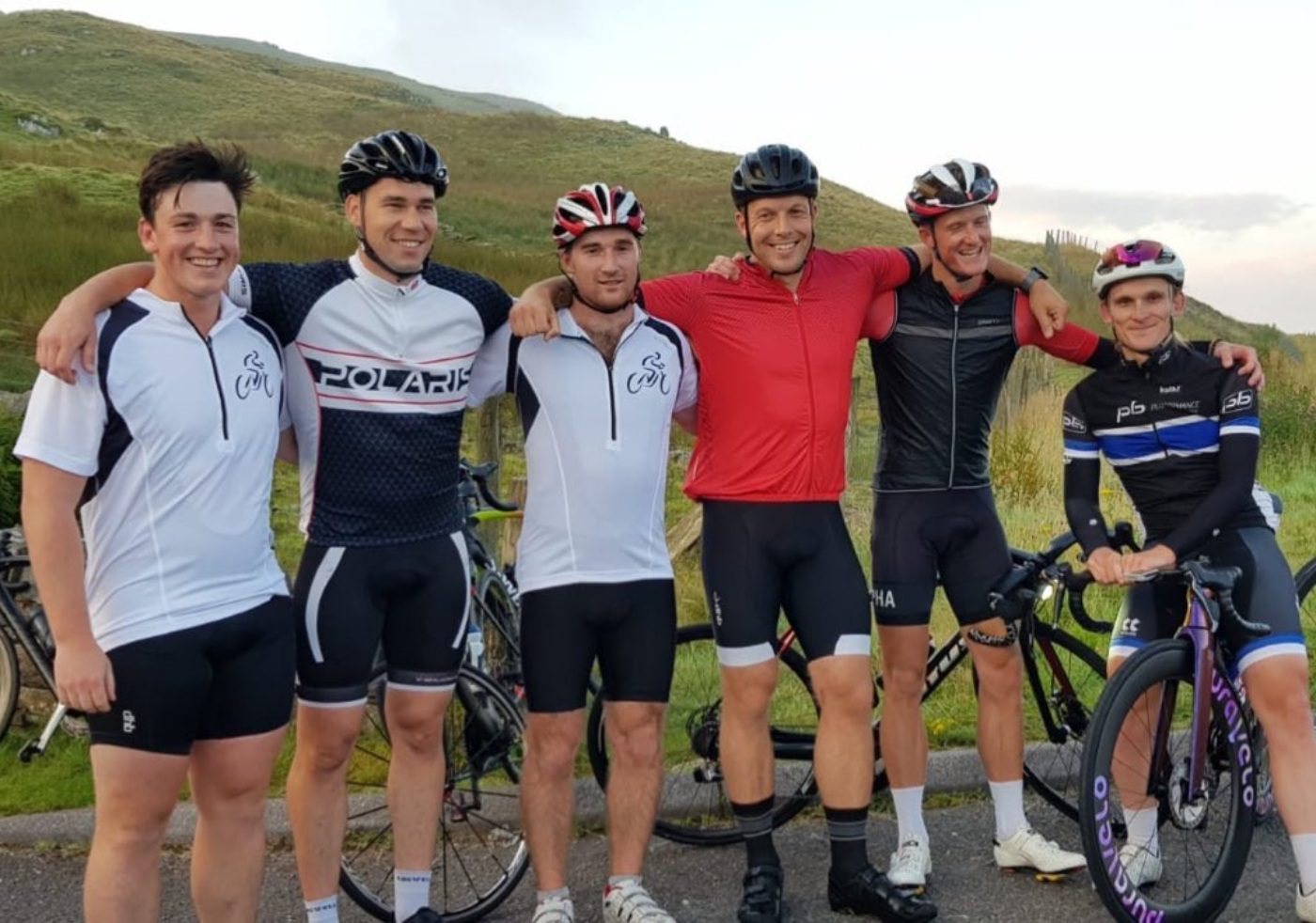 Three former Rydal Penrhos pupils managed to complete a gruelling cycling challenge to raise funds for a worthy cause.

Tom Harding, Dylan Kerfoot-Robson and Jake Lovatt, who all left Rydal Penrhos in 2014, set off from Porth Eirias in Colwyn Bay in the early hours of the morning to try and reach Cardiff Bay on Saturday 15 August.

The trio were aiming to complete the daunting 187-mile journey in around 12 hours, and they were supported along the way by a school minibus that contained teaching staff Sally-Ann Harding and Dave Robson, in addition to former teacher Mike Leach.

They encountered almost every climate possible throughout their journey from north to south. But despite some testing moments, the group managed to reach their destination by late afternoon on the same day.

Tom was joined by fellow members of the Royal Marines for the challenge, which was to raise funds for The Walton Centre in Liverpool.

This is a cause that is close to Tom’s and Rydal Penrhos’ heart, with his father Timothy spending time at the centre over the last 15 years.

Dylan is no stranger to cycling, with the former pupil competing at a high standard professionally. He also represented Wales at the Commonwealth Games, which represented yet another outstanding achievement to add to the illustrious history of the school.

Jake is a former rugby captain at Rydal Penrhos who has since gone on to become part of the Royal Air Force. And his sporting exploits saw him play a leading role in the RAF Spitfires team securing a notable tournament victory at the Calcutta 7s.

This is a further reflection of the affinity that pupils of Rydal Penrhos have with the school after moving on to the next stage of their journeys.

The school will always go out of his way to help former pupils with anything they need, and we are delighted to be supporting this challenge in some small way.

The group have raised almost £3,000 for the centre, and anyone wishing to donate can still do so here: https://justgiving.com/fundraising/thomas-harding1996