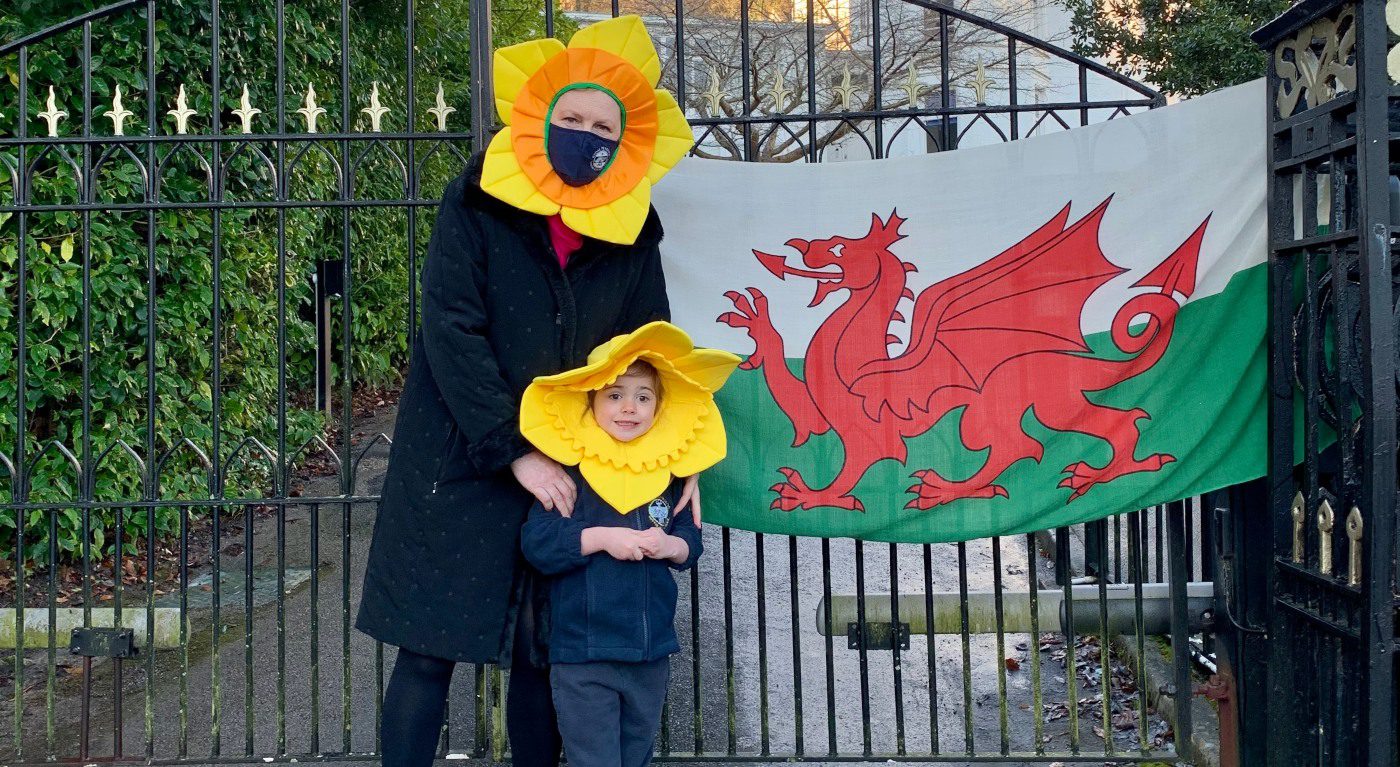 Although the Rydal Penrhos community and others throughout Wales were unable to celebrate St David’s Day in normal circumstances due to COVID-19 restrictions, a special Whole School Assembly was devised to ensure Dewi Sant was recognised on what is a notable occasion across the country every year on 1 March.

Reverend Nick Sissons, who is the school’s Chaplain, was once again at the forefront of this thanks to his sterling work creating videos for pupils across all age groups who have been unable to congregate together during social distancing measures and educational lockdowns over the last 12 months.

He received assistance from Director of Music Pete Williams, with Communications Manager Dean Jones putting it all together for staff, pupils and Rydal Penrhos family members to enjoy.

The Assembly began with Rev’d Sissons – complete with Daffodil hat – giving an introduction into the importance of St David’s Day and led the virtual assembly in The Lord’s Prayer.

He then went on to discuss the song of choice from Mr Williams, which was “Dafydd – Y Garreg Wen”, with was created by David Owen (1712–1741), a harpist and composer who lived near Porthmadog.

Y Garreg Wen was the name of the farm where he lived near Morfa Bychan. There is a tradition that as Owen lay on his death bed, he called for his harp and composed the tune of the song for his mother, with the words added some 100 years later.

Rev’d Sissons also revealed an interesting fact about the song, which was the first played by the BBC when they began broadcasting in Wales.

The Chaplain then provided a story entitled David and the Bees, which centres on an Irish Monk named Modomnoc, who was given charge of the bees in a sheltered corner of the monastery garden Dewi Sant built where he planted the kinds of flowers best-loved by the bees.

He talked to the bees as he worked among them and they buzzed around his head in clouds as if they were responding and would walk among the hives in the evening and talk to them, and the bees, for their part, would crowd out to meet him.

When the time came for him to return to Ireland, three times the bees followed in a great swarm and settled on the mast.

St David perceiving this occurrence to be a good omen allowed Modomnoc to bring the bees to Ireland. When he landed, he set up a church at a place called Bremore, near Balbriggan, in County Dublin, and here he established the bees in a garden just like the one they had in Wales.

He would later become known as St Modomnóc of Ossory.

“Look beneath the surface to see what they really need.”

Concluding the assembly, Rev’d Sissons urged the Rydal Penrhos community to give generously to someone they know and look beyond the surface to try and find out what a certain person might actually need, no matter how big or small that may be.

His final act of assembly was to read a prayer that was given to him on a pilgrimage to St David’s Cathedral in Pembrokeshire.

Everyone at Rydal Penrhos would like to wish you all a very Happy St David’s Day – Dydd Gwyl Dewi Hapus i bawb.