Years 3-6 take to the stage for “A Rainbow Year” 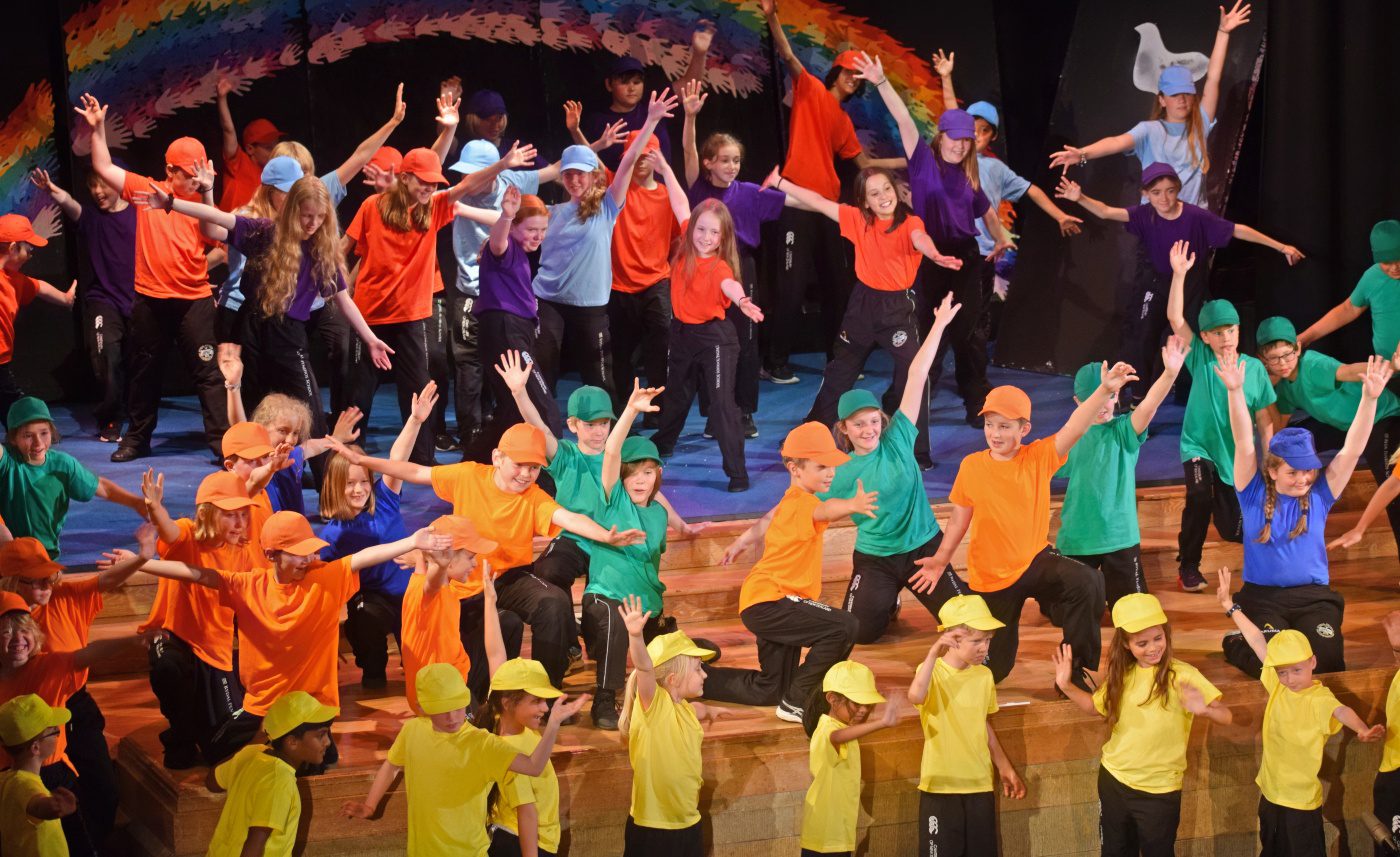 Year 3-6 pupils at Rydal Penrhos took to the stage for a special production before the academic year came to a conclusion.

It’s been a difficult academic year with plenty of disruption. COVID-19 restrictions forced staff and pupils at Rydal Penrhos into many sacrifices and they all deserve a great deal of credit for pulling together in pursuit of their goals, ensuring no learning loss took place and individual goals remain unaltered.

This also meant certain events and sporting fixtures could not go according to plan as the school endeavoured to comply with every social distancing guideline implemented by the Welsh Government.

However, there were signs of normality returning during the summer term with outdoor expeditions, Rydal Penrhos’ annual cricket fixture against the MCC and also a stage production from pupils in Years 3-6 that went down a storm with those in attendance.

The play – entitled “A Rainbow Year” – was devised by staff and pupils and follows the concept that a rainbow is often seen at the end of a storm. It was decided to all NHS staff for their outstanding dedication over the last 17 months.

This past year, during the COVID-19 pandemic, has seen a real storm of emotions.

Each emotion can be represented by a colour and brought together as a rainbow, which was depicted in exceptional fashion throughout the production.

It was written and directed by staff and members of Year 6 and considering there was little time for rehearsals, it was an absolutely incredible performance from all involved.

The showcase had everything from synchronised basketball, a Welsh sketch, masked dancing, colourful flag-waving and silhouette shapes that really caught the eye.

Communications manager Dean Jones has put together a digital document surrounding the production for the Rydal Penrhos community to enjoy.

It features an introduction, the cast and crew, inspirational writing words from Year 6, a huge gallery of images from the play and the production itself.

Thank you to everyone involved, the performance really lifted the spirits of those in attendance and the pupils on stage at the end of this quite challenging year. Well done to all and we hope you have a lovely summer break!