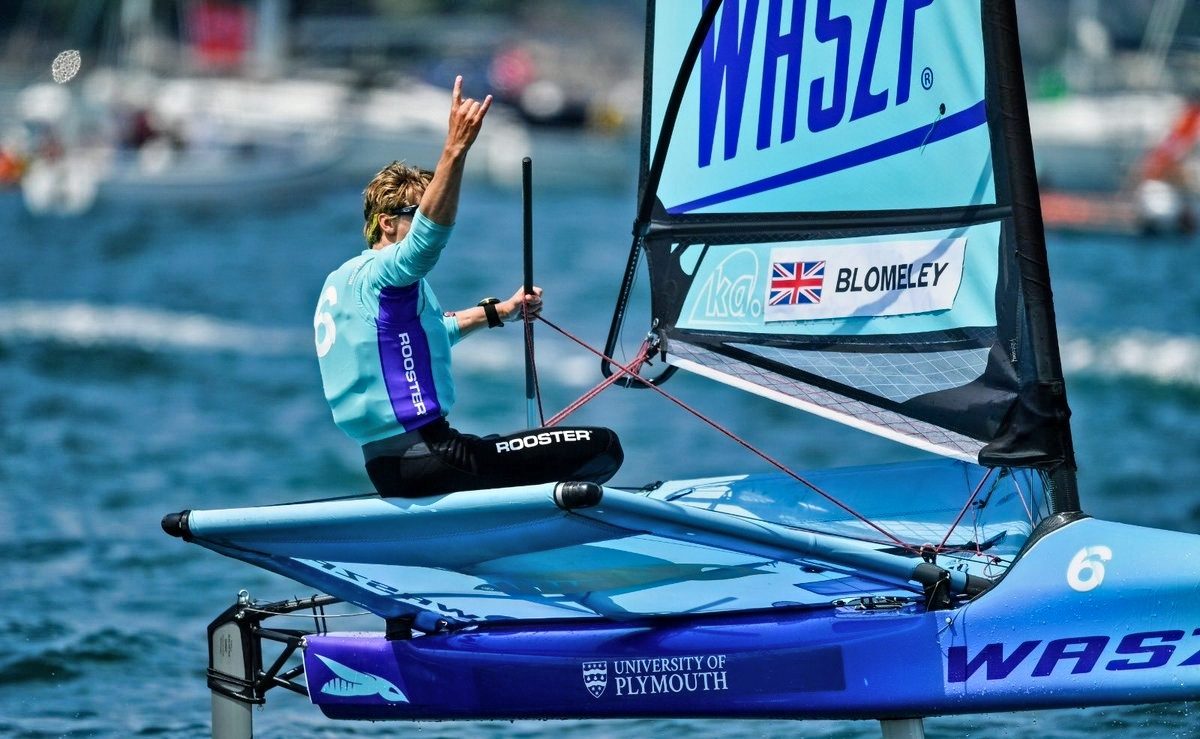 Former Rydal Penrhos pupil Zac Blomeley has been competing in the United States of America at the pinnacle of Waszp sailing.

We are always thrilled to hear about the success of our former Rydal Penrhos pupils. Many go on to achieve great things thanks to the exceptional foundation they receive at the school, which includes thriving in business and also within a sporting environment.

Sailing has been a core part of Rydal Penrhos history for more than 60 years. The school’s centre is accredited by the Royal Yachting Association and has produced a wealth of internationally-recognised sailors who gained significant success throughout their time working with our qualified instructors.

One of the best sailors to ever emerge from Rydal Penrhos is Zac Blomeley, who attended the school from 2012-19 and is currently making a real name for himself on the Waszp sailing circuit.

Zac, who has also been inspiring current sailors at the school in a coaching capacity in recent months, earned another significant milestone by qualifying for the prestigious SailGP Waszp Inspire Championship of Champions, which took place in San Francisco, California last weekend.

In the lead up to the event, where Zac was representing the United Kingdom, the promising sailor spent the day working alongside Sir Ben Ainslie and the SailGP Team GBR, honing his skills in readiness for the challenge that lay ahead.

Zac managed to qualify for the competition by securing an overall win with a commanding display in marginal conditions at the Great Britain Sail Grand Prix in Plymouth, which was the finest performance of his blossoming career to date.

Throughout the season, promising young sailors were selected through their governing bodies, WASZP Class association and SailGP Inspire racing events to ensure the highest level of diverse talent and a 50:50 gender balance.

In addition to racing in the WASZP Grand Final, the young athletes took part in lead-up training clinics in San Francisco with professional foiling coaches, as well as meet-and-greets with athletes and senior members of SailGP staff to receive invaluable career advice, work experience and additional fitness training.

Everyone at Rydal Penrhos is incredibly proud of Zac and everything he continues to achieve. We look forward to hearing about further accomplishments in the future.