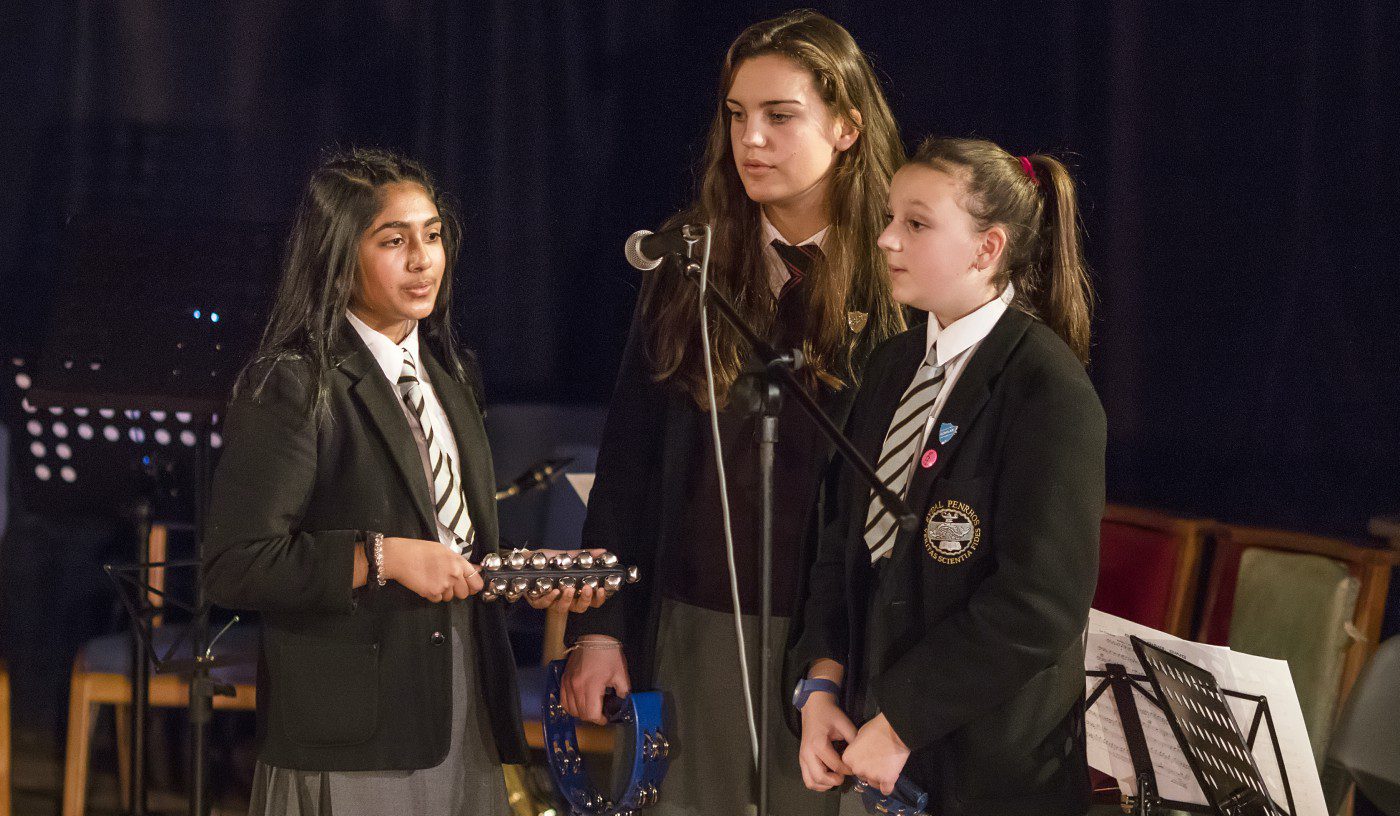 The concert will open with a join performance from the Schola Cantorum and the Rydal Penrhos Community Choir, before the Chamber Orchestra take centre stage with two contributions.

Gwyn Davies, Darcie Harker-Weston, Bella Rutherford and Shruthi Ganapathi will also feature during the first half of the showcase with individual efforts, and highly decorated singer and Sixth Form music scholar Tegid Goodman-Jones will be demonstrating his immense vocal ability with a rendition of Georgia on my Mind.

The talented duo of Ethan Bytheway and Sam Jones are other notable individual performers during the first period, which will conclude with efforts from the Year 11 singers, the Rydal Penrhos Dance Group and Upper Sixth Former Amy Yue.

Rydal Penrhos’ outstanding Jazz Band will kick-off the concert’s second half with two songs, before all eyes will turn to the sensational Zahra Shamsi and her version of O Holy Night.

A brother-sister duet between Ollie and Megan Gibson is also set to be a memorable portion of the event, and Megan will also be teaming up with Hannah Davies later on in the concert to sing Memory from the musical Cats.

Richard Wolfendale will close out the individual performances before taking the stage with Tegid and Harry Grocott to bring some swing to the showcase with Have Yourself a Merry Little Christmas.

The concert will conclude with performances from The Keytones, the School Choir, the Schola Cantorum and Community Choir to end what is sure to be a hugely entertaining evening featuring some exceptional performers.