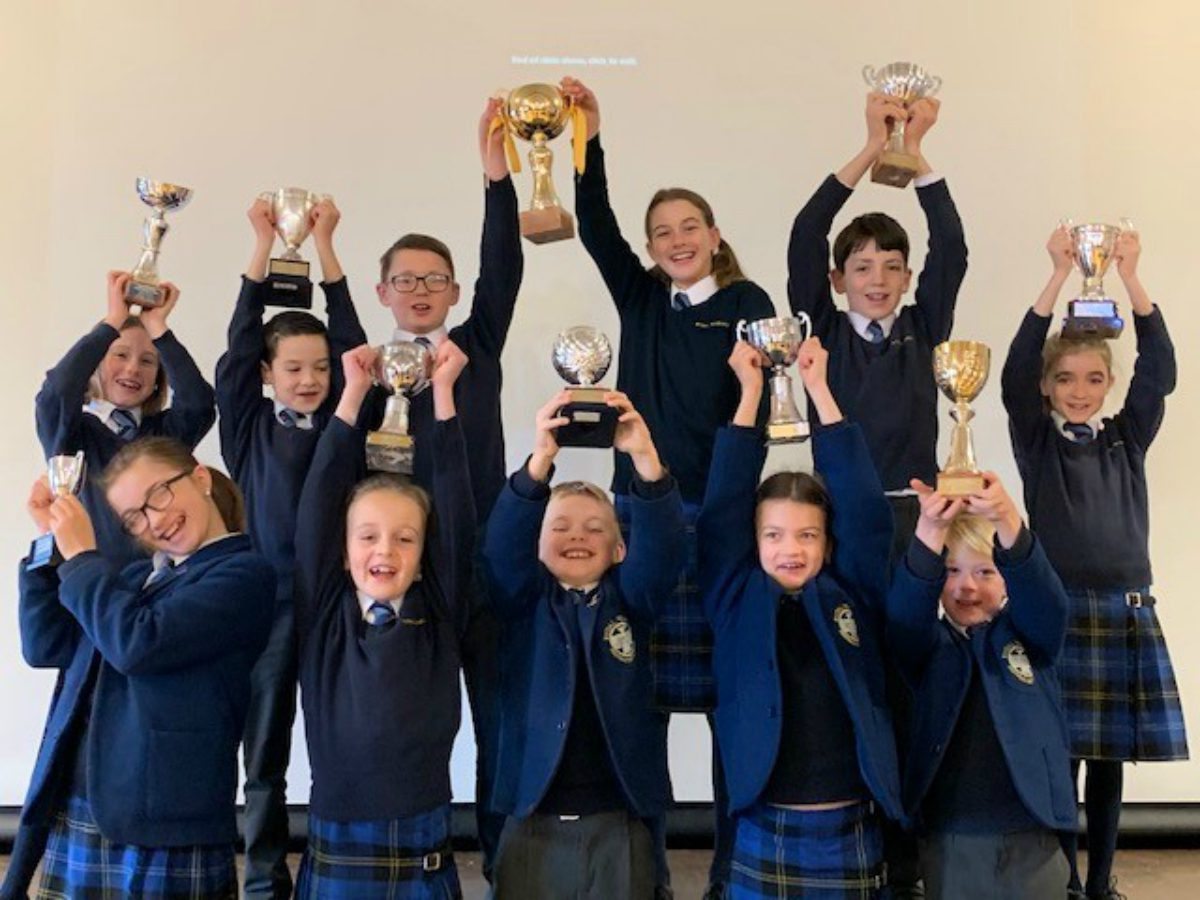 The Year 3 boys’ race saw Harrison Simmons take control from the outset to cross the line in first place after a fantastic display, with James Mart coming in second and Freddie Griffin in third.

A strong effort from Ella Craig saw he come away with the Year 3 girls’ crown for Snowdon, narrowly pipping housemate Beatrice Brookes-Fazakerley and Pembroke’s Ella Ffowcs-Williams, who came second and third respectively.

Much was expected of Brecon star James Davies in the Year 5 boys’ competition and he duly obliged with a first-place finish, with Pembroke duo Felix Griffin and Jorvan Toor digging deep to secure podium places.

The Year 5 girls’ race was equally as competitive, with Harper Burke rallying late on to finish in first spot to secure points for Pembroke, ahead of Amelie Skinner of Snowdon and Brecon’s Sophie Morris.

All eyes were on the Year 6 boys’ event thanks to a standout field of aspiring athletes, and Head Boy Rupert Barrington-Chance (Pembroke) produced another memorable performance to secure first spot for the second straight year in his age group, with the Snowdon pair of Dominic Chamberlain and Nathan Richards securing second and third.

Rounding off the event was the Year 6 girls’ competition, which saw Snowdon’s Lily Copeland extend her impressive recent run of results to attain first spot, with Charlotte Payne and Head Girl Fleur Roberts in second and third.

After all points were tallied, Snowdon took home the overall team crown ahead of Pembroke and Brecon, with Head of Games Jamie McLeod also praising Jorvan Toor, Nathan Richards, Gethin Winfield, Charlotte Knight, April Williams and Siham Clarke for their exceptional commitment throughout the cross-country season.

The overall Endeavour Trophy went to Year 6 pupil Tilly Trueman, who has experienced pain in her foot and ankle of late but still managed to complete the course with her customary smile in another demonstration of her guts and determination.

A full gallery of images can be found on our Facebook page: https://www.facebook.com/rydalpenrhosschool