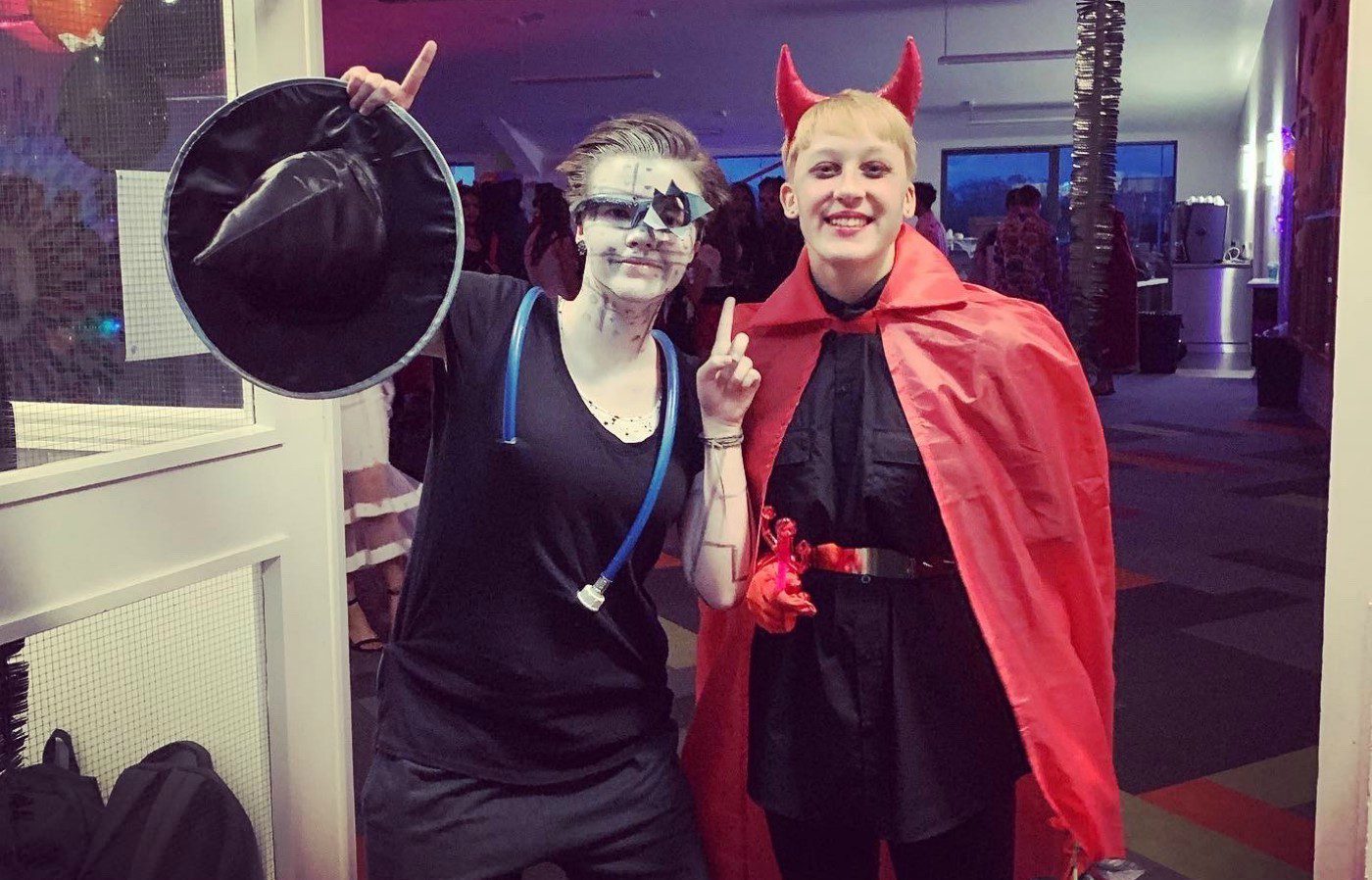 There was a haunting feel throughout Rydal Penrhos to celebrate one of the most prominent social occasions on the Sixth Form calendar.

The Year 12 and 13 groups put on their most spooktacular fancy dress outfits for the annual Autumn Social, which was held at the Ferguson Centre before the half-term break.

There were plenty of incredible outfits on display, ranging from witches, Smurfs, the Joker, knights of the realm and little red riding hood among countless other impressive costumes.

Catering providers Holroyd Howe got everybody in the mood for the festivities with some Halloween themed treats, and this year’s costume competition winners were Zahra Shamsi and Alfie Downing.

Head of Sixth Form Leah Crimes, said: “Outstanding and impeccable behaviour from every member of the Sixth Form at our Autumn Social.

“They made such a huge effort with their costumes, and the social committee decorated the Ferguson Centre beautifully.

“Thank you to Sarah, Jane and Mary for giving up their evening to help me supervise, and thanks to Mark for coming at the witching hour to help us clear up.

“Thank you to Fiona, Phil and John W for dropping by and spending time with them all! Special mention must go to Fiona’s TWO costumes!

“I would like to offer my appreciation and congratulations to all, especially members of the Social Committee, led by Orla McGagh and Zahra Shamsi.”