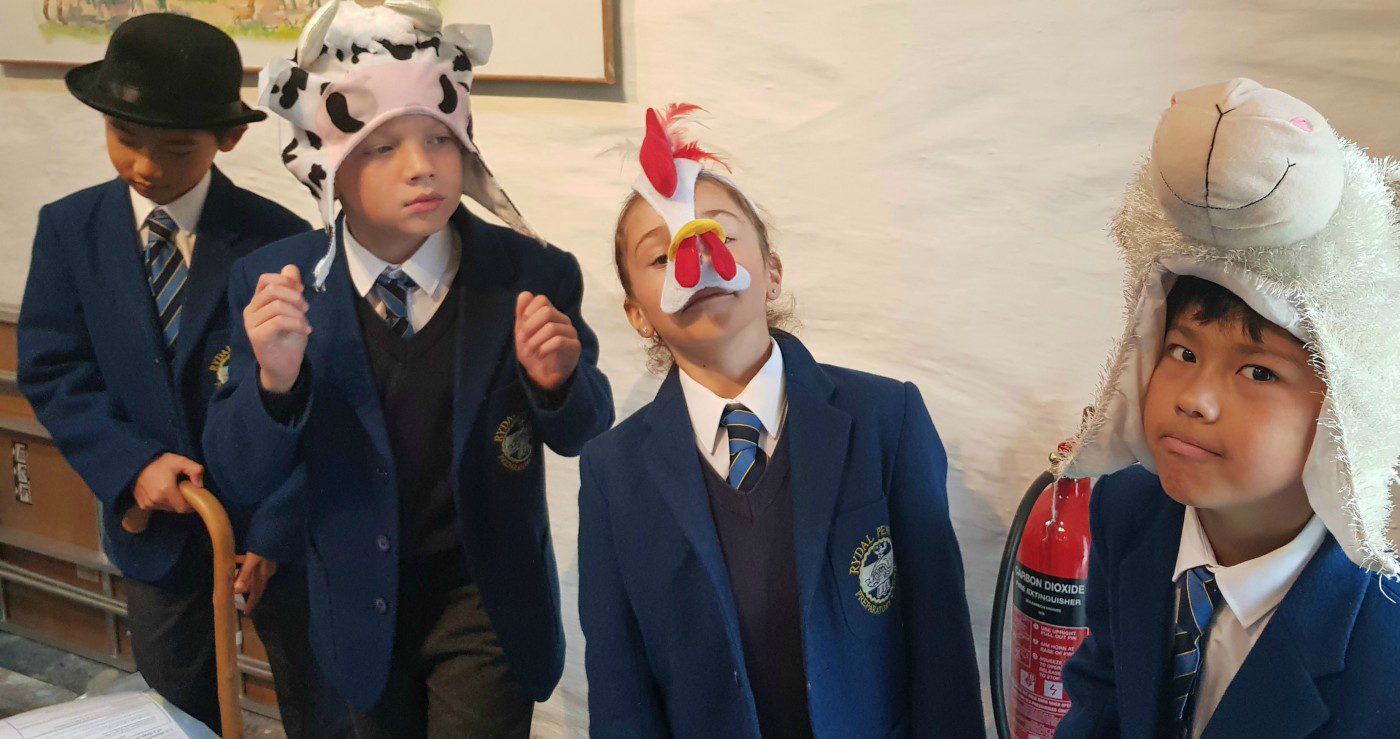 On an extremely wet morning, Year 5 travelled to the tiny valley of Wybrnant near Penmachno to visit the home of one of the champions of Welsh language and culture: Bishop William Morgan.

Ty Mawr is a National Trust property and the curator Mr Nathan Munday, took the children around the stone farmhouse where a roaring fire had been lit and explained what life would have been like in the 1550s as William grew up.

We learnt that drovers would pass this way on their 200 mile trip to London taking livestock to market. It was such a long way they even made special shoes for their geese’s feet.

Upstairs we saw a bed where four people would have slept sitting upright; they did this because they were afraid that if the angels saw them laying down they would think that they had died and needed taking to heaven.

In a separate room a collection of bibles, including one of the surviving copies of William Morgan’s first Welsh Bible, were on display.

After a tour of the house we dodged the large puddles and crossed to the education Centre where the actor Llion Williams was waiting to take us on a dramatic whistle-stop tour of William Morgan’s life.

There were lots of props and sound effects and costumes for the children to really immerse themselves in the performance and for nearly an hour they were spell bound as Mr Williams recounted how William Morgan was educated at Cambridge and how, at the command of Queen Elizabeth I, he was asked to co-ordinate the translating of the Bible into Welsh for the very first time, thus preserving the language for future generations.

Harry Nurse was clearly made for the role of Henry VIII, whilst Jorvan Toor and Felix Griffin excelled themselves as royal trumpeters; everyone enjoyed the roles they were asked to play although April Williams was not sure she wanted to be married off as Mrs Morgan and the Chaplain clearly felt awkward playing the Pope!

The life of Bishop Morgan is part of Year 5’s study of the Bible and how it came down to us. This is the first time we have visited Ty Mawr in its beautiful setting and we hope we may be able to do so again in future years.