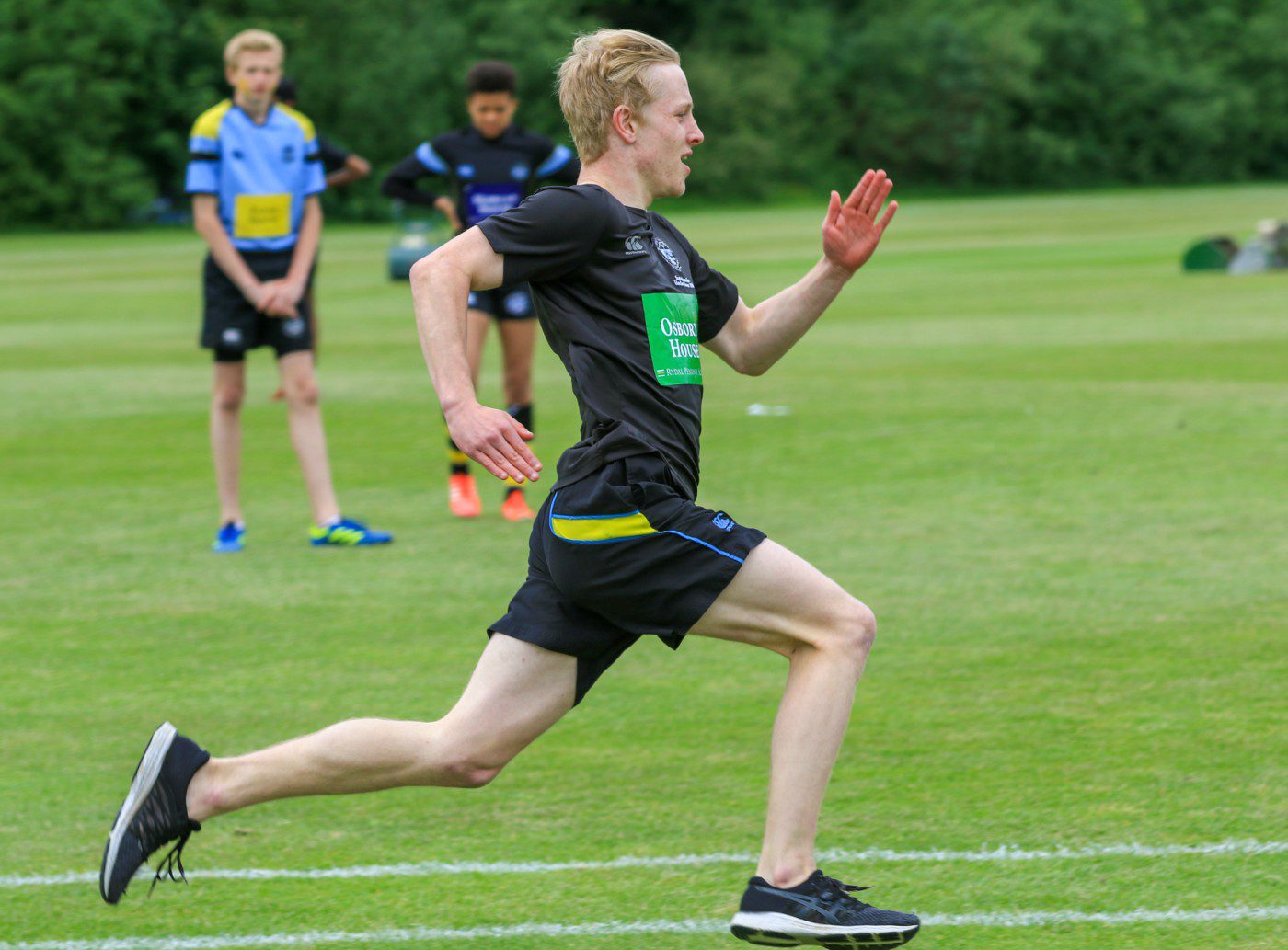 The challenge is to collectively complete 100 miles of exercise a week. This will be logged by teacher Sean Kitchen and the first year group to reach the target, wins!

Each pupil taking part is to record their mileage on whatever health app they choose during allocated exercise.

After the staff pulled out to a commanding advantage on day one, the Upper Sixth Formers stepped up to the plate and clocked 42.22 miles to surge them into second spot.

This is thanks in no small part to a half-marathon run from Hockey Wales international Jacob Heaton-Rue. Staff still lead the way with a total of 51 miles, which puts them more than halfway to the target.

There has been nothing recorded so far from Year 10 And 11 over the first two days of the challenge, which was organised by Health and Wellbeing faculty staff and drew inspiration from Colonel Tom Moore’s incredible fundraising efforts for the National Health Service.