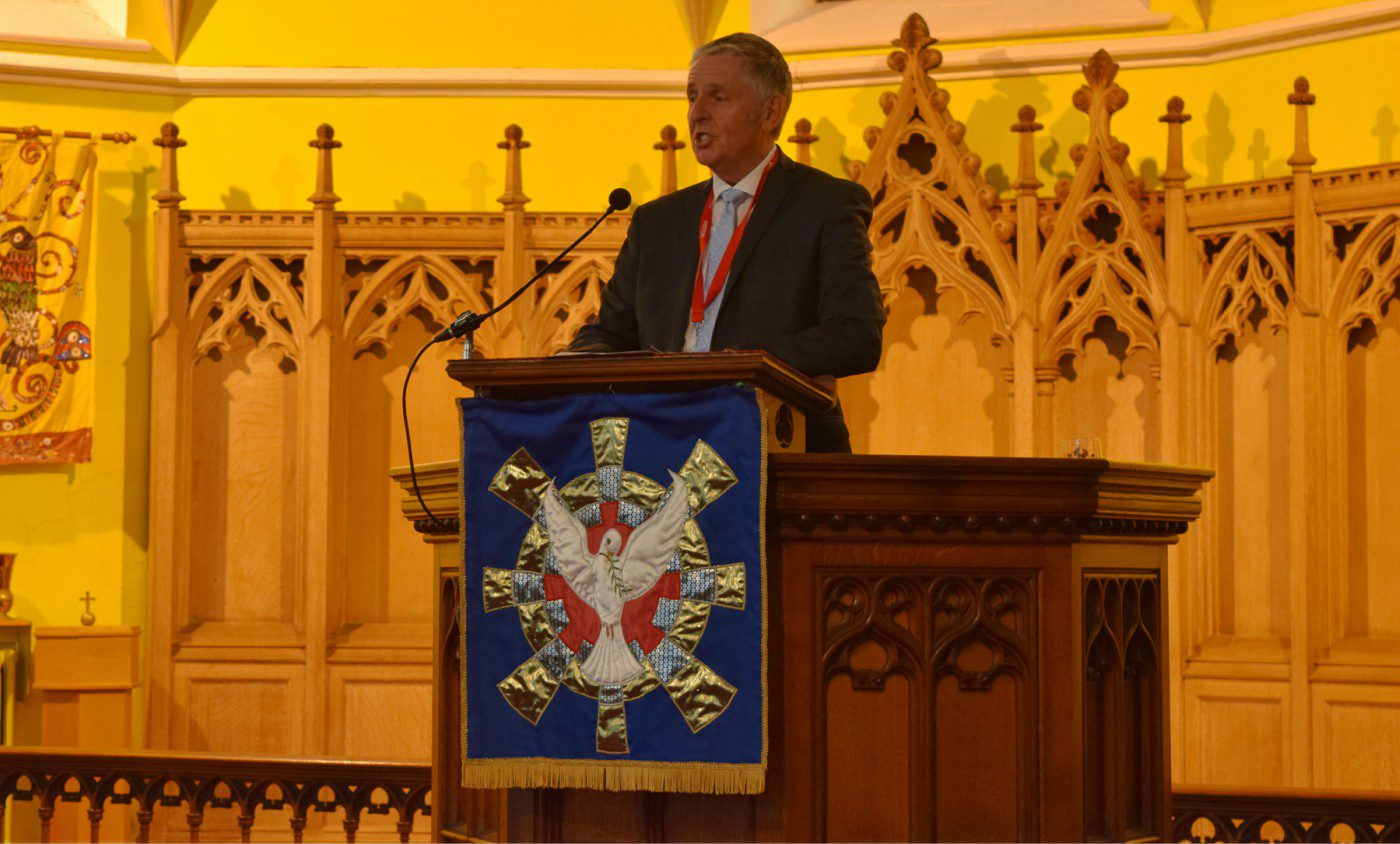 A leading figure in education field was the special guest at one of the most prominent celebrations in the Rydal Penrhos calendar.

Alan Davies JP, chair of the Wesley Trust, gave an inspiring address at the school’s annual Founders’ Day service in front of a large congregation at St John’s Church on Friday, September 13.

Mr Davies is a lifelong Methodist from the Warrington area and had a senior executive position in industry until he was in his late 30s when he felt called to move into teaching.

Before his retirement, he was Head and Executive Head in secondary schools in the North West, being awarded the status of National Leader in Education for his capacity to lead school improvement across groups of schools.

He also had experience of academisations at school and group level.

Mrs Harding, said: “We were honoured to welcome Mr Davies to Rydal Penrhos as the special guest speaker at our Founders’ Day Service, and his address left those who were fortunate enough to hear it with plenty of food for thought.

“Our Founders’ Weekend is always a time for great reflection and celebration to honour those who laid the foundations for the wonderful school we work and are taught in today.”