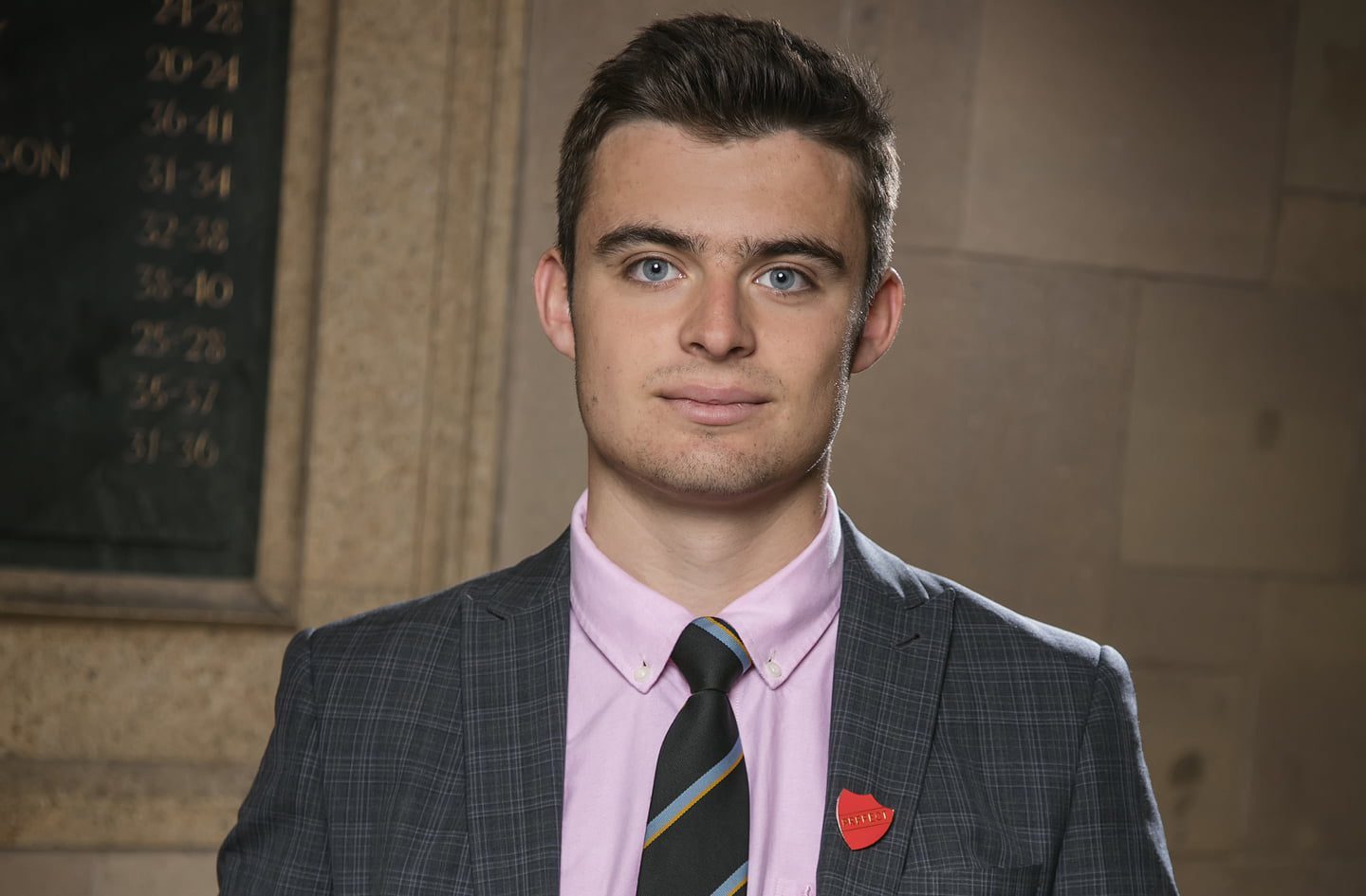 ​Former Rydal Penrhos pupil Alex Sharples has been speaking about the challenges throughout the aviation industry during COVID-19.

While the country celebrates its emergence from the COVID-19 pandemic, the unfortunate reality is that disruption to everyday life could remain far into this new decade. Something that Rydal Penrhos staff are fully prepared for after adjusting significantly well over the last two years.

Examples of broken supply chains and labour market shortages, results of the strains of the last two years, can be found in all industries, including the aviation industry. Over the past few weeks, a staffing crisis at Manchester Airport has risen to headline news, with passengers forced to queue for several hours and many missing their flights altogether. The episode is a reminder of the human side of jet travel, which millions rely on each year.

Rydal Penrhos are lucky to have many alumni who have chosen a career in the skies and can therefore share their insights into the industry and the impact of the past two years. EasyJet pilot Alex Sharples (RPS 2009-16) offers a fascinating perspective, given that he was only relatively early into his dream career when airlines were grounded in unprecedented circumstances.

Alex was kind enough to sit down with us recently and share the story of his career so far, from his earliest thoughts of becoming a pilot to his recent relocation from Luton to Manchester Airport.

As is typical of so many of our alumni who break into highly competitive fields, Alex’s desire to become a pilot was formed at an early age.

“My Mum was cabin crew for British Airways. So she really got me into it. When I was young, I did a lot of travelling with my family, so that made me really fall in love with air travel.”

When he was 14 years old, Alex’s parents gifted him a trial piloting lesson as a Christmas present. The experience confirmed his sense that piloting was something he wanted to pursue, therefore he began training for his Private Pilot’s Licence, becoming one of its youngest holders when he passed in the summer of 2015, just prior to the start of Year 13.

“That summer was really good fun, training so regularly for my licence. This was one of the most competitive courses. Only four per cent of the people who applied were accepted, but once you got in they offered really fantastic links to the major airlines.”

The first part of Alex’s preparation for his dream career was short but incredibly intense, given that it centred on the vital theoretical work needed to become a commercial pilot.

“We would be in the classroom five days a week, 8:30 in the morning until 5pm in the evening. You would be up until 10pm, 11pm at night studying, then you would get up and do it all again.”

All this was happening while many of Alex’s Rydal Penrhos classmates were in their first semester of university, making the most of a much more relaxed lifestyle.

“I didn’t really have a typical student experience, but there were a group of us trainees who lived and worked together, and we had a really good bond. We would come back from classes at 5pm, make dinner in our accommodation and then head back to the classroom and work through things together.”

Alex completed more exams in this period than an average student might across their entire time in university; nonetheless, once that difficult technical work was done, an opportunity of a lifetime followed.

As part of his training with CTC, Alex had the opportunity to travel to New Zealand for 150 hours of practical flight training, which began with single-engine planes, recapping many of the techniques that Alex had already covered as part of his UK Private Pilot’s Licence, before moving onto the four-seat, twin-engine Diamond DA42 Twin Star.

“This was more enjoyable than the UK training because there was less theoretical work and more practical stuff – take-offs and landings, dealing with emergencies, that sort of thing. Of course, there were still difficult days, but there was also time off to travel, head to the beach or play golf.”

After completing his stint in New Zealand, Alex returned to the UK, this time heading to Bournemouth to earn his Instrument Rating. For the next four months, he faced one of the steepest learning curves in his training to date as he mastered flying an aircraft using its instruments alone, an essential skill to deal with inclement weather and cloud cover.

“This was so different to the flying I had done to that point, which was all about using your eyes and looking out of the window, so there was a definite adjustment. Eventually, I got the hang of it and now I find instrument flying really nice, it’s something that I do all the time.”

Alex soon earnt his Airline Transport Pilot’s Licence and began work as a pilot for EasyJet, based out of Luton Airport.

“I was so happy, knowing I had finally made it after all that hard work, dating back to when I was a pupil at Rydal Penrhos.”

In his new job, Alex met an amazing variety of people with years of experience in aviation. Plus, he was now travelling to points across Europe and beyond on a regular basis.

“There were a few standout destinations. Nice airport gives you beautiful views of the Riviera and Monte Carlo on approach, plus the landing is all manually flown which is good fun. Another one would be Reykjavík because you can see the Northern Lights at night.”

Not long after Alex had gotten used to his dream becoming a reality, the spread of a new virus rocked the aviation industry and his sense of what lay next.

“Those first weeks were horrible. Nobody quite knew what was going on, my WhatsApp groups were going crazy with people speculating. Pilots at other airlines were being made redundant, so, as a new recruit, I was naturally very nervous thinking it would be a case of last in, first out. I had to think about what else I might do instead to put food on the table.”

“I belong to a really great airline and union and they negotiated so that, instead of facing redundancies, EasyJet pilots moved to part-time to cover the necessary cost cuts.”

The change in Alex’s working hours was dramatic.

Before the pandemic, he was averaging 90 hours of flying a month; with the new part-time arrangement and reduced demand for flights, this fell to around five to six hours a month.

“It wasn’t fun to be grounded for so long, but at least I was still in the job.”

As restrictions have eased, Alex’s job has returned to something approaching its extraordinary normality. He has recently relocated base from Luton to Manchester, having bought a home in Chester with his partner Madi, who he met in New Zealand during training.

Everyone at Rydal Penrhos would like to thank Alex for speaking with us and wish him the best ahead of what promises to be a hectic but exciting summer for commercial pilots across the country.