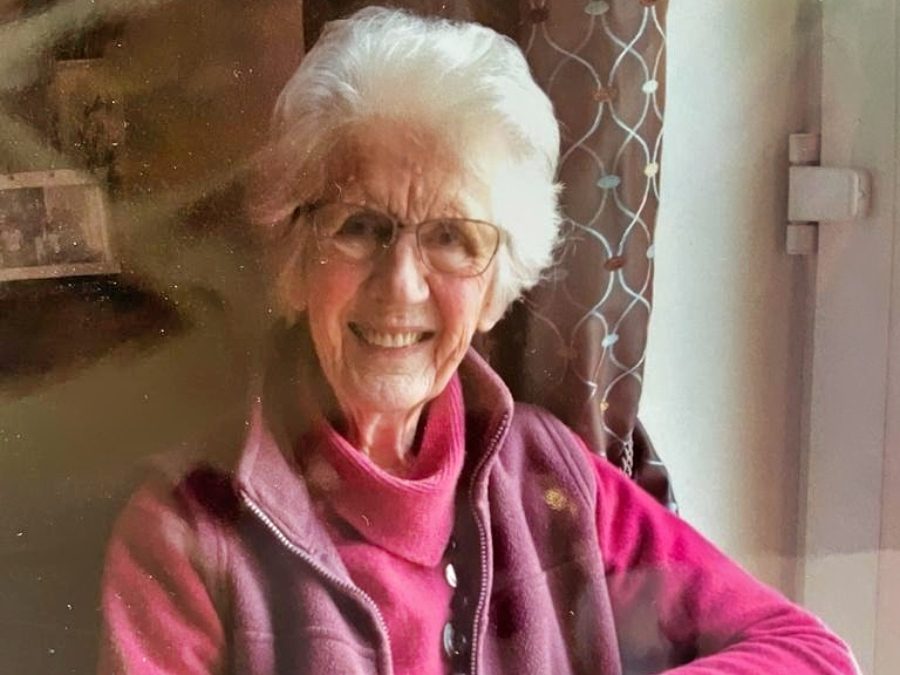 Anne Elizabeth Lawry was a much-loved former Biology teacher at Rydal Penrhos and the school was extremely saddened to hear of her recent passing on Saturday 25 June, aged 96.

She was the beloved wife of the late Kenneth and dearly loved mother of Elizabeth, Clarinda, Richard, Douglas and Susanna as well as being a loving grandmother and great grandmother to her many grandchildren and great-grandchildren.

The organist at the funeral will be Peter Crook, whose father Donald Crook taught Geography at the school, and whose mother Connie – evacuated from Penrhos College to Chatsworth House during World War II and is in the famous painting – lived in later years at Addlington House in Rhos-on-Sea with Anne.

They lived in and ran Old House and then Oaklands boarding houses from 1954 to 1968 after meeting at Cambridge University, where they knew several other future staff, particularly John Pepper (Languages) and his wife Barbara.

Anne will be sadly missed by all her family, many friends and the Rydal Penrhos community.

Everyone at Rydal Penrhos would like to offer our sincere condolences to Anne’s family and friends during this difficult time.