A talented young cricketer at Rydal Penrhos put a disrupted summer of fixtures to good use with a starring effort for his club side.

Rocco Molina-Franco, a Year 13 pupil at Rydal Penrhos, produced a series of outstanding displays for Buckley Cricket Club, who did manage to get some competitive action in despite a much-changed outlook across the region due to the coronavirus pandemic.

The teenager was at the top of his game throughout the summer, emerging as the team’s top-scorer at the crease with an impressive average of 41.13 from 19 appearances in the middle.

This resulted in Rocco securing 648 runs during this time, in addition to four half-centuries and a season’s best score of 104 not out in Buckley’s 103-run victory at Hawarden Park.

Rocco’s efforts with the bat accounted for just over 24 per cent of his team’s run total throughout the campaign and it is a testament to the pupil’s ability to rise to the occasion in the face of older and more experienced opposition.

This represents an outstanding achievement for the Sixth Former, who has been playing senior cricket since a very early age and made his full debut in 20-15.

Over the past five years, Rocco has attained 3,200 runs from 143 innings’ and boasts a career-high of 137 which he achieved against Brymbo in August 2019.

In addition to his batting exploits, Rocco also plays a significant role in the field as a wicket-keeper and has recorded 91 catches, 38 stumping and four run-outs during a standout young career to date.

Rocco turned 17 in August but has already made a substantial impression for his local club, which has also caught the eye of Cheshire squad selectors.

The pupil was part of their youth set-up last summer and made it to the final selection process this time around before it was cut short amid increasing fears surrounding Covid-19.

He was also selected to play for North East Wales Cricket in 2018 despite his tender age at the time.

Rocco’s outstanding efforts during the season resulted in the aspiring player making the Cricket Wales batting honours board on numerous occasions, which is a correlated list of the best performances across the country on a weekly basis.

Rydal Penrhos has a proud cricketing tradition that has seen plenty of past pupils go on to achieve regional and national recognition.

Owen Reilly, who was the school’s cricket captain for the last two years, became the latest to earn Welsh youth honours and recently claimed a five-wicket haul in Wales’ U18 contest against Warwickshire. 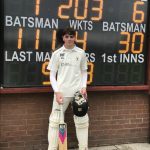 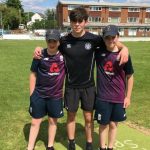 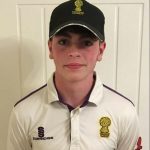