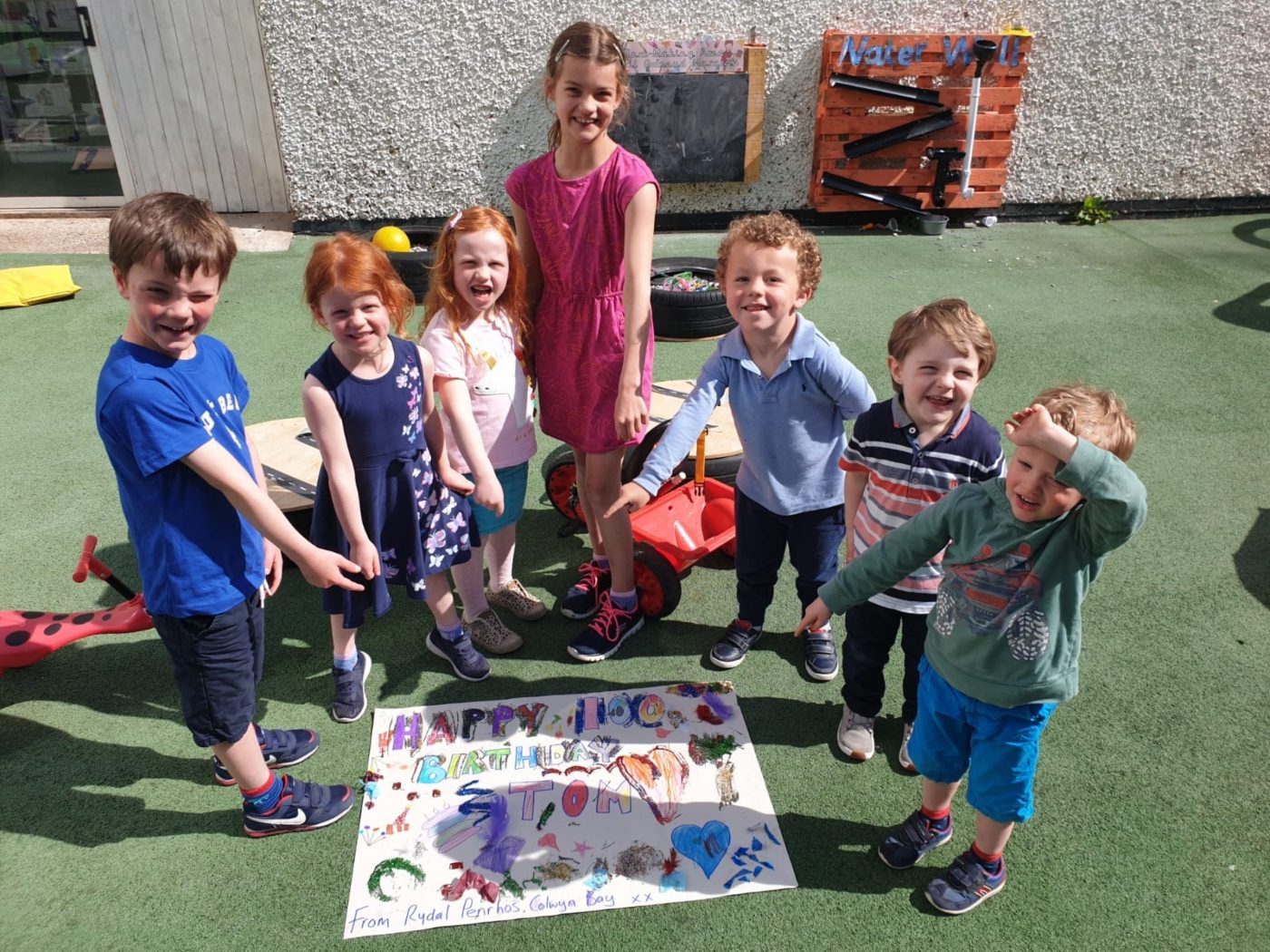 Members of the Rydal Penrhos community have shown their appreciation for an army veteran who has raised millions for the National Health Service.

Captain Tom Moore originally aimed to raise just £1,000 for NHS Charities Together by completing 100 laps of his garden before his 100th birthday.

Nearly 900,000 people have now made donations to his fundraising page, which has raised an astonishing amount of more than £18 million.

Those using Rydal Penrhos’ keyworker childcare provision during the coronavirus pandemic made Captain Moore a special Happy Birthday card to mark the occasion on April 30.

This was part of an activity they wanted to do in recognition of the fundraising effort after hearing about it on the news.

Former pupil Elysia Gilman, who is currently studying Art at the University of Loughborough, was also touched by the incredible story and created a sketch drawing of Captain Moore during the challenge. 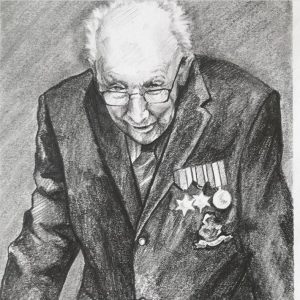 She has sent this on to the national treasure along with a birthday card.

Nearly half a million people have called for the war hero to be knighted in a petition to the Honours Committee.

The petition, which was set up earlier this week, has received more than 490,000 signatures after his efforts grabbed the nation’s attention.

Captain Tom began raising funds to thank NHS staff who helped him with treatment for cancer and a broken hip.

With the aid of a walking frame, he completed 100 laps of the 25-metre (82ft) loop in his garden in Marston Moretaine, Bedfordshire, in 10-lap chunks well before his birthday.