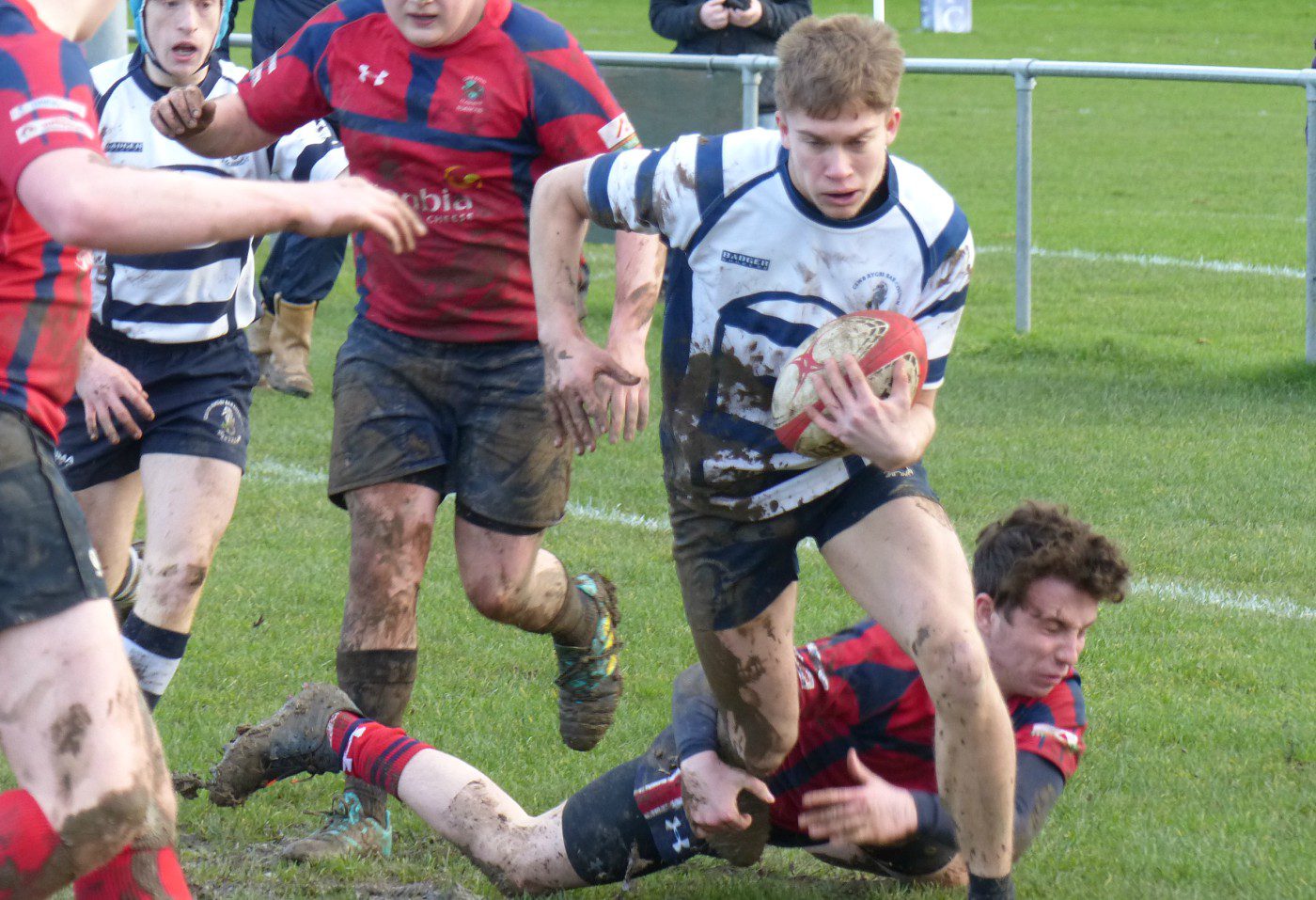 A talented rugby player at Rydal Penrhos contributed significantly to a superb victory for his regional side last weekend.

Fin Hare, a Year 13 pupil at the school, was part of the Colwyn Bay Rugby Club youth squad that took on Llangefni in a North Wales Championship encounter.

The Sixth Former was one of the standout performers during a notable home performance from the Bay, playing a leading role in their emphatic 66-14 success.

The powerful back produced a number of outstanding runs throughout the one-sided affair, which is the latest in a series of exceptional results from the improving group so far this season.

Fin has achieved a considerable amount from a sporting perspective and has been at Rydal Penrhos throughout his education after enrolling as a Reception class pupil in 2005.

He has emerged as a significantly influential of the school’s senior squad in both union and 7s disciplines, and his outstanding form also earned regional representative honours as part of the RGC U16 side last season.

Head of Physical Education Nicky Head, said: “This was an outstanding result for Colwyn Bay and it was fantastic to see Fin playing such a big part.

“He possesses a tremendous skill-set and is always working hard on improving his craft, something Fin is balancing with his A Level studies remarkably well.”