It has been a busy week for Rydal Penrhos’ individual and team athletes as pupils of all ages gave their best across a range of disciplines.

Whether pupils were looking to clinch a berth in a major final or give the school’s colours a run out for the first time in a new sport, Rydal Penrhos is immensely proud of our children and young people.

The Under-12s boys hockey team participated in a tournament against Ysgol Berwyn and Eirias High School’s A and B teams for a place in the national finals in Cardiff. The team approached the day with good spirits and a quiet sense of confidence that they could overcome their local rivals and give themselves a chance to emulate the success of Rydal Penrhos hockey teams of yesteryear that have competed for the Welsh title.

Over the course of three high-intensity contests, the Rydal Penrhos team secured two resounding wins against Eirias’ teams, running out 3-0 victors against the Colwyn Bay-based high school’s first and second-string sides. A tough game against Ysgol Berwyn ended in a narrow 1-0 defeat, meaning that the Under-12s must wait for confirmation that they have successfully booked their place in the finals.

By contrast, their older counterparts can start the celebrations as they confirmed their involvement in the Under-16s and Under-18s contests, respectively. We hope to share more success stories when the teams travel to the national finals on Wednesday 22 March.

Given the school’s large carefully maintained playing fields, which can prove a difficult challenge to even the most hardy cross-country runners, it is no wonder that Rydal Penrhos excels in producing talented practitioners of the endurance discipline. The Eryri Cross Country Championship, which took place at Bangor University’s Treborth Fields on Thursday 2 February, saw several pupils participate in various age-group races.

It also proved a breakthrough moment for Rydal Penrhos’ latest long-distance star in the form of Year 9 pupil Lily Copeland, who secured an excellent second place finish in the Junior Girls Race. Lily will move on to represent Eryri later in the month at the national championships; the gifted sportsperson recently competed for North West Wales in the Welsh Inter County Netball Tournament.

Congratulations to all that took part for their determined efforts!

Rydal Penrhos offers an ever-expanding and diverse range of sports and games, from rugby, hockey, and other physical team games to cerebral individual sports like badminton. Between these various options, there is plenty to appeal to every pupil and their own individual interests. Just as Rydal Penrhos responds to demand from its pupils with regards to extracurricular and subject choices, the same is true in terms of sports.

After joining the array of Senior sports in the past few years, football’s prominence at Rydal Penrhos continues to grow. On Friday 3 February, our Under-15s took the latest step forward for the beautiful game as they lined up for their first-ever competitive match away at Denbigh’s Myddelton College. Despite ending up on the losing side, the team put up a fine performance on their debut and, most importantly, had great fun in the process. 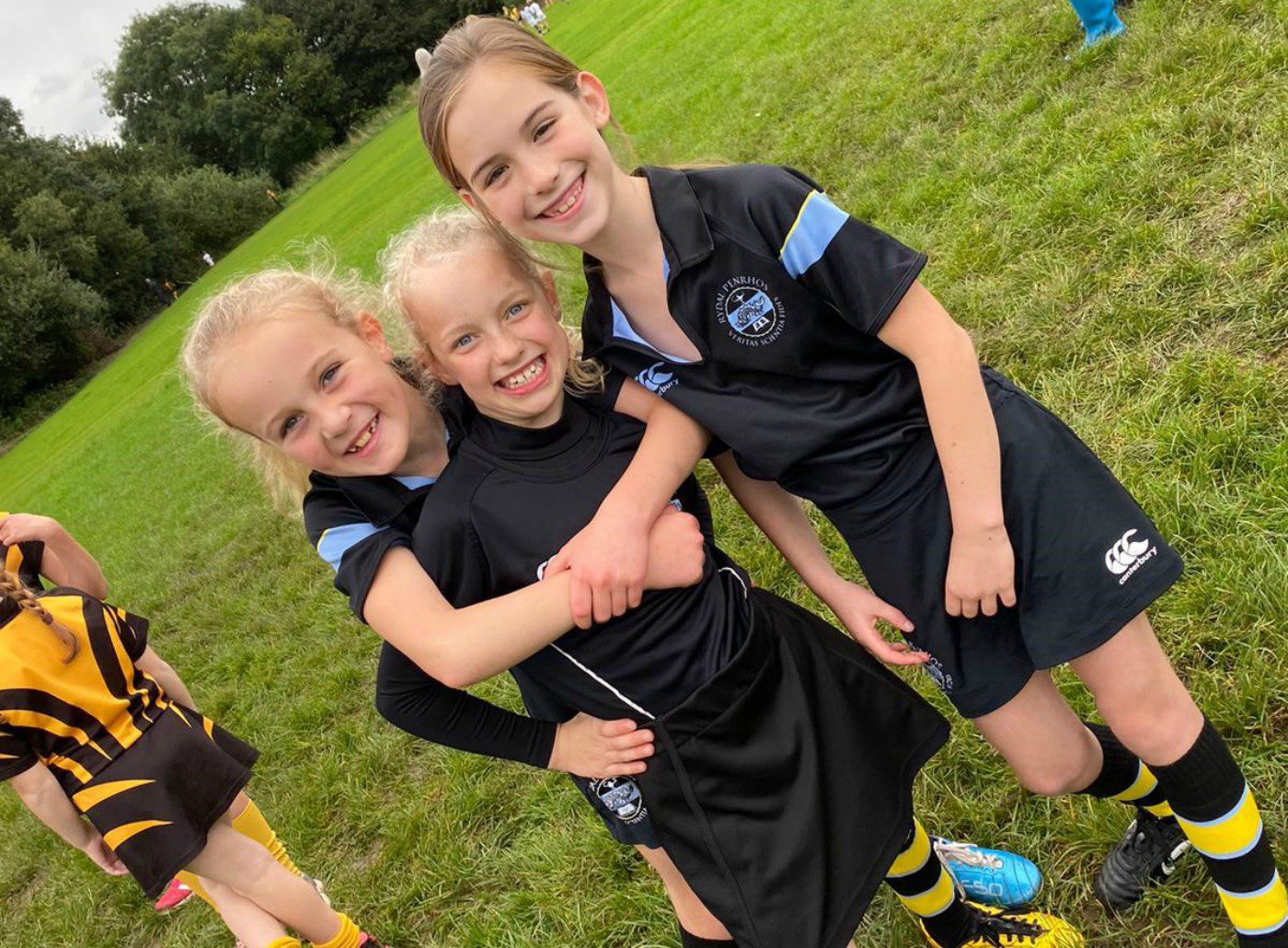