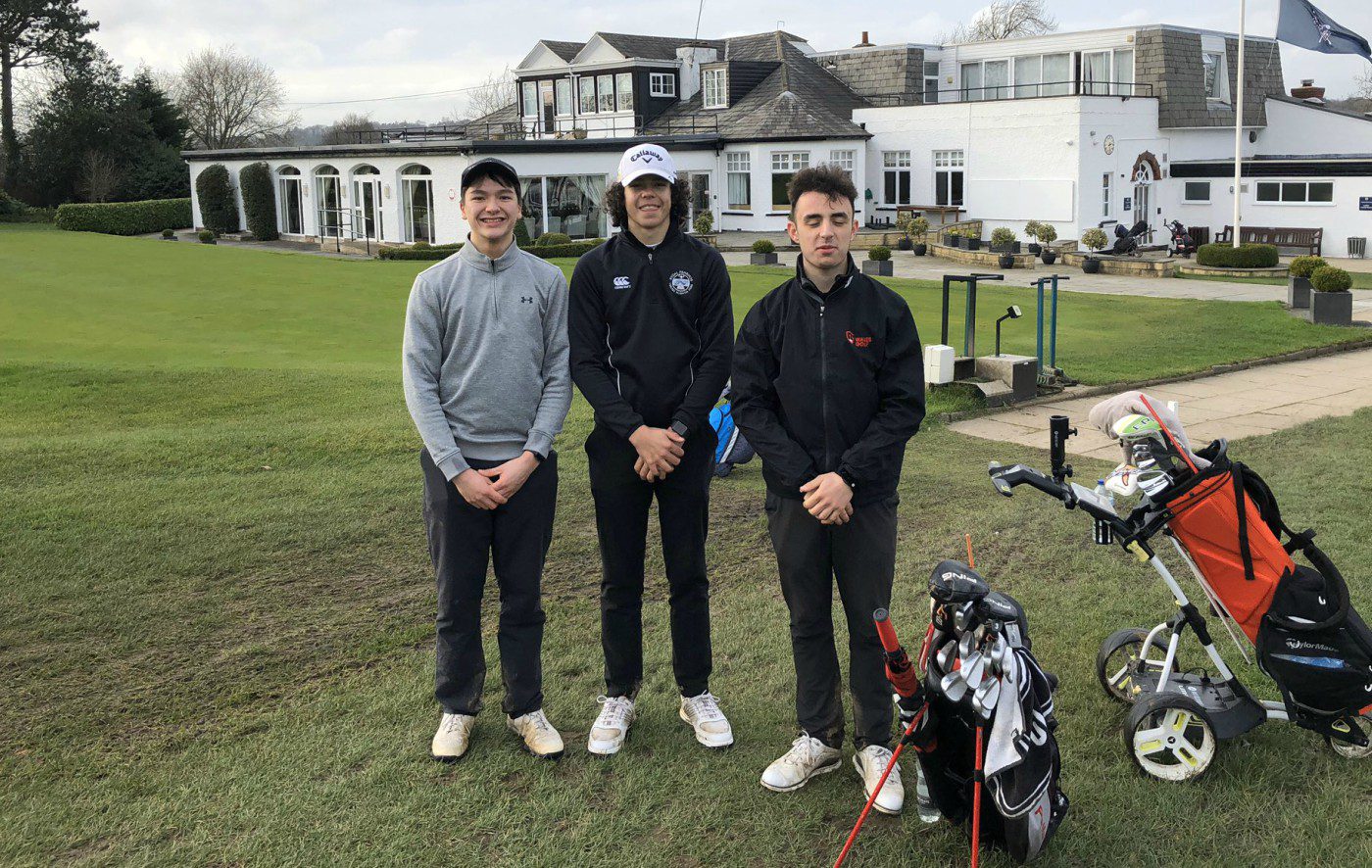 Adrian Lewis, Charley Simpson and Reuben Bather formed the squad that took on Newcastle Grammar School in the ISGA Northern Match Play Final, a title they won in 2019.

Wales U18 youth international Reuben managed to get Rydal Penrhos off to a positive start with a dramatic 2 & 1 victory after another standout round from the promising youngster.

This was followed by an outstanding performance from Adrian, who went into the 18th one up and unleashed a sensational drive that enabled him to pull further clear at the death to secure a 2up triumph.

Rounding off the individual contests was Wales U14 national champion Charley, who was also taken to the final hole by his opponent before eventually winning 2up after holding his nerve to make it a clean sweep for Rydal Penrhos in a 3-0 overall win.

The trio will now test their skills against the best young golfers in the country at the ISGA National Match Play Championships, which will take place at Formby Hall in Liverpool later this year, after retaining their northern area crown.

Adrian, Charley and Reuben are ranked in the ISGA’s top 25 national rankings following a series of exceptional results in recent months.

Senior School head Sally-Ann Harding, said: “To reach the ISGA National Match Play Championships for a second consecutive year is a sensational achievement and one that everyone involved with our Golf Academy can be enormously proud of.

“Adrian, Charley and Reuben are immensely talented individuals who work exceptionally hard on improving their game, and this has brought some significant successes to boost the programme’s reputation as the best in Wales and one of the best in the country.”