From Colwyn Bay to Kathmandu: Former pupil looks back on 40 years 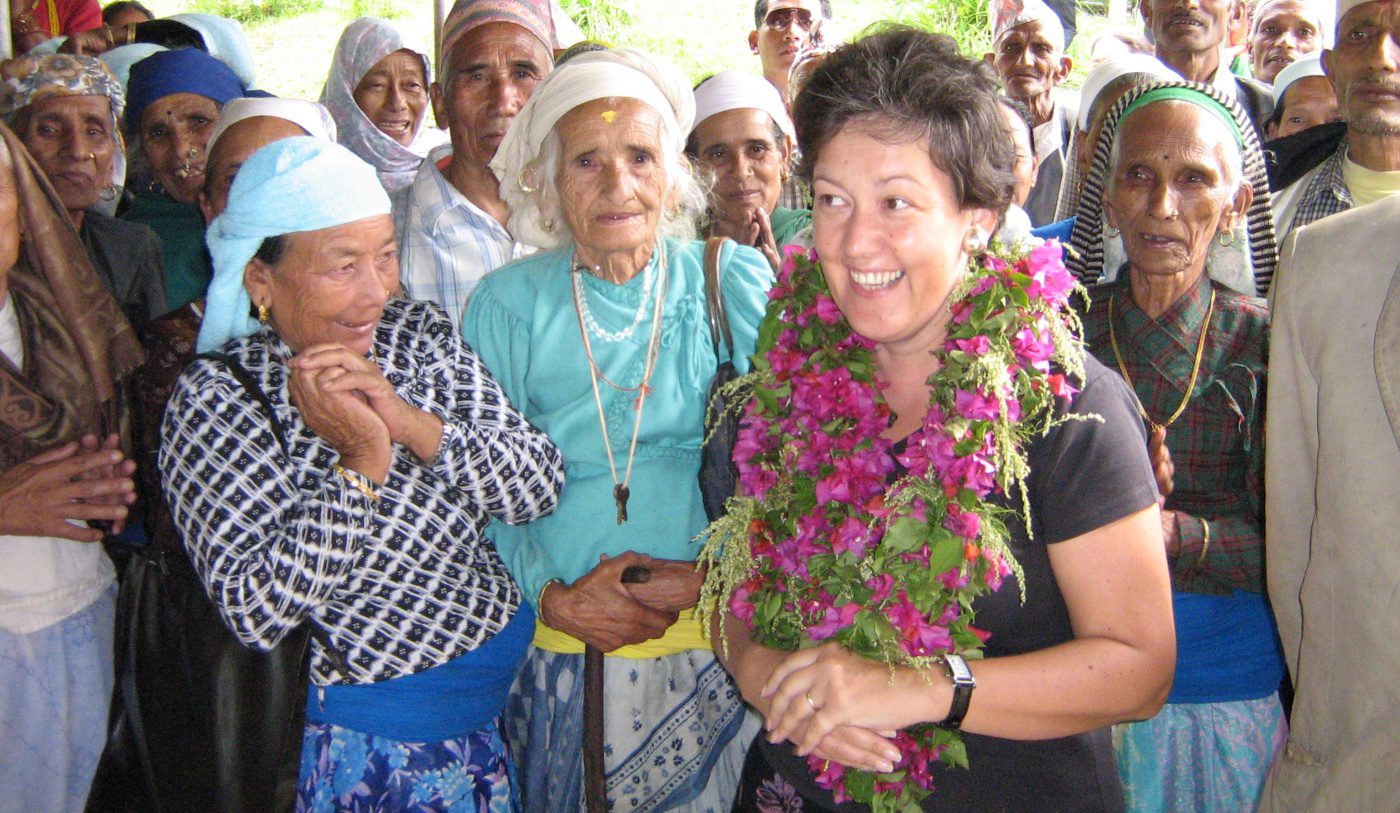 ​Former Rydal Penrhos pupil reflects on life after leaving the school, which has taken her from Colwyn Bay to Kathmandu.

To mark International Women’s Day, a former Rydal Penrhos pupil recently shared her incredible journey since leaving school that we thought would be a perfect way to celebrate the occasion.

Many women have been at the core of Rydal Penrhos’ rich history, with Penrhos College forming a large part of this before the eventual merger with Rydal School in the mid-1990s.

Anne Griffith (Whittaker), who was part of the Penrhos College community until 1983, recently spoke to the Rydal Penrhos Society newsletter about her time immediately following the conclusion of her education and what’s been an immensely eventful life ever since.

It’s been 40 years since I spent a fabulous term on an exchange with Penrhos College, Perth. En route to Australia, I had stayed with Old Penrhosian Wendy (Simpson) Lister (PC 51-57), living in Singapore with her family. It was my first taste of Asia, and I loved it.

After three fun years (and some work) at Durham University, I travelled more extensively in Asia and in 1987 was commissioned from Sandhurst into the Women’s Royal Army Corps. As an archaeology graduate, I have always said I was at a loss to explain my decision to join the army, besides the all-too-obvious link of trench digging.

My first posting was to 6th Queen Elizabeth’s Own Gurkha Rifles, two years which laid the foundation for the rest of my adult life, not least because my future husband and I shared an office! Whilst not the first woman to be attached to a Gurkha infantry battalion, there had been only a few before me, and in those days learning at least a workable knowledge of the language was essential.

A first visit to Nepal trekking to remote villages to visit welfare pensioners supported by the Gurkha Welfare Trust was the beginning of a lifelong love of a country and its people. Reaching a village after some hours of steep ascent I collapsed exhausted onto a wall, surrounded by smiling work-lean young women, all fascinated.

The Headmaster was equally shocked by the arrival of this female British Officer, and my small knowledge of the language enabled me to understand his all too clear, ‘How did this fat woman get here?’. My distress at the comment was lessened only by the clear admiration in his voice.

After a Training Officer role in North London, and two years recruiting servicewomen into the WRAC from their Headquarters in Guildford, I was promoted from Captain to Mother. I left the Army in 1992 and with our 8-week-old daughter, moved to Hong Kong. Here I retrained as an EFL teacher, sponsored by the Brigade of Gurkhas, teaching soldiers English for promotion, and proof-reading.

This was a new beginning, living with Gurkha families now as a civilian and a teacher. We left Hong Kong four years later with two wonderful daughters, initially to Shrewsbury which became our UK base, and then to the Battalion, now amalgamated as the Royal Gurkha Rifles. I continued to work in the Army Education Centre, until in 2000 we had the opportunity to move to Nepal.

For most of the next decade we lived in Kathmandu and then Pokhara. I continued to proofread for various NGOs and for personal student theses, made voiceover recordings for two French films, one on the Yeti, one on Shamanism.

I was on the School PTA and the committee of a newly-formed Cultural Studies Group, ran the Army Wives’ Club and supported a trekking company with school groups out from UK. I was involved in Amateur Dramatics first with HAMS (Himalayan Amateur Dramatics) and then The New Shakespeare Wallahs. We performed niche parodies of life in Kathmandu, classic Oscar Wilde and my last contribution was as Elvira in Blithe Spirit. Never a dull moment.

Nepal is a country overflowing with fascinating traditions and an enviable artistic and cultural heritage; there simply weren’t enough hours in the day. I was fortunate to see much of this beautiful country. In Pokhara my husband worked for the field arm of The Gurkha Welfare Trust, supporting welfare pensioners across Nepal, and on occasion I was lucky enough to join him visiting ex-Gurkhas or their widows from Bakloh in the shadow of the Indian Himalaya west of Nepal, to Darjeeling, built high against the backdrop of Kanchenjunga, to the east.

We met remarkable people – renowned adventurer Sir Edmund Hilary on his return to celebrate 50 years since the first ascent of Everest, the shy but talented Prashant Tamang, Nepalese winner of the first series of Indian Idol, and the 100yr old widow of a Gurkha pensioner who told me the secrets to her longevity had been marrying at nine, giving birth to 13 children, never eating meat and never touching alcohol.

I have failed on all counts.

The years we spent in Nepal were a joy and a privilege but set against a turbulent time in the country’s history. For so many families, life is a constant battle for survival, and for far too many children in remote and urban areas, education remains a luxury.

Such struggles in the last three decades have been exacerbated by rural depopulation and the overcrowding of urban areas following a 10-year Maoist insurgency. My husband and four others were briefly abducted by Maoist guerrillas when escorting Michael Palin to film Gurkha recruiting for his Himalaya series.

In 2001 the Royal massacre led ultimately to the end of the Monarchy, the final days of the last Hindu kingdom in the world. In 2015 Nepal suffered a devastating earthquake, still affecting many in that region.

I have been able in a small way to support and work with some incredible charities both in Nepal and back in UK, with remarkable people rescuing Nepali children forced to live in prison with an incarcerated parent, or returning those trafficked into circuses or child labour back to homes and families.

Returning to Shropshire as my late husband left the Army in 2012, our second daughter was just leaving Moreton Hall. I worked there for the next six years, running the International Summer School and holiday programmes, but with a 10-month contract so that I could return to Nepal regularly.

Recruiting international students enabled me to travel within Europe and beyond, to Russia, Japan, China, Malaysia, South Korea, Thailand, and back to Hong Kong. Two years ago I started work as Programme Director for CAIRN, a charity providing educational opportunities for the least advantaged children in Nepal.

I feel blessed that so many years after I was so lucky to be posted to the Gurkhas, I still have the opportunity to give back to a country that has given so much to me. And our daughters continue the legacy – one serving in the Army has commanded a Troop in the Queen’s Gurkha Signals, and spent eighteen months working as Assistant Military Assistant to the Colonel Commandant Brigade of Gurkhas, the other is currently undertaking a PhD with the Zoological Society of London and the University of Oxford on gharial crocodile conservation in the south of Nepal.

And so, based out of Shropshire, with my Mother still living in Rhos-on-Sea, delightfully close to where I grew up, I look back on my Penrhos years with enormous affection, the very best of memories and the dearest of friends.

When I left, it was with a sense of anticipation for what adventures and opportunities would lie ahead, instilled by the less than conventional Nigel Peacock and his spirited enthusiasm for life, and for living it.

​Everyone at Rydal Penrhos would like to thank Anne for revealing such a fascinating story to our wonderful school community. 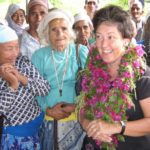 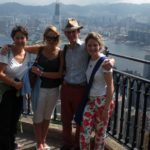 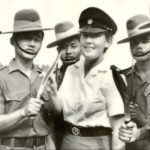 From Colwyn Bay to Kathmandu: Former pupil looks back on…