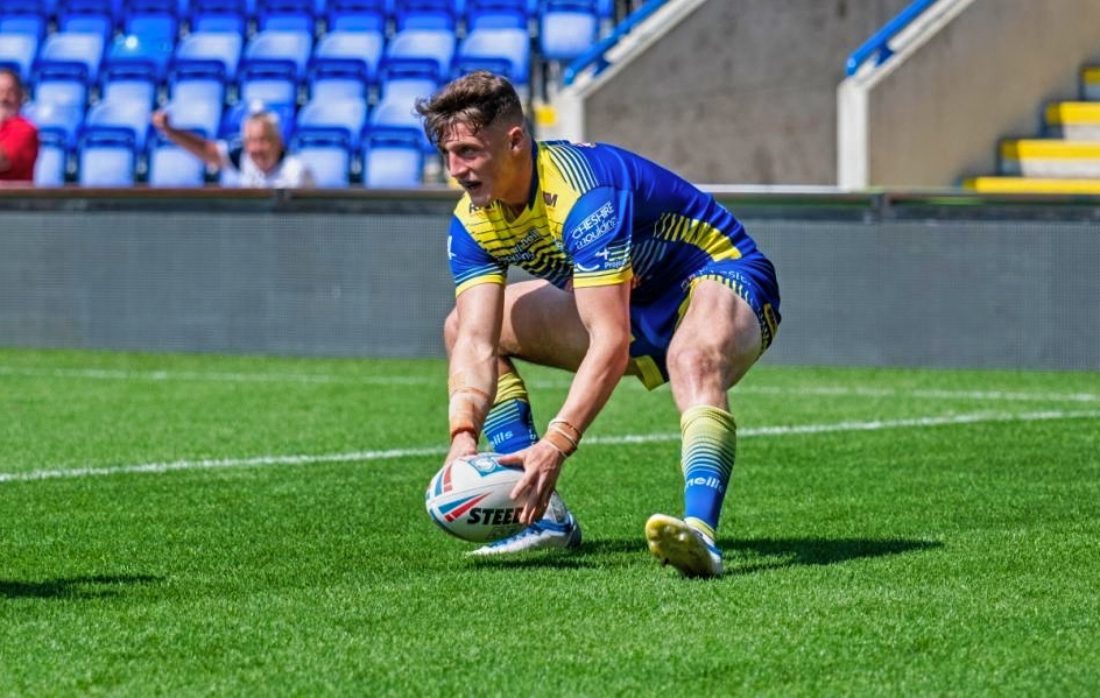 A former Rydal Penrhos pupil is rapidly emerging as one of rugby league’s brightest young talents after enjoying a Super League debut to remember.

Josh Lynch, who attended the school from 2014-18, recently signed his first contract with Warrington Wolves. After impressing considerably within their Academy and Reserve sides, he was handed a well-deserved Super League debut earlier this year against Huddersfield Giants.

The talented teenager was keen to make the most out of this opportunity, producing a hugely encouraging display and marking it with the first of what will hopefully be many tries in a professional environment.

This was the latest in a series of exceptional achievements for Josh, who developed his sporting talent early. His accomplishments in power-lifting are vast, with national titles, records and squad selections aplenty.

Josh also captained the RGC U16 side and was a member of the Sale Sharks Rugby Development programme before switching disciplines to rugby league upon leaving Rydal Penrhos.

Speaking to the Warrington Guardian, academy coach Richard Marshall spoke glowingly of Josh, highlighting what makes him such a special talent set for great things.

Marshall, said: “He’s got a bit of X-factor about him – he’s got a lot of footwork, strength and speed. He’ll clear out a backfield – I know he’s only playing academy at the moment and reserve grade, but he skittles people with the ball.

“Positionally in defence, we’ve had to do a bit of work with him and he’s really improved in that area. He was a powerlifter, so he’s got that base of core strength. He excelled in that and he’s a well-rounded young man.

“If he gets his opportunity, he’ll light up that backfield and I think fans will really take to him.”

Congratulations, Josh! Hopefully, this is the start of a glittering rugby league career.