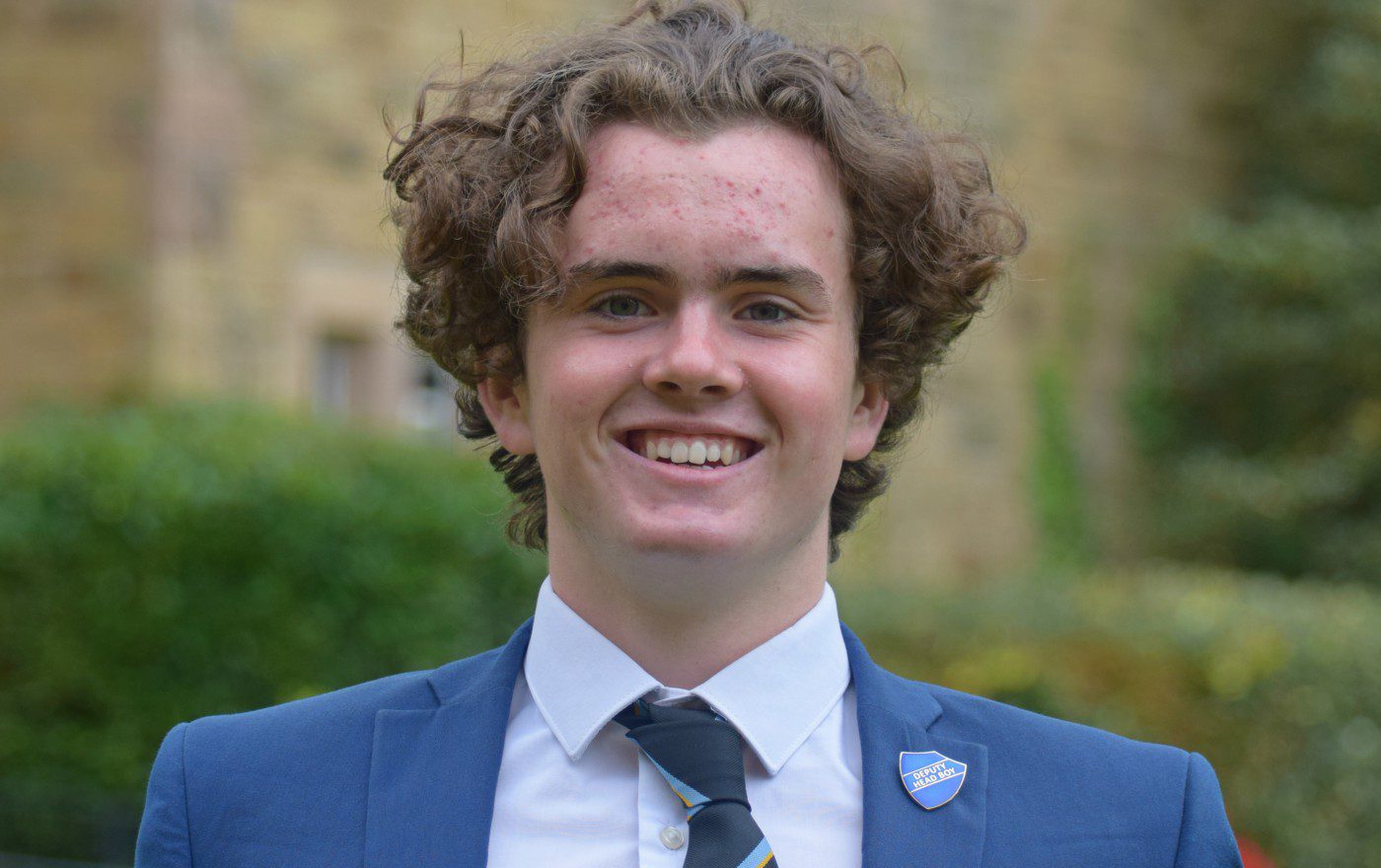 Rydal Penrhos School is delighted to announce that Kevin Farrell has been appointed as joint-Deputy Head Boy for the 2020/21 academic year.

Kevin has been a valued contributor across a large number of academic and extra-curricular areas of Rydal Penrhos life, and he successfully came through the assessment process in order to secure the role.

After a shortlist was created from votes by pupils in the year group and Rydal Penrhos staff. Candidates shortlisted were supported by both groups separately and this also involved an interview with Executive Principal John Waszek and Senior School Head Sally-Ann Harding.

Kevin will now work alongside Head Boy Richard Wolfendale and Head Girl Anna Parry-Williams in the coming months to boost the school’s profile, support younger members of the Rydal Penrhos community and emerge as strong ambassadors.

The Sixth Former arrived at Rydal Penrhos as a Year 3 Prep School pupil back in 2010 and has made the most out of the opportunities available to him.

His academic efforts have come in for significant praise during his time at the school, with Kevin developing considerably under the guidance and support of Rydal Penrhos’ exceptional teaching staff.

This resulted in some outstanding GCSE results in 2019, which saw Kevin attain three 9’s, three A*’s and a distinction in Additional Mathematics as a result of his efforts.

Kevin’s talent on the water has brought a wealth of national sailing squad selections and competition accolades over the years, and the pupil was also part of the hockey teams that scooped the Welsh Schools’ Championships.

He has also shown a real talent for performing on stage. This was reflected in his outstanding performance as Marius in the Dramatic Society production of Les Miserables and his vocal ability at events such as the Christmas Concert.

The teenager is following in the immediate footsteps of his brother, Eddie Farrell, who was joint-Deputy Head Boy alongside Ollie Gibson last year and has now moved on to the University of Durham after some incredible A Level results this summer.

Kevin is a fine example of what can be achieved from a Rydal Penrhos education, which centres on a strong academic ethos coupled with a rich and encapsulating extra-curricular provision from Pre-School to Sixth Form.