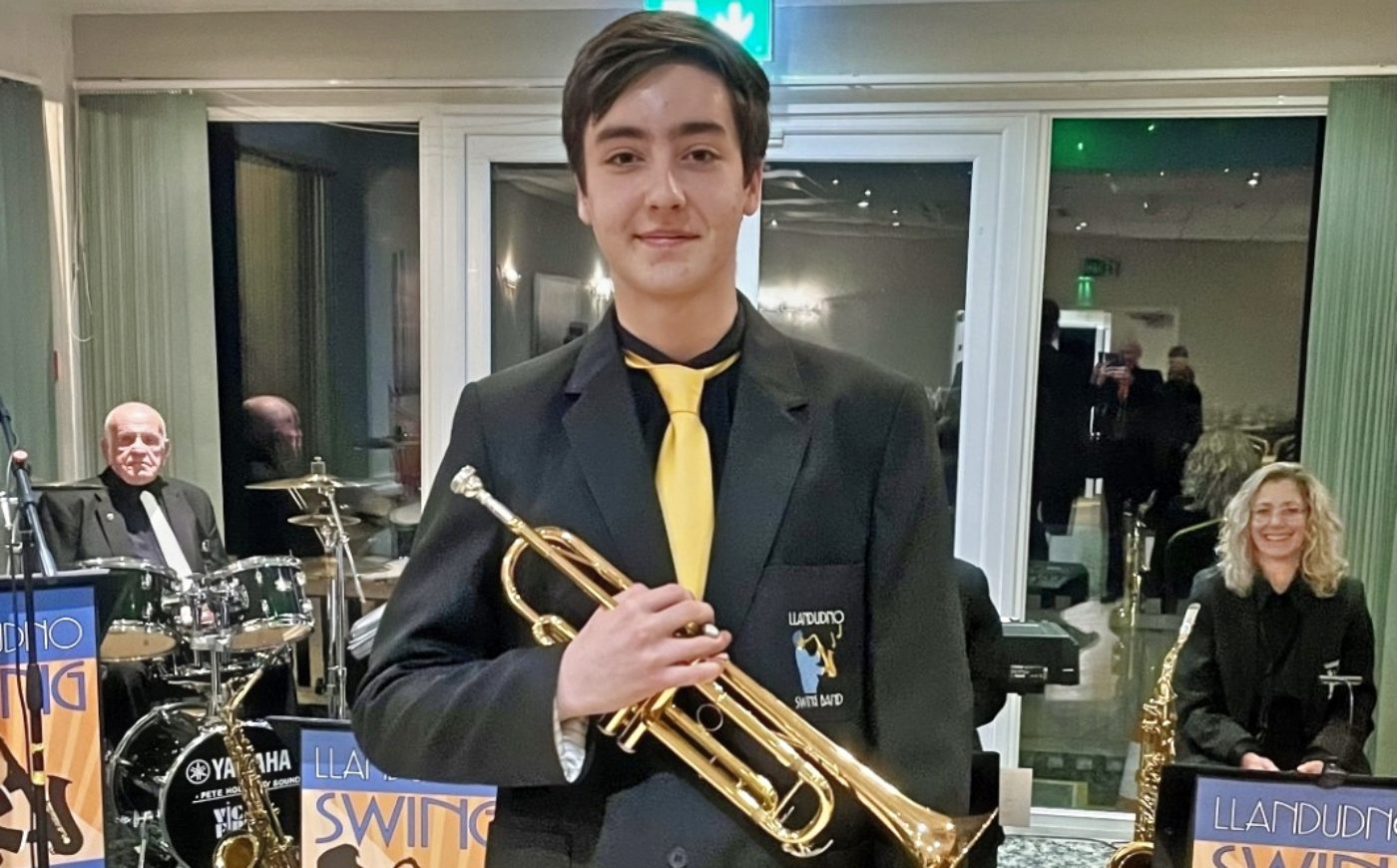 We are fortunate to have a wealth of gifted musicians across Rydal Penrhos. Our pupils often choose music as part of their GCSE and A Levels later in school and develop skills on specific instruments from an early age under the guidance of specialist tutors or teaching staff, who are on hand to assist and advise every step of the way.

This not only comes with superb examination success in recent years. But pupils are also given the opportunity to perform at school events and many also look to gain additional qualifications from the Associated Board of the Royal Schools of Music or other awarding bodies.

Not only this, but many musicians also participate in community initiatives and groups to gain additional performing experience.

Year 13 pupil and accomplished trumpet player, Ethan Bytheway, is another thriving musically and recently made his debut with the Llandudno Swing Band, which recreates the music of the wonderful big band era.

Ethan has been a prominent musician throughout his time at Rydal Penrhos, regularly performing in concerts and playing the Last Post at Remembrance Day services. He participated in his first swing band performance during a fundraising event held at the Colwyn Bay Cricket Club.

Mr Clive Wolfendale, who is the Llandudno Swing Band’s musical director and a Rydal Penrhos governor, said: “Ethan is a very promising young trumpeter and we are delighted to give him the opportunity to widen his playing experience with the swing band.”

Ethan is in his final year of A Level studies and is looking to build on his outstanding GCSE Results, where he attained six A* grades, three 9s, one 8 and a Distinction in Additional Mathematics.

He is also an enthusiastic member of the recently formed Rydal Penrhos Community Wind Band, which rehearses on Wednesday evenings in the school’s Drama Studio.