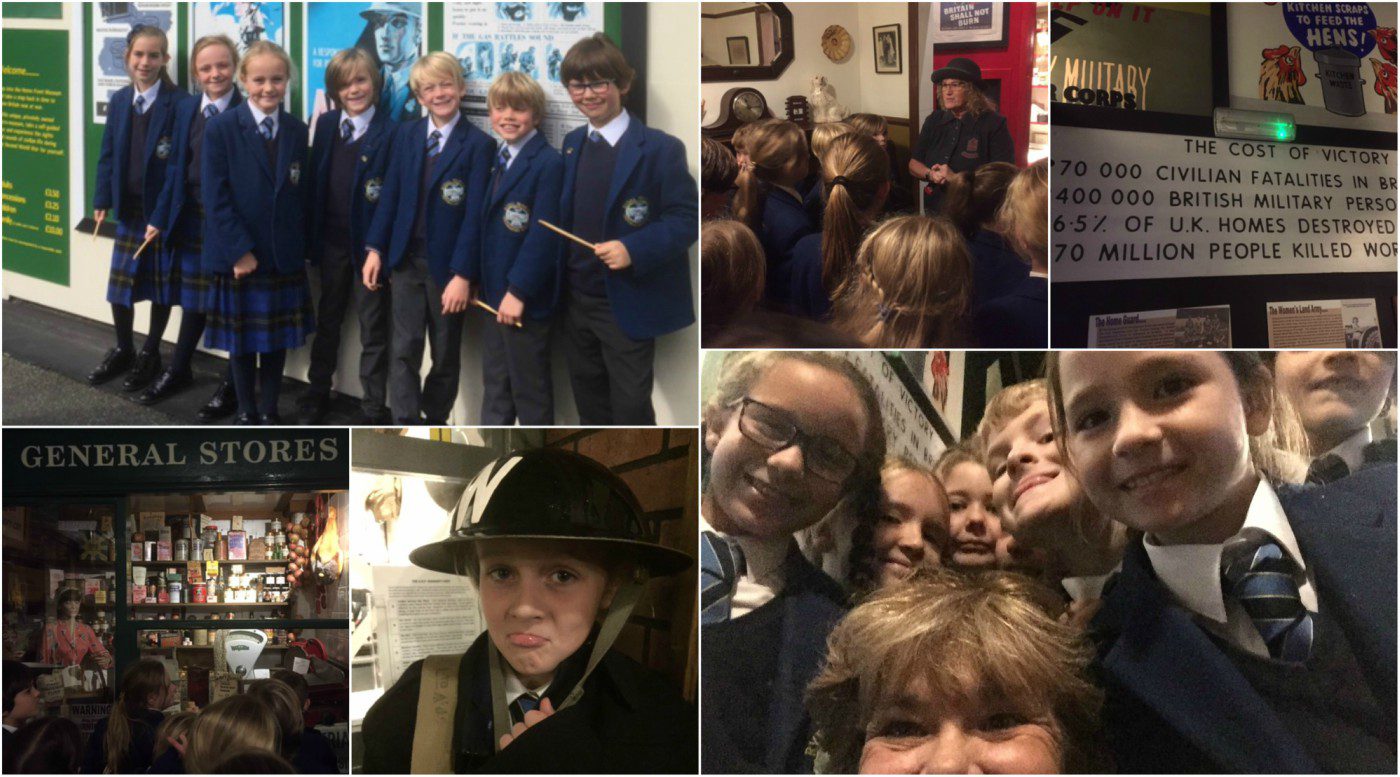 A group of Preparatory School pupils got the chance to learn more about life during the war on a recent visit.

The Year 4 contingent at Rydal Penrhos made the short trip to Llandudno on Monday, September 23, where they visited the resort’s Home Front Museum to enhance their learning on World War Two.

During the trip they found out about what it would have been like to have been a child living in the UK during the war, including the black out, rationing, evacuation, and some were given the opportunity to dress up as an Air Raid Precaution (ARP) Warden.

Teacher Catherine Culver, said: “The children were very well behaved and learnt a vast amount about life at home during WW2.

“Unlike previous trips, we had a guide this year and she expertly led the children around the museum and answered as many questions as she could.

“The children (and the staff) were most upset to find out that families had to kill their pets because there wasn’t enough food to feed people, let alone animals.”

The group also explored plenty of interesting facts including how road signs were swapped round to confuse the Germans if they did invade and black cows were painted with white stripes to keep them safe during the black out.